The United States always had a tradition of academics and policy wonks flitting in and out of government for short periods. 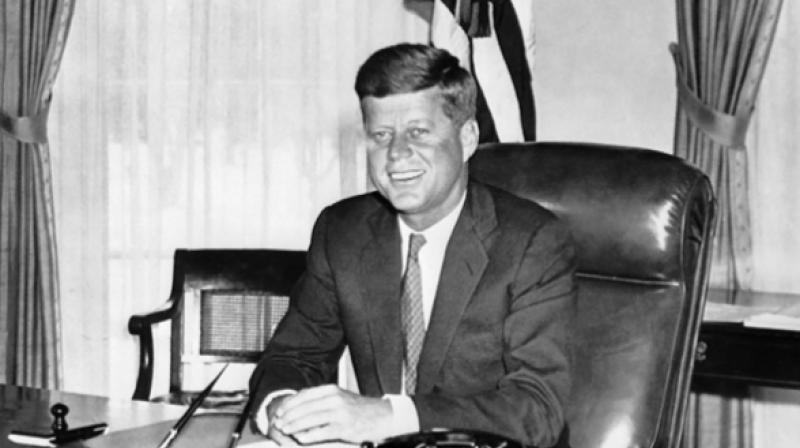 John F. Kennedy himself wanted to join the Harvard faculty after completing his second term, and hence his family endowed the Institute of Politics and the Presidential Library to be a part of Harvard. (Photo: AP)

The word “think tank” owes its origins to John F. Kennedy, America’s 35th President, who collected a group of top intellectuals in his White House — people like McGeorge Bundy, Robert S. McNamara, John Kenneth Galbraith, Arthur Schlesinger and Ted Sorenson, among others, to give him counsel on issues from time to time. He described it as having them on tap and on the turn of the spigot, good advice was on hand. He called them his “think tank”. Kennedy, describing their first dinner meeting, said the White House never had so much brilliance and brain power in its dining room since Thomas Jefferson had dinner alone in it.

The United States always had a tradition of academics and policy wonks flitting in and out of government for short periods. Most of these academics came from top institutions like Harvard, Yale, Princeton and Stanford. But very few academics would trade in a tenured professorship for a White House or top administration job. Universities would give leave of absence for upto two years, after which the job was lost. America’s academics still prize a tenured professorship to even a Cabinet post. In fact, they often see even a top government job as a kind of public service.

When I entered the Kennedy School of Government at Harvard as a Edward S. Mason Fellow in 1981, Nobel laureate Thomas Schelling introduced Edward Mason to my class by saying: “When I joined the Harvard faculty, Ed Mason was already a big man. We used to hear that he would one day become secretary of state. But Ed Mason went one better. He became dean of the School of Government!” This only shows how much a top job in academia is prized in the US. John F. Kennedy himself wanted to join the Harvard faculty after completing his second term, and hence his family endowed the Institute of Politics and the Presidential Library to be a part of Harvard. That didn’t happen, but the School of Government was renamed the Kennedy School.

In India, think tanks are not really places where any thinking is done. They are mostly talk shops where retired bureaucrats and generals shoot the breeze. Discussions are usually full of the “I think” and “I believe” stuff that New Delhi is already so full of. Few do any research. Even fewer can write. Frankly, I am surprised that three of our think tanks actually figure among the top 100.

Most of India’s think tanks are in New Delhi, not surprisingly, as the NCR has the maximum number of retired officials — still anxious to serve the nation. And this service often pays off with jobs in government on a rehire basis. The top think tanks in New Delhi are government supported and funded. The security think tanks like CLAWS, CAPS, NMF and IDSA are adjuncts of the armed services and the defence ministry. Most of the time they function as lobbyists for the service headquarters that funds them. The government appoints the head of IDSA. The United Services Institution is not a think tank, but from time to time fancies itself as one. The economics area think tanks such as ICRIER, ICAER, etc derive their funding largely from the government and multilateral bodies. The prestigious Centre for Policy Research (CPR), located in New Delhi’s posh Chankayapuri, was originally funded by the Ford Foundation, but now largely self-supports itself doing mostly government projects.

In recent years we have seen the emergence of many privately-funded think tanks. The Observer Research Foundation, initially funded by Reliance Industries Ltd, has of late shown a degree of entrepreneurship that Dhirubhai Ambani himself would have approved of. It now raises a good part of its funding from the government and foreign institutions. Late last year, the Brookings Institution, America’s biggest and most prominent think tank, made its entry into India, with Brookings India lavishly and slavishly funded by a galaxy of Indian industrialists.

Vivekananda International Foundation (VIF) is a RSS-funded think tank and the stable currently in favour. It too has a very small body of seriously cerebral work to show. It too was mostly a talk shop and a pamphleteer for the Hindutva cause. I see nothing wrong in the RSS having a think tank of its own. Some think suggests that all is not blind belief. One day I hope the VIF puts out a study that nuclear weapons and even aircraft are of relatively recent origin, and not technologies that were forgotten with the Vedic period!

Many think tanks have of late found a new line of activity and sustenance as event mangers for various ministries. The external affairs ministry is very short-staffed and is also seriously lacking in intellect. Therefore it has to farm out workshops and lecture events for visiting delegations and dignitaries to the think tanks. Many foreign arms manufacturers also sponsor seminars, which subtly push a certain line or weapons system. Some years ago, CAPS organised a lavishly mounted “seminar” at the Oberoi Hotel mostly focused on the MMRCA and other pending modernisation projects. Companies like Boeing, Lockheed Martin and Raytheon sponsored the event. No guessing on why they were interested.

I am very concerned by the emergence of Brookings so close to the policy making centre in India. Already we have CII and Ficci, which serve the interests of its member companies, Indian and foreign, cloaking their lobbying as “common good” policy suggestions. CII, in the era of Dr Manmohan Singh and Montek Singh Ahluwalia, played a major role in shaping India-US relations. It actively lobbied for a closer engagement with the United States. In fact, the head honcho of CII those days, a man named Tarun Das, made it his life’s mission to make India a full-fledged American ally. After CII, and a teary farewell on TV after being outed in the Nira Radia tapes, he now runs something called the Aspen Institute, also devoted to closer Indo-US ties. Aspen is now the counterpart of the now-defunct Indo-Soviet Council on Understanding (ISCUS), where people like Inder Kumar Gujral and Hemvati Nandan Bahuguna cut their teeth.

Having said all this, I still believe that it is a good thing that think tanks are mushrooming in New Delhi. They provide a platform for discussion, even if they shed more heat than light. With Parliament almost incapable of any serious debate, informed discussion and civilised discourse, where does this nation get its intellectual churn? Thank God for the think tanks. As that famous man said: “Let a hundred flowers bloom; let a hundred schools of thought contend.”