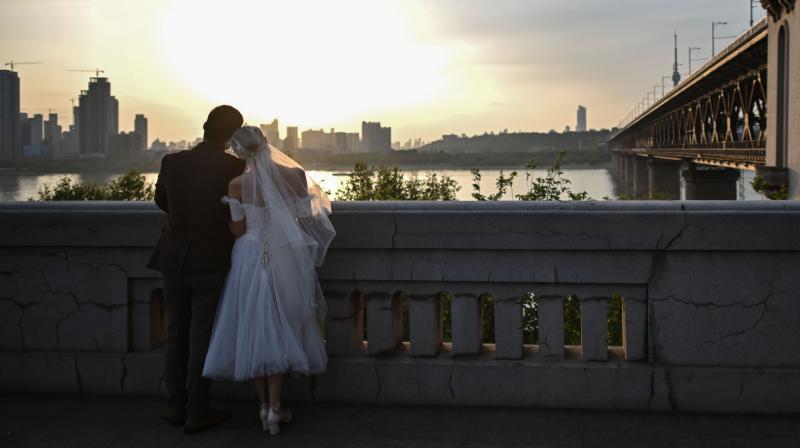 Today, the gender roles have changed, or are at least changing

Preetham had an argument with his wife Sowmya, he had to listen to her sermon of how drinking is bad and how he has to be responsible by coming back straight from office and how he must inform her in case he is delayed. He envied his bachelor friends who are not answerable to anybody. He wished he remained single and did not fall into the trap of a life long imprisonment through marriage.

He should have listened to his uncle, who remained single even at age 60.  He told Preetham, “Marriage is actually a female plot to enslave men in exchange for sex.”

Nothing can be more farfetched that that!

There is a fair amount of evidence to show that men actually get a better deal in a marriage than women do.

Marriage protects men from depression and makes women more vulnerable to it — twice as many married women are depressed as compared to married men. Studies have shown that at all ages, husbands report higher levels of marital satisfaction than the wives.

Single women report more life satisfaction than married women; the opposite is true of men.

Husbands who lose their wives have lower survival rates than still married men. Widowhood, by contrast, seems to have no effect on women’s health.

The 1994 “Sex in America” survey found that those who were happiest with their sex lives (88 percent of respondents) were married people. In contrast, the least satisfied were those who were not married, not living with anyone, or who had at least two sex partners.

It all suggests that “pair-bonding” is a trademark of the human-animal. It is one of the five universal exigencies of being human.
Here are a few suggestions for making your pair-bonding work:

Don’t marry a person who doesn’t like you: Do not assume that all will work out well after marriage. Check the comfort levels between your prospective mate and her parents. The best indicator of how someone is going to be in a family is how that person has been in a family before.

Be honest: Be frank with your interactions with her. Do not hold back information from her and make sure you do not have to do so.

Fidelity: This is a decision, not a feeling or inclination. Monogamy is much more likely to give you a sense of direction and stability for a lifetime.

If the one you love makes you cry, they are not worthy of your love because the one who loves you will never make you cry.