Yoga is essentially a union, goes on uniting the fragments of one’s personality and integrating them as the whole. 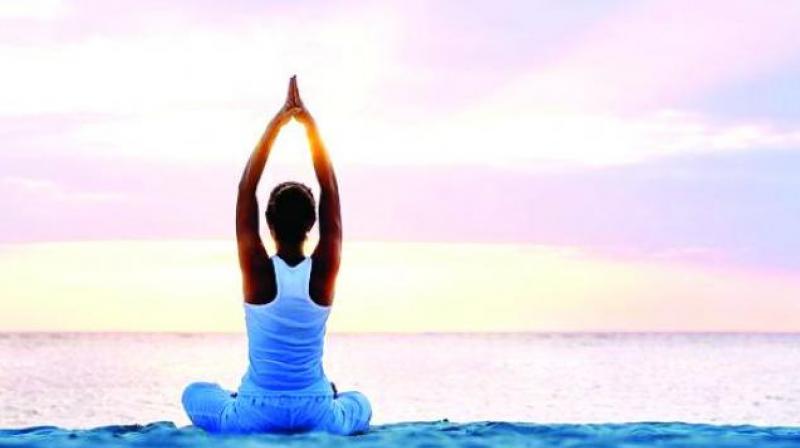 It is interesting to see how Arjuna’s anguish and depression were turned into a yogic state.

There are so many streams of yoga, from Hatha yoga to Raaj yoga and so on. In the Bhagavad Gita, every chapter is called Yoga. Even Arjun’s anguish, which is the triggering point of the Gita becomes a yoga: Arjun Vishad Yoga. This is so heartening for the layman, it opens doors to everybody; in whatever situation they are, that they can transform it into a yoga. Yoga is essentially a union, goes on uniting the fragments of one’s personality and integrating them as the whole.

It is interesting to see how Arjuna’s anguish and depression were turned into a yogic state. The credit goes to the enlightened consciousness of Krishna. Osho delves deep into this phenomenon. He says Arjuna’s anguish is very religious; it has a momentum. Having a close friend as precious as Krishna, he could easily have surrendered and followed him. But he struggles with Krishna. The courage to struggle with Krishna is no ordinary courage. One’s very heart feels like saying “yes” in the presence of a person like Krishna. Saying “no” to such a person is painful. But here is Arjuna continuing to question. He puts the person Krishna to one side and doesn’t give up his questioning. Arjuna is a sceptic, he is not a trusting man in spite of being Krishna’s favourite disciple. His theism is based on doubt. It is his constant questioning and Krishna’s answers that have made the Gita so lengthy and so multidimensional.

Osho reminds us that Arjuna represents human consciousness and this is why he is so special. And the Gita is so special because it portrays the basis of man’s inner state of mind. Krishna’s continuous struggle with this state, which is represented in Arjuna; this dialogue, this debate that Krishna is having with Arjuna; Krishna’s monumental efforts to pull Arjuna back again and again towards the divine — and again and again Arjuna’s limbs giving way as he wants to fall back into the animal state…

Those of us who are like Arjuna, are restless and troubled. Restless, because where they find themselves does not seem to be a place worth making a home. They have evolved a long way from where they originally began, so it is not possible to fall back, but they have no idea about the destination that they have not yet reached. How do they get there? Where is the shrine located? They have no idea at all about this.

Krishna, too, is amazing. He could have used the power of his glory and silenced Arjuna. Had he had any desire to be a guru, he could certainly have done that. But one who is truly religious never has any desire to become a guru. When godliness itself is present everywhere, there remains no need for the individual to be a guru. And one who trusts existence doesn’t look at seekers’ questions with condemnation, because he knows that existence is there to take care and that if this person is raising questions, he is already on the journey.

Arjuna has the same quality of being like that of Sartre or Bertrand Russel. They are intensely intellectual, agnostic; they don’t rely on borrowed knowledge, they are ready to go through the fire test to find their own truth. Had they met someone like Krishna they would have flowered into an enlightened consciousness.