Bollywood which used to be a big leveller and unifier two decades ago, is no longer that magnet. 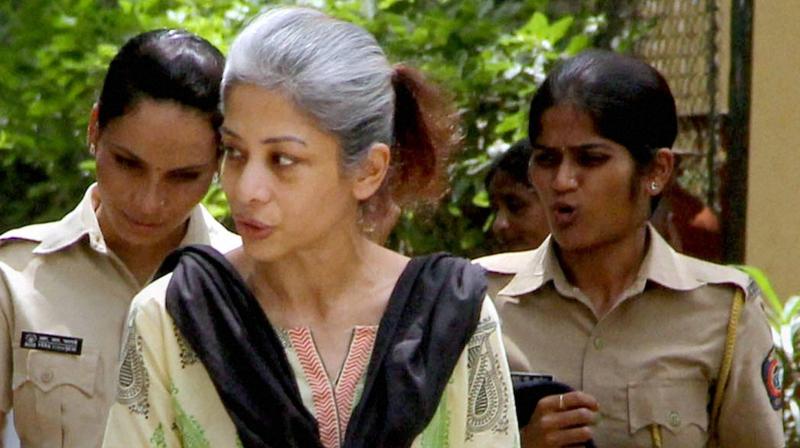 The only murder suspect left unnamed so far in the sordid Sheena Bora saga, is the family’s pet dog. With Indrani Mukherjea’s latest salvo against her husband  (Yes. they are still married!), Peter Mukherjea, yet another twist in the tale has taken place. Indrani now claims, she is the real victim in this crime, which was actually master-minded by Peter, the driver-turned-approver, and possibly, other interested parties. So far, she has not named Peter’s son and Sheena’s boy friend, Rahul. But I see that happening somewhere down the line. It has taken Indrani a pretty long time to dramatically alter the script. But now that  it has happened, maybe Peter will stop sharing his home-cooked food and Subway sandwiches with his estranged wife, as they grab some precious time together in the police van.  Yes, this murder is still on the front pages of leading newspapers. And no, people aren’t sick of it.

Just as people aren’t sick of the fate of Padmavati.  There is something incredibly compelling about the lives of doomed women, that makes us hang on to every gossipy scrap thrown at us. At the time of writing, Deepika Padukone has boldly stated that India has “regressed”, which is an elegant understatement. Her beleaguered director, Sanjay Leela Bhansali, has been provided police protection, given the escalating protests against his magnum opus in North India. Now comes a Rs 5 crore bounty on their heads. I wonder if the Meerut-based Thakur has even 500 bucks in his bank account. Threats cost nothing! Mercifully, South India has stayed out of the Padmavati debate. I figure South India has enough problems of its own to sort out to bother about a Bollywood movie.  Last week, I happened to be in Chennai to attend a wedding. I randomly asked people what they felt about Padmavati being targeted. Most looked puzzled and asked , “Who is Padmavati? A new politician?” I explained patiently Padmavati  is the most talked about, most eagerly awaited movie of 2017. More shrugs. I mentioned Deepika Padukone and said she was playing Padmavati, the Rajput queen, who may or may not have existed. At this point, there was a small glimmer of interest as they smiled broadly and exclaimed , “ Oh... ‘Chennai Express’!” Well... if that’s how you see it!

About the Sheena Bora case, there was zero interest, and even less curiosity. North-South. Two entirely different worlds. And growing apart rapidly. I cite the two examples ( Sheena Bora and Padmavati) only to illustrate a bigger point – there seems to be little or no connect left across India, in terms of our levels of engagement, whether it concerns political issues or popular culture. It is the same story when I visit Kolkata. East-West are pulling in different directions as well. Bollywood which used to be a big leveller and unifier two decades ago, is no longer that magnet. Each state has developed a strong brand of cinema of its own, and does not depend solely on Bollywood for mass entertainment. The language of cinema itself, has become a prickly issue, as was evident with the “Nude” controversy recently. The divisiveness we talk about, is far more pervasive than is acknowledged. Our reference points have altered dramatically, and that is evident from the way we celebrate weddings and our many festivals. The rise of what is loosely called “regionalism” is a good thing and a bad thing. Regional pride is being tapped into as never before in our short 70-year-old  history as a nation. Some would like to call it a “Back to roots” movement. I am not so sure.

I was keen to buy a traditional Kancheepuram saree in Chennai. I was directed to two or three popular shops. Now, I am a bit of a purist when it comes to sarees. I don’t like hybrids. As I went from one store to the next, I felt increasingly disheartened. The shop keepers were showing me sarees that may have been attractive enough, but were far from traditional. After a massive and very focused search, I finally found a gorgeous store housed in a 120 year old colonial building, that had racks upon racks of the real McCoys. I greedily bought two. But more than the beautiful sarees, it was the conversation I had with the well-spoken well-mannered sales staff that made me feel vastly reassured about the future of our marvellous weavers. These are the “threads” (literally!), that bind us. We should never lose sight of them. Our commanlities far exceed our differences, but we prefer to concentrate on the latter. Politically, too, we are obsessing in an abstract way  about our nebulous ‘future’ while losing focus on our present.

Just as the original Kancheepuram saree must survive, so must our faith. At the moment, we are like a frayed carpet, with moth-eaten edges and gaping holes in it. We are not listening to each other’s voices. We have failed to acknowledge one another’s fears. Monitoring popular culture while tracking the fate of a blockbluster movie or a high society murder, is a worthwhile exercise to undertake sometimes. It often  provides valuable insights into our shifting concerns on multiple levels, in a far more meaningful way, than all the in depth analysis undertaken by think tanks and similar bodies.

As for me, I am breathlessly awaiting the verdicts on both - Padmavati and the Sheena Bora case. Tragedy can be so addictive.