The news coverage of the Church of England’s statement is ambivalent. 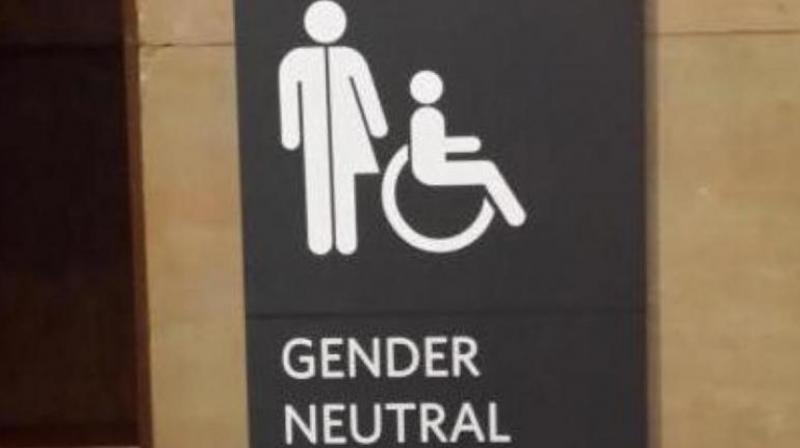 The battle for female equality is centuries old but triumphed in significant ways through the latter decades of the twentieth century in very many parts of world. (Photo: YouTube)

“Sometimes I recall fragments
Of songs that don’t exist
The tune, the lyrics, the twist
The insistence of the line:
“Where was the girl who stole the sunlight?”
A phantom girl,
The eclipsed sun that didn’t shine...
From Hai Mishter Tamburaja by Bachchoo

The Archbishop of Canterbury has issued an injunction, a piece of advice rather than a fatwa, that nursery and infant school teachers ought to allow children under their care to choose their gender orientation. They ought to be able to choose whether they wear ballet tutus or superman uniforms, regardless of whether they are boys or girls.

I agree, and can see no harm in it. As an infant growing up in Pune I remember raiding the decrepit leather suitcase on the back veranda full of my aunts’ discarded dresses and high-heeled shoes, trying them on and parading round the house. I wasn’t allowed out in this attire but my adopting it never met with objections. “Boys will be girls in play” seemed to be the familial assumption.

Does he mean that girls who like to play with guns and identify with Batman should have plastic surgery to simulate penises and hormone therapy to give them beards?

Or is he saying that a four-year-old boy who wears his aunts’ discarded apparel should be appreciated as gender-confused and have his penis and testicles amputated and replaced through years of surgery with a pseudo-vagina?

Perhaps the prelate is saying none of these things, but he and his established church are certainly making an attempt to identify with the frontiers of the struggle for equal rights.

It began in the western world with a fight for racial equality. It was a world-wide inevitability, from the militant and political fight to end apartheid in South Africa to the Civil Rights movement in the USA and the movement for those rights by ex-colonial immigrants in the UK and Europe.

The battle for female equality is centuries old but triumphed in significant ways through the latter decades of the twentieth century in very many parts of world.

The recognition of gay rights in the West followed, not through mass insurgency or a militant uprising, through the logical extension of racial and feminist advocacy and advance.

That’s not to say that there wasn’t vociferous and militant gay advocacy, but it triumphed through the general victory of race, gender and sexual-preference equality in societies that profess to be liberally, rationally, democratic.

And so to an increasingly popular idea among some of those who fought for, or passively benefited from, race and sex equality and gay rights that people who feel that they are born into the wrong-gendered body should be afforded political and social recognition. Western societies seem to have accepted that this is a prevalent human condition and people who feel that they were born into the wrong gender should be recognised as trans-gender. If I feel I am really a woman, I should be afforded the status of one, regardless of the sexual organs or chromosomes I was born with.

I realise, through having discussed and scrutinised this assertion with sisters, daughters and friends that questioning whether the ‘feeling’ that you are n the wrong body has any basis is tantamount to declaring in Mecca that God can’t dictate books. Trans-gender ‘feeling’ is religious and not rational territory. Why?

Because all religions believe that humans have a body which a soul inhabits. They believe in a ghost in the machine, a conscious thing enclosed in a box of flesh. Anatomical science tells us that the brain, a muscle, thinks and feels, that the body as its chromosomes determine is the person. There is no ghost or sprit rattling about in the box. The box is all.

Of course one’s brain may “feel” that one is of a different race – that though you were born Caucasian with a white skin you feel you are really African and want surgical intervention to change your skin colour and plastic surgery to change your features.

The “feeling” that this spirit, soul, self, trapped inside an alien can go further. It can feel that it’s an elephant trapped in a woman’s body. Should the world recognise her right to have a trunk transplant, grow as large as hormone treatment can grant, have surgery on her limbs and drugs to turn her skin grey and thick.....?

Yes, these are absurdities, but surgical and anatomical experts tell us that they can amputate penises and testicles and fashion vaginas of sorts in their place, but that doesn’t turn a man into a woman.

The Archbishop’s statement rings some alarm bells. Does it sanction parents to assess their children as trans-gender candidates and put them through surgical transformation? Surely the law should protect young children from gender mutilation because their parents believe that their little boy as a girl trapped inside him?

The right of the individual in free societies to subject themselves to surgery is not in question. Nor is the fact that people can freely assert their gender.

But will say a man who says he is a woman be granted the right, as is being mooted and implemented in parts of the West, to avail of female-only changing rooms and lavatories?

And if I feel I am a dog trapped in a Parsi body, can I be legally allowed to urinate on trees and lampposts in public? Bow wow!