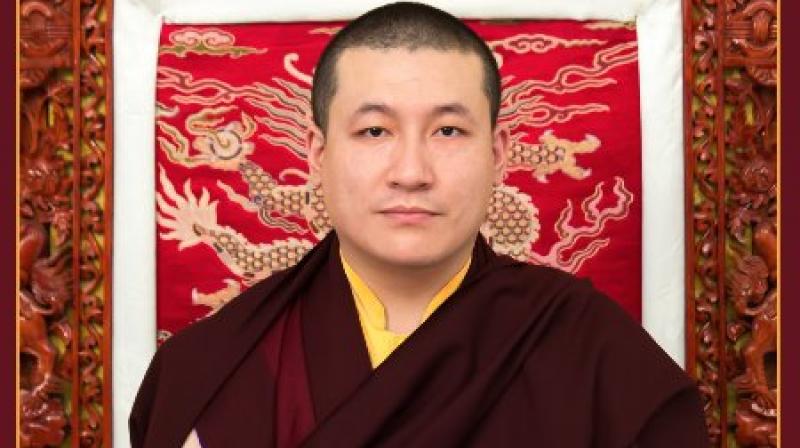 This potential lends special significance to a meeting held on October 10 on border of France and Switzerland. The two rival claimants to the title of the 17th Karmapa, head of the Karma Kagyu sect of Tibetan Buddhism — Ugyen Trinley Dorje and Trinley Thaye Dorje — met to get to know each other.

They issued a “joint statement” which said: “While we were together we also talked about ways that we could work to heal the divisions that have unfortunately developed within our precious Karma Kagyu lineage in recent years. We view it as our duty and responsibility to do whatever we can to bring the lineage together.”

Although some in the intelligence community in India have dubbed him a “Chinese agent”, Karmapa Ugyen Trinley Dorje could emerge as the tallest Tibetan figure after the Dalai Lama after the reconciliation attempt in France.

The Karma Kagyu is one of the four major sects of Tibetan Buddhism, the other three being the Gelug (the Dalai Lama’s lineage), the Nyingma and the Sakya. On political matters, though, most Tibetans defer to the Dalai Lama because of his personality.

Ugyen Dorje, who is recognised by the Dalai Lama as well as China as the 17th Karmapa, is the inheritor of the Black Hat seat at the Rumtek Monastery in Sikkim. Thaye Dorje, the rival claimant, was discovered as the Karmapa reincarnation by Shamar Rinpoche, the second-highest lineage holder monk of the Kagyu sect. Ugyen Dorje had met Shamar Rinpoche in 2008 against the wishes of his senior advisers — Tai Situ Rinpoche and Gyaltsab Rinpoche, who had identified him as the Karmapa reincarnation. This meeting did not lead to anything.

In March 2018, after the Tibetan New Year, or Losar, Ugyen Dorje recorded an impromptu lecture to his followers talking of the need to bridge divisions within the Karmapa lineage.

It was the Thaye Dorje faction, however, which made the first overture to Ugyen Dorje. Thaye Dorje had got married in March 2017. This diluted his claim as the 17th Karmapa as monks of the Kagyu sect take a vow of celibacy. The late Shamar Rinpoche’s brother, Jigme Rinpoche, general secretary to Thaye Dorje, met Ugyen Dorje about a month ago, in New York, setting the stage for the meeting in France.

The meeting has brought several issues to the fore, which will have to be settled before any reconciliation.

Those who enthroned Ugyen Dorje have spent a lifetime portraying Thaye Dorje as the pretender. And now the man they supported as the Karmapa has legitimised his rival. Karmapa Ugyen Dorje would, therefore, have to bring his senior monks on board.

The Dali Lama’s reaction to the reconciliation attempt matters, and whether he decides to help with the reconciliation process or not will be important. He was not taken into confidence before the meeting and he does not recognise Thaye Dorje as a Kagyu Tibetan Buddhist leader till now.

The Dalai Lama could recognise both Ugyen Dorje and Thaye Dorje as reincarnations of the 16th Karmapa by designating one as the “head” reincarnation and the other as the “heart” reincarnation. Tibetan Buddhism allows one lama to reincarnate in two persons. However, if he resolves the Karmapa issue in this way, he would be under pressure to do the same for the Panchen Lama — there is one recognised by him and another by China.

In all likelihood, therefore, if the position of Karmapa Ugyen Dorje is strengthened, he will emerge as the potential candidate to stabilise Tibet. Though he may not like to assume a political role, he may not be able to avoid it.

This puts pressure on India to engage him better than it has in the 17 years he had been here. Ugyen Dorje’s movements in India and abroad are restricted by the government. He has not been able to buy land in India to set up a permanent place to stay in exile. He is forced to stay in two rooms allotted to him in a monastery of the Dalai Lama sect in Dharamsala.

Fed up with these restrictions, he has refused to return after he left India last year for the United States, ostensibly for three months. He has repeatedly said he wants to come back to India, his first country of refuge by choice. As of now, however, the Indian government appears to be unsure if it should back the possible future leader of the Tibetan movement.