Opinion   Oped  18 Jun 2019  Why any sign of creeping fascism must be resisted
Opinion, Oped

Why any sign of creeping fascism must be resisted

This theory was used to capture the state and scrap the Weimar Constitution. 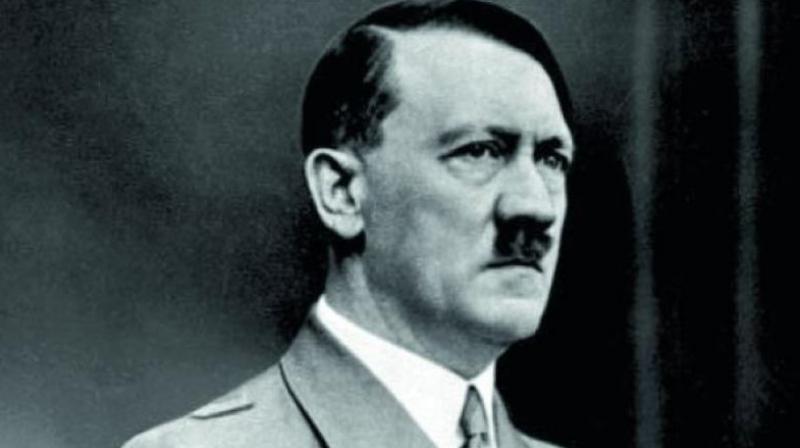 The world has been observing anniversaries of important signposts during the final phase of the Second World War, such as the Soviet forces’ entry into Berlin, and the Allies’ victory in Europe. These celebrations will continue till the middle of August when the anniversary of Japan’s surrender (after the indefensible use of atom bombs on the civilian population of Hiroshima and Nagasaki) will be observed.

This is an opportune moment to ascertain whether the victorious Allies’ gains have survived. The objective to replace the spineless League of Nations with a new organisation that could enforce peace according to the wishes of the victorious Allies — Britain, China, France, the Soviet Union and the United States — has largely been met. The final, and not the least significant, objective was to save the world from fascism. Here an attempt is made to show that fascism has survived, and that the powers that had recruited soldiers from across the globe to bury fascism forever have themselves been blinking at the various manifestations of this evil of evils.

The rule-maker among the three fascist states that comprised the Axis was the Nazi state established by Hitler’s National Socialist German Workers’ Party, over the debris of the idealists’ dream of the Weimar Republic. Although defeated in the First World War (1914-1919), Germany was one of the leading countries in the world in the 1930s. It had top scientists and occupied one of the highest places, if not the highest, in fiction writing, music, broadcasting and filmmaking. These distinctions became irrelevant when the people of Germany made a Faustian compact with Adolf Hitler, one of the most aggressive demagogues the world has ever known, and embraced Nazism.

This theory was used to capture the state and scrap the Weimar Constitution. Hitler’s party won a third of the seats in the first parliamentary election in 1933, the only relatively fair election that he won, and an ageing Paul von Hindenburg, as President, appointed Hitler as Chancellor. The latter lost no time after Hindenburg’s death in grabbing the President’s office and becoming the Führer (supreme leader). He exploited a fire in the Parliament building to set street thugs in brown shirts upon Communist and other Opposition parliamentarians (a tactic he probably learnt from senior fascist leader Benito Mussolini and his gang of Italian Black Shirts). The fire was also used to open the first concentration camp for Jews and make laws to decimate all other political parties, destroy the federal structure of the state and bring units, especially those ruled by other parties, under the central commissars, and establish a highly centralised one-party rule. The Nazi military machine swallowed Austria and encroa
ched on the lands of Czechoslovakia and Poland.

Finally, Hitler started the most horrible war in history by invading Poland on September 1, 1939. This war cost humankind millions of lives, including the flower of German youth, as in the final phase of hostilities on German soil children aged 13 or 14 were recruited to defend the Führer’s follies. Similar tactics were used by Mussolini and Hideki Tojo to establish fascist regimes in Italy and Japan.

Fascism appeared in the newly independent countries whose leaders failed to govern democratically and established authoritarian regimes before being booted out of power. A number of states have used fascistic methods to crush democratic opposition through violence and laws that offended against the basic norms of justice. In most cases these states have received support from the advanced Western powers or have received tips for authoritarian rule from the latter’s post 9/11 legislation.

These trends will continue until justice-loving people respond effectively to any signs of creeping fascism and undertake to defend basic freedoms, the rule of law and representative governance, and keep a constant vigil. No explanation is needed to establish the need to fight fascism because this pernicious system deprives the people of their right to participation in their government, establishes one-party rule that makes fair elections impossible, reduces elected bodies to ineffective chat shops, places the government at the mercy of a cult figure, exposes the state to all the hazards of rule without consensus, distorts principles of law and justice, and turns citizens into morons.