Outside the lines: Bragging rights, like fomented hatred, don’t last

When Pakistan visited India the following year, we were roommates again. 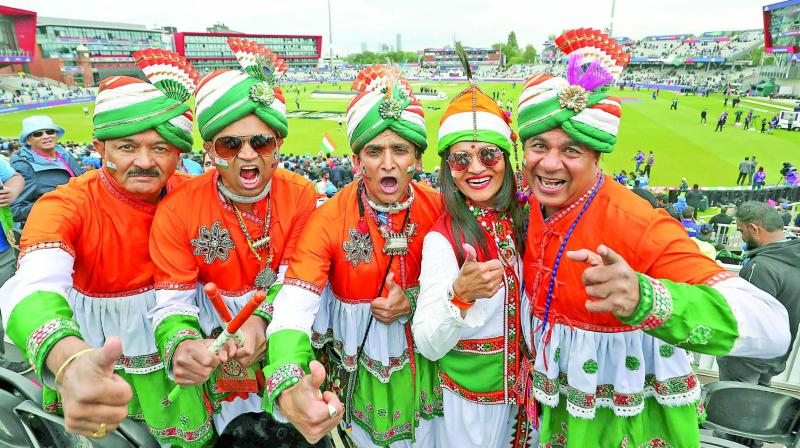 Writing this a few hours before India take on Pakistan at the cricket World Cup, there’s a sense of relief at being slightly removed from the relentless hype machine. If you haven’t been living under a rock, chances are that you have been subjected ad nauseum to the tired tropes about ‘an audience of over a billion’ [not true], proxy war and national pride on the line.

If you’ve ever been across the border and enjoyed the hospitality, those clichés can really grate. I know this because the first time I travelled to Pakistan, in March 2004, I went with hackles raised, expecting the worst. But from the smiling cabbie at the airport – ‘Aap hamare mehmaan hain [You’re our guest]’ – to the kindly soul who showed me around Taxila despite my visa not permitting it, I experienced nothing but the warmth you usually associate with ‘home’. It may have been a foreign country in geographical terms, but no one I came across struck me as ‘the enemy’.

On that tour, I shared rooms with a Pakistani journalist. When Pakistan visited India the following year, we were roommates again. He even stayed a couple of days at home, and my parents still ask about him. In 2006, I stayed at his house in Karachi, and had the most illuminating conversations with his father, a mathematician who had moved from Bihar in the years after the partition of the subcontinent.

The bonds I formed, some of which endure, were a profound example of what Amos Oz, the Israeli writer, spoke about after receiving the Prince of Asturias Award for Literature in 2007. “If you are a mere tourist, you might stand on a street and look up at an old house, in the old part of town, and see a woman staring out of her window. Then you will walk on.”

But if you are a reader, you can see that woman staring out of her window, but you are there with her, inside her room, inside her head…

My earliest exposure to the cricket rivalry was through the writing of Sunil Gavaskar. His Idols included several chapters on Pakistani players, and he wrote of them and their friendships with genuine warmth. During the war of 1971, when players from both teams were representing the World XI in Australia, they would huddle around a radio and listen for updates – divided by politics, united by a sense of humanity.

So often, the reality of the India-Pakistan rivalry is very different from the narrative peddled to us. Especially in England, the fans are often friends or colleagues, who barrack passionately for their team on match day, but without the animus for ‘the other’ that they’re supposed to feel. If you want genuine hostility, you should check out the Old Firm football in Glasgow, when Celtic, supported by the Catholics, and the Protestant-backed Rangers clash, often with the destiny of the title in the balance.

A few days ago, when Yuvraj Singh retired, Shoaib Akhtar uploaded a YouTube video in tribute. The affection was

unmistakable. Soon after losing the Champions Trophy final two years ago, Virat Kohli was pilloried in some quarters for

fraternising with Pakistani players on the field. Instead of celebrating his sportsmanship and decency, a sizeable group of people on social media called him a traitor and much worse, to illustrate that jingoism is a virus that paralyses the brain.

It’s a sad country whose sense of self is tied up so intricately with the result of a cricket match, and that too one which has no direct bearing on the destination of the trophy. When the players downplay the occasion by talking of it being ‘just another game’, they aren’t just trying to lessen the burden on their
shoulders. They’re trying to tell us that it’s just 22 men playing with two bats and a ball for a few hours, at the end of which one team will win.

Of India’s six World Cup victories over Pakistan, the first was in 1992 in Sydney. Exactly three weeks later, Pakistan won the final in Melbourne, by which time the Indian players were back home. India may have won temporary bragging rights, but it’s Imran Khan’s Cornered Tigers that have a special place in the cricket lore. Kohli, who has grown into an astute and articulate young man, recognises that no trophies were won on Sunday. Bragging rights, like fomented hatred, don’t last.