The modern man is done with the past culture and thinking, he needs something greater and higher to evolve within his being. 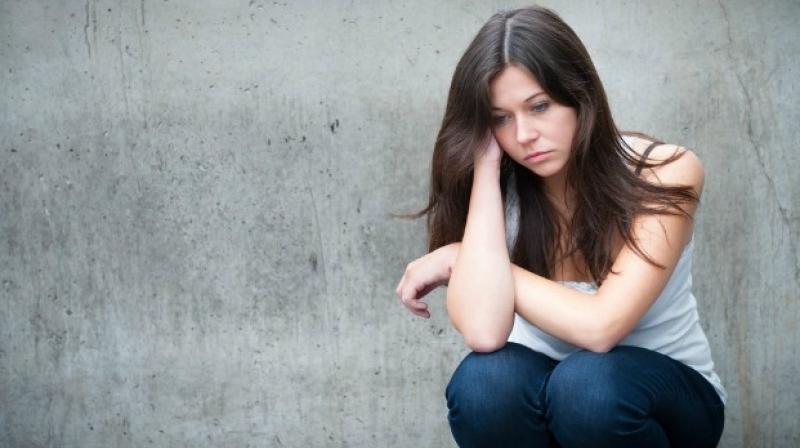 Depression needs a non-accepting mind; a mind that denies everything, is always pessimistic. (Photo: AFP)

The metaphor of black dog is associated with depression as far back as 40 BC in Roman poetry. Depression does feel like being constantly tethered to a black dog. This metaphor was made famous by Sir Winston Churchill, who suffered from manic depression himself. Depression which has its roots in human history is looming large once again in the this century. Depression is a growing mental disorder, characterised by sadness, loss of interest or pleasure, feelings of guilt or low self-worth, disturbed sleep or appetite. At the moment over 300 million people are living with depression, the leading cause of ill health and disability worldwide, according to the latest estimates from the World Health Organisation released ahead of World Health Day. At its most severe, depression can lead to suicide which is the second biggest cause for people between 15 to 39 to end their life. That’s why the WHO has focused this year’s campaign on depression. Their slogan for this year is: “Depression: let’s talk about it.” Yes, talking can help reduce the level of depression as found by the doctors and psychologists. They say depression needs to be embraced, understood, taught new tricks, and ultimately brought to heel, exactly like a dog.

The real question is, why depression is growing at this pace? It is due to the modern lifestyle: soaring personal ambitions, expectations, too many temptations offered by technology and weaker relationships and community ties could be some of the reasons. Reasons are galore but the cure they are trying to find is very feeble, superficial. Going to psychoanalysts or physicians is not a long term solution to this malady which is essentially spiritual.

The real reason is that humanity is at the crossroads. The modern man is done with the past culture and thinking, he needs something greater and higher to evolve within his being. He needs the wings of meditation which can make him fly into the inner skies. Osho analyses the present situation like this, “Man has always lived with hope, a future, a paradise somewhere far away. He has never lived in the present. He suffered in the present. Depression is a contemporary phenomenon and it has come into being because now there is no tomorrow.... Simultaneously man has become more mature. He may go to the church, to the mosque, to the temple — but they are only social conformities, because he does not want to be left alone. But basically he knows there is no paradise; he knows that no savior is going to come.”

It as an opportunity to transform one’s energies into a totally new dimension, in meditation. Depression is a mental energy and it is in our hands to change its downward movement. Whenever you start feeling any depression coming, don’t have any fear about it. Enjoy it, identify with it. Be really depressed.

Sing songs of depression, dance very depressive dances. Be very artful about it, let it be a welcome guest, and immediately you will see its energy is changing. If you start enjoying depression, it is no more depression: you have transformed it. Depression needs a non-accepting mind; a mind that denies everything, is always pessimistic. Depression seems to be insoluble because it is not the real problem. The real problem is anger, so you are fighting with shadows. First look at why you are depressed… look deep into it and you will find anger lurking there — maybe towards the parents, towards the world, towards yourself. Express the anger, and you will find the black dog has escaped far away.

You cannot be depressed for long because in this world nothing is permanent. Everything is moving and changing. Existence is a river. If you look at your depression, you will feel that even your depression is not the same the next moment. Just watch, remain with it and don’t do anything. This is how transformation happens through non-doing.