Mystic Mantra: The unity of man

Facts have supplanted understanding and knowledge is no longer able to generate wisdom. 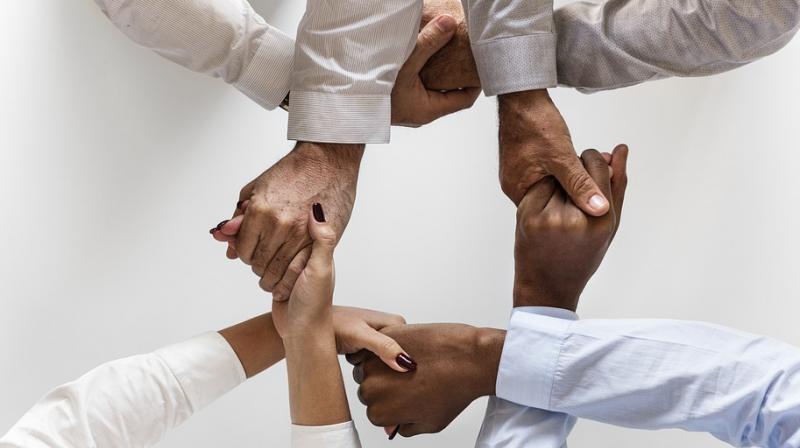 The central conversations of our times circle around the nature of marriage, the legality and morality of homosexuality, the debate about gender neutrality and the temptations of power. (Photo: pixabay/Representational)

The essential quest of every culture and civilisation has been to reaffirm the unity and universality of man, the homo sapiens as forming part of a societal and inter-connected community. Our scriptures and legal texts are essentially windows that help us know, understand and appreciate each other better. It is possible for all of us to unite within the context of daily life, both knowledge and action, and the mundane and the sacred, while remaining part of society. We have to integrate our daily life with the sacred by understanding that the purpose of sacred law is to forge a connection between the will of God and everyday life, between the eternal and the temporal realms.

The central conversations of our times circle around the nature of marriage, the legality and morality of homosexuality, the debate about gender neutrality and the temptations of power. The world is getting progressively smaller. Individual voices are getting louder. Economic creeds are overturning governments and inflaming the world. Philosophers who were once knights in shining armour have retreated from the battlefronts, overwhelmed by the sheer monstrosity of the issues that confront challenge them. The comprehension of the paradoxes and perplexities of life now seems to be beyond their ken.

Facts have supplanted understanding and knowledge is no longer able to generate wisdom. Economic prosperity has become more important than honour and morality. Every school of thought has contrived its own language of exotic clichés and jargons understandable only by its exclusive devotees who jealously guard the entry of any new initiate. Civilisation is being defined by new emblems and metaphors.

Every science has begotten a dozen more nuances, each subtler than the previous. But even after this explosion of knowledge, all that remains is the scientific specialist who knows more and more about less and less, and the philosophical speculator who knows less and less about more and more. To use the words of John Lennon, “The more I see, the less I know for sure.”

We are already seeing the confrontation between cultures unfolding in apocalyptic proportions. Our sense and value of ourselves is being remodelled as our attention is devoured by the abstractions of virtual realities, fantasies, video games, violence and vulgarity. Deep down, everyone is concerned about survival, pulling in and getting through life. Living in the most affluent wedge in history, we have begun looking to the ascetic for inspiration.

In the next few decades, the planet will continue to shrink at breakneck speed because of the rapid technological changes in media, transport and communication, and so on. It is, therefore, clear that we have to strive hard for a better understanding between cultures. Confrontation is neither necessary nor desirable nor a solution.

There is so much in common among people, both in terms of ideas and in terms of the social space they occupy. It is this which needs to be explored. We need to be able to see the other and say, “We understand you are different, but we also understand the difference”. Despite the many superficial differences, all our deeper and more permanent values are similar. The respect for knowledge, justice, compassion towards the less privileged and the need to improve the here and now are commonalities that should and can be explored.

There is no better time than this to remind ourselves of the eloquent words of the legendary philosopher poet, Sir Muhammad Iqbal: “Be not entangled in this world of days and nights; Thou hast another time and space as well.”