Why culture and context matters in malnutrition debate in India

Experts rarely agree with each other and this case will be no exception. 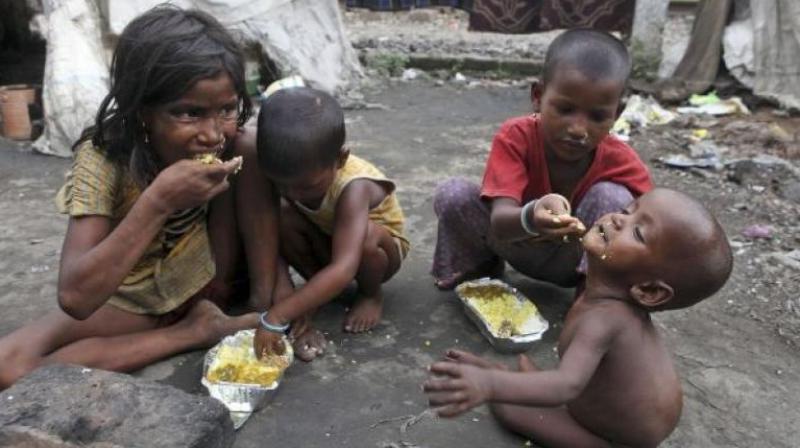 Does malnutrition make a buzzy talking point in India’s public discourse? The short answer is “no”, unless there are deaths. There is a great deal of squeamishness in accepting that India, an aspiring superpower, has one-third of the world’s stunted children, and a malnutrition crisis with unacceptable human consequences.

Last week, malnutrition was back in the news with the findings of the high-level team of specialists constituted by the Centre to investigate the surge in acute encephalitis syndrome (AES) cases in Bihar this year. More than 100 children had died. Dr Arun Singh, who led the Central team, says the affected districts had temperatures of over 40 degrees for several days at a stretch, that the children played outdoors in high heat, and that the combination of extreme heat, exhaustion and micro-nutritional deficiency could have been lethal.

He has called for “more research on this triad”.

Experts rarely agree with each other and this case will be no exception. But the point to note is that no matter which expert analysis of the tragedy you look at, the common thread is recognition of the malnourished condition of the victims.

Malnourishment is a powerful risk multiplier. Malnourished children from impoverished backgrounds, such as the ones who fell prey to AES in Bihar, are more vulnerable to heat, the litchi toxin and everything else being held responsible.

This is the stark reality.

It is also important to recognise that malnutrition is not solely about poverty. It is also about culture and context. Which brings me to interesting discussions that took place early September at the Planetary Health annual meeting at Stanford University in the United States, which I attended. Organised by the Planetary Health Alliance, a consortium of over 130 universities, NGOs, government entities, and research institutes from around the world committed to advancing planetary health, the conference debated human health impacts of human-caused disruptions of the earth’s natural systems.

Some of the most interesting discussions pivoted around nutrition — what we eat, how we produce it, how we can save the planet and be healthy.

One session which interested me hugely was about oceans and the future of food.

Shakuntala Thilsted, who works with World Fish, an international research organisation headquartered in Penang, and one of the speakers at the planetary health meeting, situated fish — a rich source of protein, micronutrients and essential fatty acids — at the heart of the debate about nutrition and livelihood, especially for poor, coastal communities.

Shakuntala’s work has focused on the potential of small nutrient-rich fish in combating and preventing vitamin and mineral deficiencies, in particular Vitamin A, iron, zinc and calcium in Bangladesh, Cambodia, West Bengal and Nepal.

I asked Shakuntata what explains the prevalence of malnutrition among poor coastal communities. A rich discussion on culture and context followed.

Malnutrition is not just about the lack of access to food. It is also about many other things — sanitation, water, and cultural factors. There is a strong gender dimension to what people eat and this is true also of poor fishing communities in our part of the world.

In poor, coastal communities, food is not shared equally within the family; women and young children, especially girl children, often eat less of nutritious food and this includes fish, as Shakuntala points out.

This results in small children not getting enough food, including the necessary micronutrients, in the first three years of their lives, when their brains develop.

Bangladesh illustrates the problem as well as the pathways ahead. In Bangladesh, micronutrient deficiencies are widespread, which affect millions of people, particularly women and young children. The inter-generational malnourishment happens because pregnant and breast-feeding women and their children are unable to access essential micronutrients due to social and economic factors. This leads to children being at risk of irreversible damage that can persist through life. Their growth is stunted, preventing normal brain development and cognition.

Small indigenous fish are part of the solution — they are sustainable and nutritious. They also provide vital micronutrients.

Shakuntala’s work shows that the small fish can be farmed alongside other fish species, including carp in ponds and can be harvested frequently, making it ideal for regular household consumption. Produced locally at minimal cost, they can be cooked and eaten with a meal of rice and vegetables. Chutney made out of dried small fish with onion, spices and oil can be served as delicious extras to daily meals for pregnant and lactating women. Fish-based meals can also be part of school-feeding programmes in coastal areas.

But how do we get around the prickly issue of social and cultural mores?

It is not that men “want to be bad”, says Shakuntala. But often, there is a lack of knowledge. Men need to be made aware of what goes on in the kitchen and the fact that women and small children in a family become more vulnerable when they eat the leftovers.

The moral of the story: With the ideal healthy diet, as with everything else, there can’t be a “one size fits all” formula. In the developed world, the emphasis is on cutting down meat consumption, switching to plant-based foods. In parts of the developing world, where there is widespread hidden hunger, the approach has to be different. Everyone need not be vegetarian.

As Shakuntala points out, “if you remove fish from the diet in coastal communities, you take away a lot of nutrition, but for high income groups who can afford to buy a variety of foods, it is desirable but not irreplaceable”.

There is a vital need for more awareness on the ground about what dietary deficiencies make people more vulnerable, and there has to be behaviour change campaigns to ensure that nutritious food like fish are shared equally within the family.

Policymakers also need to factor in the local ground realities. We have seen the hullabaloo around eggs in mid-day meal programmes and the attempt to frame vegetarian cuisine as somehow morally superior.

But for poor communities, the main issue is affordability and access. India now has a National Nutrition Mission to address the widespread maternal and child undernutrition. It is a good start. We are in the middle of the National Nutrition Month. There is lots of information about government initiatives to address malnutrition. But official India needs to be more willing to focus on the ground-level bottlenecks which derail programmes.