Opinion   Oped  17 Apr 2018  A gentleman editor, elegant writer and a liberal to the core
Opinion, Oped

A gentleman editor, elegant writer and a liberal to the core

“Nihal”, as many much younger journalists could take the liberty to call him without causing any offence to this cosmopolitan, wrote till the end. 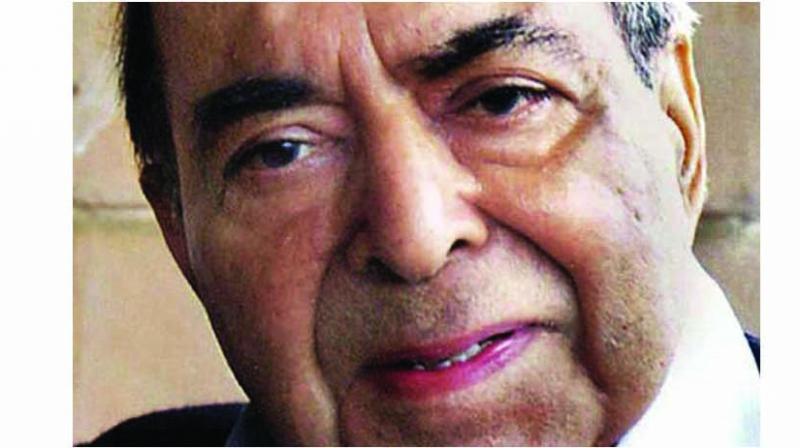 I write this with a sense of loss and — not having worked with him — also with a measure of detachment, the quality for which the insightful commentaries of Surendra Nihal Singh, who passed away in New Delhi on Monday, were widely admired. On April 30, he would have been 89.

“Nihal”, as many much younger journalists could take the liberty to call him without causing any offence to this cosmopolitan, wrote till the end. He was a distinguished columnist of this newspaper and of some others toward the latter part of his very distinguished career.

Nihal Singh grew up as a journalist in the Statesman, in those days viewed as the high watermark of English journalism in India and the pointed quality of its political coverage, and rose to be its editor.

Along the way he had been the newspaper’s political correspondent whom everybody loved to read, and its correspondent in Rawalpindi (then Pakistan’s capital), Kuala Lumpur and Moscow, where he wasn’t a favourite of Communist Russia.

Nor did his despatches endear him to Indian Communists, although after the end of the Cold War Nihal grew critical of the role of the sole remaining superpower and its allies. This brought democrats of all stripes flocking to read him.

After the Statesman, Nihal Singh edited the Indian Express, the shortlived Indian Post, and subsequently Khaleej Times in Dubai. Especially at the old Statesman, his colleagues — old and young — remembered him as an ideal team leader. Many marvelled at the speed with which he rendered his elegant editorials. No one saw him talking down to junior colleagues. These are the reasons why the news of his passing deeply saddened all those who knew him.

In his disposition, Nihal Singh was a thoroughgoing liberal and a democrat of the old British school, which basically meant he wasn’t garrulous, did not hold forth, and was extremely fair-minded.

H.K. Dua, who worked with Nihal at Indian Express and later edited a number of famous publications before his nomination to the Rajya Sabha, says this fine editor and gentleman had a horror of befriending those in authority and he “knew the value of dissent in a democracy”.

As a young political journalist, once when I was out on a limb, I showed the gumption to phone the venerable Mr Nihal Singh, a complete stranger, for a job.

He was then editing Indian Post. Gracious as always, he called me over for tea. I said to him straight out that if he had any hesitations hiring people well-disposed toward the Left, then I had better not waste his time.

He laughed gently and assured me he had got many Naxal radicals to write for the Statesman, and hired some in his time! They were all first class, he didn’t fail to add. The job was mine. He was kind to say that he’d seen some of my stories in my last newspaper. It’s another matter I did not eventually join.

Many years later, when for a time I was associated with the South Asia Free Media Association, I saw Nihal as an authoritative presence, though he held no office. I specially recall a session in Lahore, attended by many eminent Indians and Pakistanis, which he chaired. The acuteness of his observations, and the non-ornamental charm of his speaking style, won him many admirers, and furthered the cause of normal relations between India and Pakistan.

This former pipe-smoker and handsomely attired gentleman had operated on one lung for many years. He had begun to look pale for some time and his visits to the India International Centre became less frequent. But his memory will remain strong for those who had the good fortune to know him. Nihal, Adieu!