Is Indian cinema ready for own big Oscar moment?

French critic Jean-Michel Frodon explains that the success of Parasite is the “extreme result” of the combination of an unusual number of factors. 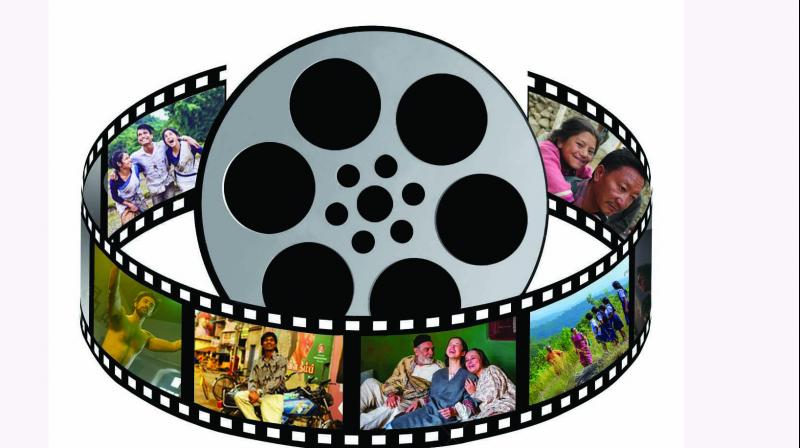 Indian cinema, especially Bollywood, is like Brazilian football — the international fan favourite. But trophies such as the golden statuette presented at Hollywood’s Dolby Theatre don’t come for song and dance alone. Like the Seleção know they can’t win the World Cup only with samba and capoeira.

Last summer in Cannes, Bong Joon-ho was in a cheerful mood while talking to critics after the world premiere of Parasite at the influential film festival. “Ninety per cent of the story of the film takes place in a house and 60 per cent of images was shot from the basement to the first floor. The different vertical layers are linked by a staircase,” Bong said at the customary press conference. A self-deprecating Bong went on to reveal a joke he often heard on the set: “It is a film about a staircase.”

Throughout his interaction with the international media at the French Riviera, there were two words that Bong kept repeating — “Korean touch”. The first time he mentioned the words was for distinguishing himself from American genre-filmmakers. “I feel myself as a genre filmmaker, but I don’t like to follow the conventional codes of a genre filmmaker. We add a Korean touch when telling these stories,” he explained. While answering another question, he underlined the importance of the basement in a Korean home. “In Korea, there are homes with a basement that adds a very special Korean touch.”

Nearly a year later, the “Korean touch” that won Parasite the Palme d’Or in Cannes and made it the first non-English language film to win the Best Picture Oscar, begins to make a lot of sense for national cinemas around the world aspiring for their own crowning glory. One such national cinema asking if it could ever win big at the Oscars like South Korea is the 107-year-old Indian cinema. It is a big question for a bigger film industry. Indian cinema, especially Bollywood, is like Brazilian football — the international fan favourite. But trophies such as the golden statuette presented at Hollywood’s Dolby Theatre don’t come for song and dance alone. Like the Seleção know they can’t win the World Cup only with samba and capoeira.

What are the chances of a Hindi, Malayalam or Marathi movie winning the Best Picture at the Oscars? For one, the victory of Parasite shows that it is no longer an impossible task for a film made outside America, Britain or Australia. But does the Academy opening its doors to the non-English language territory make it easy for India to imagine a possible scenario in future? Imagine? Yes. Possible? The answer is as complicated as our country today.

Resul Pookutty, who won the Best Sound Mixing Oscar for Slumdog Millionaire a decade ago, believes the huge success of Parasite has opened up the Oscars to the rest of the world. “The Academy is telling the world that send us good films, and we’ll celebrate talent,” says Pookutty, one of the few Indians — along with Bhanu Athaiya (Gandhi), A.R. Rahman and Gulzar (Slumdog Millionaire) and Satyajit Ray (Honorary Academy Award) — to have won an Academy Award.

Pookutty knows India has a long road ahead for Oscar glory. “We need intellectual acumen to take Indian cinema to the next level,” he says. “We have eight or nine stars and we start writing for them. We lack content creation, production management and support for good content,” adds Pookutty, a member of the executive committee of the Academy. “Hindi literature is richer and stronger, but Hindi cinema is not dependent on Hindi literature. It is dependent on selling fantasies.”

Darcy Paquet, who did the English subtitles for Parasite, says the film’s combination of universal themes and culturally-specific details made it relevant to audiences around the world. “I also believe that Bong’s approach to storytelling is very universal, partly because he has been watching many films from all around the world since he was a child. He has absorbed many different approaches to narrative, and then he created his own unique way of telling a story,” adds Paquet, a professor at the Busan Asian Film School in South Korea.

French critic Jean-Michel Frodon explains that the success of Parasite is the “extreme result” of the combination of an unusual number of factors. “Some concern Hollywood and the Academy vote, some concern Bong Joon-ho and his film, some concern South Korean cinema,” says Frodon, former editor-in-chief of Cahiers du Cinema, the iconic French film magazine that had critics like Jean-Luc Godard and François Truffaut before they became filmmakers. “As for Hollywood and the Oscars, it is clear that such a result would not have happened until a few years ago,” adds Frodon. “The rules for nominations have been changed, the college of voters has been enlarged, to include non-American artistic personalities, the manipulation of lobbyists has been, if not removed, at least better controlled. The result has been an increase in the quality of the selection, making more room, including within Hollywood cinema, for films that are more ambitious or at least show signs of auteurism.”

While the path has been cleared, the parameters remain the same. “It’s certainly easier for a film from Japan or South Korea to take a shot at the Oscars than a film from India,” says award-winning filmmaker Pan Nalin. “Simply because Indian cinema will never get support from the state or industry the way Korean or Japanese cinema receives. Also, India does not have any woman (or man) like Miky Lee (executive producer of Parasite) who has single-handedly turned Korean cinema into an innovative entertainment industry under the umbrella of CJ Entertainment (producer of Parasite),” adds Nalin, well known for the international success of his debut feature Samsara.

“I remember when I made Samsara, (US entertainment firm) Miramax acquired it and wanted India to submit to the Academy for Best Foreign Language Film category,” recalls Nalin. “The Indian authorities said they had ever heard about a film called Samsara. Miramax argued that Samsara won more than 30 international awards and was successfully playing in theatres across 40 countries. All calls and letters from Miramax went unanswered and a few weeks later India submitted Devdas as its official entry to the Oscars.”

Besides state backing, South Korean cinema has seen phenomenal growth in the past three decades. In the last decade alone, there have been 10 Korean films (including Bong’s Okja and Parasite) in Cannes, where the Korean Oscar journey began. No Indian film has been in Cannes competition since 1994 when Shaji N. Karun’s Swaham was screened in the prestigious section. “From 1990 till now the Korean film industry has been growing so well that many talented directors like Bong Joon-ho, Park Chan-wook, Lee Chang-dong have appeared on the scene,” says Nam Dong-chul, programme director at Busan Internatonal Film Festival. “And it is a tradition that has existed from the 1960 with such directors as Kim Ki-young who made Housemaid (often mentioned by Bong as his inspiration),” adds Nam.

Paquet says it wouldn’t have been possible to make a film like Parasite without talented crew members who could realise the director’s vision, and a general culture of professionalism in the Korean industry. “The Korean government has been very generous in supporting local filmmakers, but a lot of that money has gone into making infrastructure and training. Parasite didn’t receive any direct funding from the government, but it benefited a lot from the government’s efforts to develop the film industry as a whole,” he explains.

That kind of state support is in stark contrast to those available for the Indian film industry, considered the world’s largest producer. “The government doesn’t have any vision for Indian cinema,” says Pookutty. “While China (second biggest entertainment market after US) increased its screens from 2,500 to 45,000 in two years, we have only seen an increase from 2,500 to 6,700 in 10 years,” he adds.

Agrees producer Samir Sarkar, founder of Magic Hour Films, who was involved in the India production of Ang Lee’s Oscar-winning film Life of Pi. “Indian cinema needs the support of both industry and government,” says Sarkar, who produced Aditya Vikram Sengupta’s Jonaki (Rotterdam festival) and Arun Karthick’s Nasir, which won the Netpac award for Best Asian Film at Rotterdam early this month. “It is very important for big production houses to back projects. Along with the quality of the film, you need a certain money power to succeed at the Oscars,” he adds.

Adds Nalin: “Once your film is submitted to the Academy, one needs to stay put in Los Angeles and attend every single party, conference, talk show and premieres. Hire the most powerful publicist in Hollywood, carry, almost daily, ads in top trade magazines and make sure almost each and every member of Academy gets to watch your film. But having said that, of course, it all starts with a great movie.”

While the journey of Bong and Parasite offer great lessons for Indian producers, Indian cinema has to overcome its obsession with formula. Frodon believes Parasite had the most effective combination of virtuosity of direction, a mix of genre film (comedy and horror) and signature effect, strong local flavour, and universal and universally topical fable about social inequalities which, in various forms, are growing all over the world. “Parasite was the right film in the right place(s) at the right moment and reaped the benefits,” he says. “This is credit to an extremely gifted filmmaker who, at least since his second film, Memories of Murder (2003), has succeeded in hybridising genre films with overt personal input. He has also shown his ability to internationalise his work,” he adds. Parasite, he says, combines the power of a national industry, determined action by public authorities mainly represented by Kofic (Korean Film Council) in favour of the prosperity of the sector and diversity of works, and promotion of the art of cinema, in particular thanks to an active network of festivals (like the Busan festival) and critics. Even Frodon, who is closer to directors than industry bigwigs, can’t stop praising the Korean synergy. One can only hope that India’s industry and the Indian government are listening.