The Eastern mystics discourage and disagree with such a sick psychological approach. 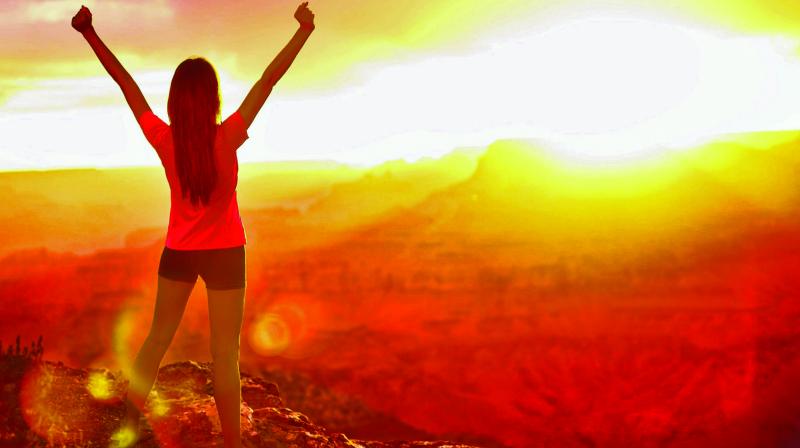 We should follow our heart and love our life as a precious gift of God, not to be wasted for superficial and imaginary goals.

The whole world seems to be fighting these days. Fighting has become more real than love and friendship. The world leaders are always busy provoking us to keep fighting with the rest of the world. And when there are no reasons to fight with other nationals, the politicians provide us with imaginary enemies within our nation—but the fight must go on for the leaders’ survival.

William James, a renowned psychologist, once suggested that war is prevalent because of its positive psychological effects. It creates a sense of unity. It binds people together—not just the Army engaged in battles, but the whole community. It brings a sense of cohesion, with common goals, and inspires citizens (not just soldiers) to behave honourably and unselfishly, in the service of greater good. It supplies meaning and purpose, transcending the monotony of everyday life. Warfare also enables the expression of higher human qualities that often lie dormant in ordinary citizens, such as courage and self-sacrifice. With this kind of thinking, life seems to have no value without a war. It is just an ordeal—bored people waiting to die. For such people, the death functions as a great relief, a liberator from prolonged bored life.

The Eastern mystics discourage and disagree with such a sick psychological approach. They sermonise that life will not have any meaning unless we bring meaning to it. It is an empty canvas, and we have to create our own painting on it. This is a divine gift of freedom to create something of beauty with love. We have to make this beauty our truth; enhance life with our creativity. When we create, we become one with the creator—this is the real purpose.

And to understand this purpose of existence, we need to meditate and reflect. There is no need to follow the preachers of hate — self-realisation is critical to achieve. We should follow our heart and love our life as a precious gift of God, not to be wasted for superficial and imaginary goals.