Opinion   Oped  16 Oct 2019  What does refusal to sign the Osaka Track mean for India?
Opinion, Oped

What does refusal to sign the Osaka Track mean for India?

Rohan Seth
The writer is a policy analyst at the technology and policy programme of The Takshashila Institution. The views expressed here are personal.

The big decision here is whether or not India wants to share its data with anyone under any circumstances. 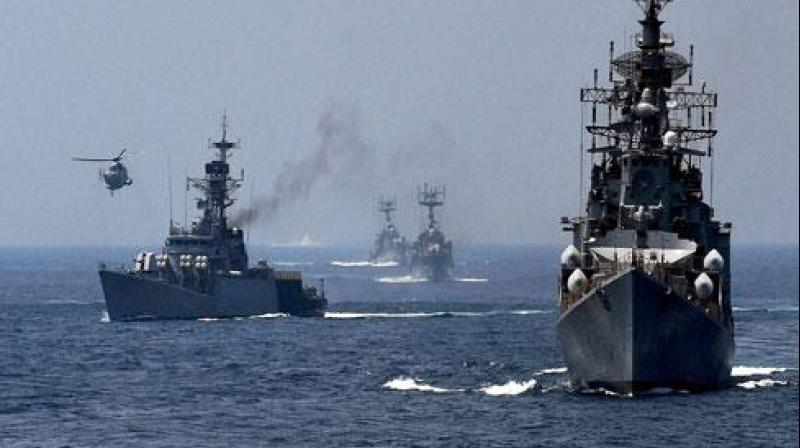 India recently started sharing maritime data with countries in the Indian Ocean Region. The Information Fusion Centre is actively interacting with the maritime community and has already built linkages with 18 countries and 15 multinational/maritime security centres. On that note, it is worth relooking at India’s approach to data sharing and cross-border data flows.

Technology is now a variable that defines relations between countries. Over the year, we have seen an increasing number of instances that reaffirm the existence of high-tech geopolitics. First, there was the US-imposed ban on Huawei technologies. Then the Americans considered imposing caps on H1-B visas for countries that implemented data localisation. One of the most important recent developments was at this year’s G20 summit where Japan’s Shinzo Abe presented the idea to have a multilateral broad framework for the sharing of data. It is worth analyzing India’s response to it.

The agreement is called the Osaka Track. The idea is that member countries should be able to share and store data across borders without having to worry about security risks. The agreement has many notable signatories, such as the US, EU, and China. It is India’s response that is interesting. India, for better or worse, has not been big on data sharing. So much so, that recent news claimed that the government was considering getting a domestic messaging service for official communication. With this context in mind (as well as the draft e-commerce policy, data protection bill, and the RBI data localization notification), India refused to join the Osaka Track as a signatory. The questions for India here are, what does this mean for the future of Indian data, and how India is likely to conduct itself in this world of high-tech geopolitics?

India’s reasons for not signing the pact are two-fold. Firstly, as the sentiment goes, data is national wealth. The idea here is to keep all data possible within Indian borders. Much like you would do be inclined to do with actual wealth. Secondly, as an official stated, India needs to better understand what free flow of data might mean. Having said that, India then wants to look at its domestic requirements and would like to see the issue of cross-border data flows discuss the same on a WTO (World Trade Organisation) platform. What the foreign policy is broadly saying here (to my understanding) is that it is not in India’s best interests to share its data right now. However, once the government has a better understanding of the Osaka Track, they might reconsider.

In the broader global context, the Osaka Track is a step towards an emerging pattern. Data flows are likely to be increasingly regulated through economic blocs and not nations. Europe’s General Data Protection Regulation and Convention 108+ are the best examples of this. The Osaka Track was an opportunity for India to follow this trend and facilitate trans-border data flows. India’s rejection of it does not mean that other opportunities will not present themselves. Should India decide that data sharing is in its best interests, there are other platforms to make it happen on its own terms. One option to pursue this route would be to establish a data sharing law and standards under Bay of Bengal Initiative for Multi-Sectoral Technical and Economic Cooperation (BIMSTEC). Sharing costs of storage and following common processing standards would give India an edge in data geopolitics. Just because it would make powerhouses such as the US rethink applying sanctions to all of BIMSTEC instead of India alone. BIMSTEC, of course, is also interchangeable. India could take the lead and establish a data sharing policy with SAARC (South Asian Association for Regional Cooperation) or with a different combination of countries it might prefer. The big decision here is whether or not India wants to share its data with anyone under any circumstances.

If India is to treat data as wealth and not share it across borders, it may be time to consider what that might mean. An increasing number of government policies are treating data as an asset that should not be shared. Doing so is likely to come at the cost of being ostracised by the US. However, if India is to go ahead with this, it makes sense as citizens to ask the government how data is going to be used to achieve progress.

While there are a lot of policy proposals on how data should be regulated in India, there aren’t many on how it is going to be used for economic development. Sharing data with countries and/or companies can often crowdsource the initiative for development, as it seems to be doing for security at The Information Fusion Centre. As Microsoft’s collaboration with the Telangana government proved by using data to optimise agricultural yields. However, if India decides to cut itself off as evidenced by the refusal to sign the Osaka Track, it is best to ask how crowdsourcing the initiatives will be substituted. While options to do so domestically might exist (such as releasing community data for entrepreneurs and Indian companies), there need to be indicators that they are being considered or carried out on a national level. Because if data is national wealth, then there needs to be a plan on how it should be used to achieve economic development and progress for the nation.