Opinion   Oped  16 Aug 2019  Is BJP getting ‘regionalised’ in the Northeast?
Opinion, Oped

Is BJP getting ‘regionalised’ in the Northeast?

After all, the SDF was a part of the ruling National Democratic Alliance as well as the BJP’s regional front, the NEDA. 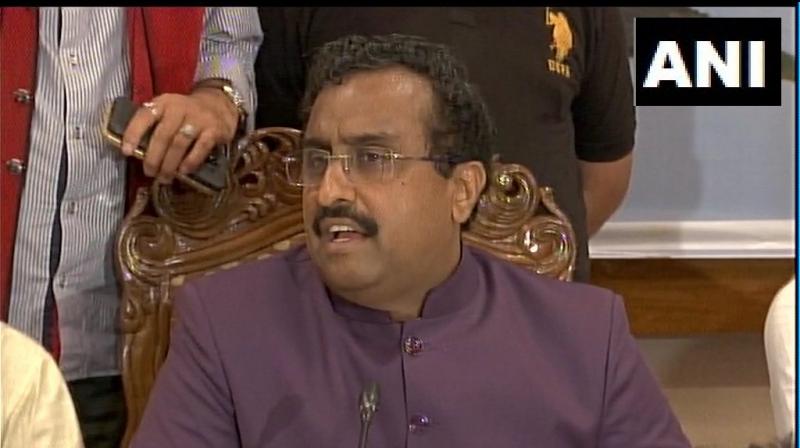 Earlier this week, on Tuesday, rumours turned into reality when 10 of the 13 regional Sikkim Democratic Front (SDF) MLAs joined the BJP at the party headquarters in New Delhi in presence of general secretary Ram Madhav. Overnight, the BJP came to have 10 MLAs in the 32-member Sikkim Legislative Assembly, making it the Himalayan state’s main Opposition party. The point to be noted here is that the BJP had fought all the 32 seats in the state elections held in April this year, but could not open its account.

What the BJP has actually accomplished now is to gobble up the SDF and decimate the party that was in power in Sikkim for 25 long years at a stretch, until the Sikkim Krantikari Morcha (SKM) defeated it in the April polls. The SDF got a further jolt on Wednesday when two of its remaining three MLAs left the sinking ship to join the SKM. This leaves only the SDF chief and former chief minister Pawan Kumar Chamling holding the fort as the lone SDF MLA. But will Mr Chamling be content in his role as the lone ranger to keep the SDF flag flying in the Assembly?

The big question now is not about the virtual decimation of the SDF, but concerns the fate of the ruling SKM, that is only about 75 days into acquiring power. The SKM had won the polls with a wafer-thin majority — bagging 17 seats to the SDF’s 15. Two SDF members, including Mr Chamling and one SKM member, had won two seats each. Therefore, as of now, since the bypolls to three seats have not yet been held, the effective strength of the House is only 29.

On Wednesday, with the two SDF MLAs joining, the SKM’s strength has risen to 18. One is talking about the fate of the ruling SKM because of the prevailing scenario when regional party legislators switch sides and join national parties like the BJP at the drop of a hat. Therefore, the question arises as to whether any SKM members could now think of joining the BJP. Again, would Mr Chamling himself join the BJP? If this happens, the fate of the SKM government headed by chief minister Golay could be jeopardised. In fact, if five more MLAs are to join the BJP fold, the equation changes in Sikkim and the stage could be set for the emergence of a new government.  This is a scenario, and not an impossible one given the manner in which political leaders are dumping their parent parties and joining the BJP. The BJP, of course, may not like to unsettle things in Sikkim right now.

The turn of events in Sikkim has raised a fundamental question. How would one look at diehard regional party MLAs joining the BJP or the BJP accepting them into its fold without a problem. Is this the BJP getting “regionalised”, or is it the “saffronisation of regionalism”? To me, it is both. If the BJP today has been successful in fulfilling its promise of a “Congress-mukt Northeast”, it is largely because of the support and cooperation that the regional parties have provided it.

Take the case of Arunachal Pradesh — in 2016, as many as 43 of the 44 Congress MLAs, including chief minister Pema Khandu, joined the People’s Party of Arunachal (PPA), a regional party which is a constituent of the BJP-floated North East Democratic Alliance (NEDA). The Khandu administration got transformed from being a Congress government to that of the PPA. Within three months, Mr Khandu decided to switch sides, this time joining the BJP along with 33 of his loyalists. And with 12 original BJP MLAs already there, Mr Khandu became the chief minister again — this time of a BJP government.

The Arunachal and the Sikkim developments clearly suggest that the BJP’s consolidation and wresting power in the Northeast states have been with the aid of the regional parties. Later, of course, the BJP won a decisive victory in Assam and Tripura, and in both the states the party decided to keep its regional allies with them. In Assam, it is the Asom Gana Parishad and the Bodoland People’s Front, and in Tripura it is the Indigenous People’s Front of Tripura. In Manipur again, the BJP managed to form the government with the help of regional parties in the coalition like the Naga People’s Front, the National People’s Party and a few others. Not to forget that eight Congress MLAs too decided to side with the BJP in Manipur. In Nagaland, too, the BJP is part of the government but has sided with the bigger party, the Naga National Democratic Party of chief minister Neiphiu Rio. The same is the case with Meghalaya, where the BJP has sided with the National People’s Party of chief minister Conrad Sangma. That way, it is only in Mizoram and Sikkim that the BJP is not part of the government in any way.

Parties or elected representatives belonging to a particular party are free to align, side or merge with another party. But the charge against the BJP is that of gobbling up even their friends. The example cited to push that charge is the acceptance of the 10 SDF legislators from Sikkim into its fold. After all, the SDF was a part of the ruling National Democratic Alliance as well as the BJP’s regional front, the NEDA.

One can understand the compulsions of regional parties — they were earlier aligned with the other large national party, the Congress, and now with the Congress in total disarray, the regional forces are siding with the BJP. It appears power and possible oxygen for survival are the two key pull factors for regional parties to side with a national party, particularly if that happens to be the country’s ruling party. But the question here is whether the BJP may at some point face ideological challenges with possible opportunists joining the party. If the trend continues and the BJP goes on admitting anyone and everyone willing to join or align with it for whatever reason, the BJP too may face the charge of indulging in political opportunism and making backdoor entries. But a party like the BJP sure knows what it is doing. At least, one would like to believe so.