While dealing with Pakistan, instead of being hot headed, India should be cold-blooded and ruthless. 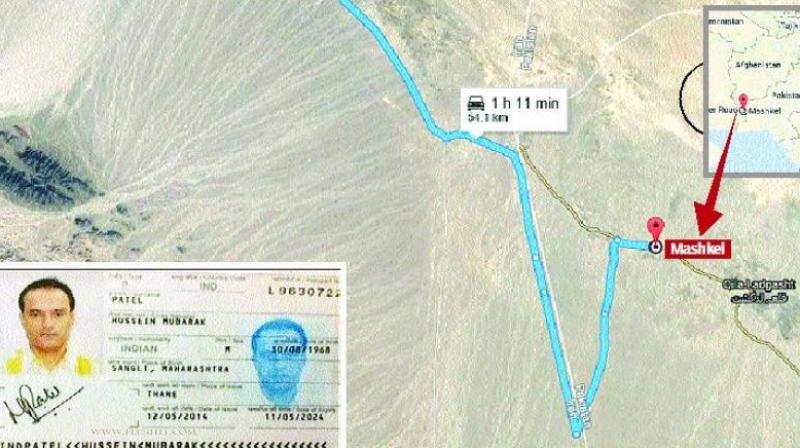 The outrage in India over the death sentence pronounced on the alleged spy and former Indian Navy officer, Kulbhushan Jadhav, by a kangaroo court held by the Pakistan army is entirely understandable.

Jadhav could not have fallen into Pakistan’s clutches at a more opportune time for Rawalpindi, handing no better stick to beat India with on the Baloch insurgency. With Jadhav’s death sentence making peace talks highly unlikely — even if US’ Nikki Haley flags it — India’s counter can only draw blood if it truly makes Balochistan, Pakistan’s Kashmir.

He outrage in India over the death sentence pronounced on the alleged spy and former Indian Navy officer, Kulbhushan Jadhav, by a kangaroo court held by the Pakistan army is entirely understandable. But it is also quite counterproductive because it creates a commitment trap which could weaken India's bargaining position vis-à-vis Pakistan.

While dealing with Pakistan, instead of being hot headed, India should be cold-blooded and ruthless. Diplomatic niceties, protocols, procedures and mechanisms that normally guide the functioning of both the front and back channels, have extremely limited utility when it comes to dealing with an inveterate enemy country like Pakistan.

Despite the similarities in the language that India and Pakistan speak, the language that the Pakistanis understand best is the language of power, with all its connotations, nuances and idioms. Unless India is ready to speak this language, and this means going beyond just firing verbal missiles, India will find it difficult, nay impossible, to deal with Pakistan. In other words, unless India is able to give back to Pakistan better than it gets, which is to say, retaliate in more than full measure, it shouldn’t expect any good coming from Pakistan's side.

The name of the game is leverage. Going by reports in the Pakistani media, it appears as though India might just have got such a leverage in the ongoing spy game of smoke and mirrors. The Pakistanis claim that an ISI official, Muhammad Habib Zahir, has gone missing in Nepal. They suspect that the man has been trapped by Indian spooks with an offer of lucrative job and is now in Indian custody. Many Pakistani analysts link the disappearance of the Pakistani ISI official, who they claim is a retired army official, with the Jadhav case.

In fact, within a day of the news breaking about the disappearance of the ISI official, the Pakistanis announced that a Field General Court Martial had found Jadhav guilty and sentenced him to death. A day later, the man with pretensions and title of defence minister of Pakistan, Khawaja Asif, made a statement in Parliament that the Court Martial proceedings against Jadhav had been initiated over three months earlier. Quite a coincidence that the sentence was announced within a day of Habib’s disappearance! But more importantly, just about a month back, Sartaj Aziz, Adviser on Foreign Affairs to the Pakistan Prime Minister, declared in the Pakistani Senate that the FIR against Jadhav was ready and preparations were underway for his prosecution which ‘required detailed homework’.

The story being peddled by the Pakistanis about Habib is probably the cover under which he was operating through Nepal to engage in subversion, sabotage and terrorism in India. It is entirely possible that Indian intelligence agencies were on to this Pakistan operative and apprehended him while he was trying to infiltrate into India. Whatever the case, there now exists a possibility for a swap. But there are going to be problems in making such a swap, assuming of course the Pakistani military officer is in Indian custody.

Until now, India has still not declared Habib’s arrest. The Indian predicament is that its legal system simply doesn’t allow for Pakistani style Kangaroo courts. If Habib’s arrest is declared, then there will almost certainly be a Jadhav style confession that will be televised. But at the end of the day he will go through the entire legal process and it will be years before a sentence will be pronounced on him. This means the satisfaction of socking it back to the Pakistanis will not be there in equal measure. Of course, if India doesn’t admit to having Habib’s custody, then he could be given the same treatment that is meted out to Jadhav – complete reciprocity – without any of the legal obstacles that come with declaring his arrest. And the Pakistanis know this.

Perhaps, India has not declared his arrest because it preferred to do a back room swap deal. That way, publicly at least, India would get something for nothing. There was also an outside chance that repatriation of Jadhav could have been used as an excuse to restart some sort of dialogue with Pakistan. The problem is that just like India got into a commitment trap on Jadhav, so too has Pakistan. The death sentence followed by the hype and hysteria in the Pakistani media and political circles, and the Corps Commanders declaring there’ll be no compromise, means that the Pakistani establishment is up a gum tree from which it will find it difficult to climb down to effect a swap. They might have hyped up the matter either to improve their bargaining position or even to take a position carved in stone. In either case, it is an overkill, and backing down will take some doing.

A lot will now depend upon whether Habib is a pawn that Pakistan is willing to sacrifice, in which case there will be no swap, at least not one involving Habib; but if this ISI officer has enough value to Pakistan to agree to swap him with Jadhav, then a deal will become possible. The contours and timing of the deal will depend not just on the Pakistani military establishment but also on the political establishment which could want to hold back until after the general elections next year.

If, however, there is no deal, then apart from the bitterness that will be added on to the already very bitter relationship, there is a danger that both sides could start indulging in abductions of each other’s citizens, a red line for both sides until now but one which has already been breached by the Pakistani abduction of Jadhav. It might therefore be better for both sides to quietly settle this matter and avoid the slippery slope that they will be on, if they make it an issue of national prestige.

Where attempt to pin India down on Balochistan began
At Sharm al Sheikh, Egypt after the two prime ministers Dr Manmohan Singh and Yousaf Raza Gilani finished a meeting in 2009 on the sidelines of a NAM summit, that ran into not the scheduled one, but four hours, a joint statement was issued that squarely allowed Pakistan, which has mounted a near genocide of the Balochi people for over 40 years, to blame India for stoking the insurgency, with Afghan help.

As Gilani came out of the meeting to boos by Pakistani journalists, upset that there was no mention of J&K, Gillani beamed “but you have Baluchistan.”

The specific mention “Pakistan has information on threats to Baluchistan and other areas,” compounded by taking Pakistan’s line that both countries are victims of terror, and that “real time intelligence would be shared” when none has, left the door open for Pakistan blaming India for every time a pipeline blows up or a bomb goes off in Baluchistan, reports said.

It was the first meeting between Indian and Pakistani leaders after 26/11, and many say that Dr Singh, eager for resumption of dialogue, may not have been adequately briefed despite a draft agreement being vetted by then Foreign Secretary Shivshankar Menon and his counterpart Salman Bashir, three full days before it was finalised.

Got no help from India: Mazdak
“I was at pains explaining to the immigration authority that I was not a Pakistani. Call me a dog, but not a Pakistani. I am a Baloch. Because of my place of birth, I faced a lot of harassment,” said Mazdak Dilshad Baloch, when he arrived in Delhi, seeking asylum in India. His Canadian passport  showed his place of birth as Quetta in Pakistan.

Like thousands of Baloch nationals fleeing the bloodbath and targeted killings of politicians and intellectuals in Baluchistan, Mazdak sought and was given refuge in Canada along with his family under the auspices of the United Nation High Commissioner for Refugees (UNHCR).

What Mazdak would like to see is a Baluchistan government in exile, like the Tibetans. But so far, there has been none.

No feeler from India’s Research and Analysis Wing (RAW)? Says Mazdak: "I am from Baloch and lived there for a very long time. I have not seen any Indian agent. Nor has anyone contacted me or my family. It is all being done by Pakistan. It is a factory of terrorists.”

”Islamabad wants to deflect the blame and blame India's RAW. To my understanding, there has been no support for Balochs from India or Indian agencies in the past 70 years."