The CPI(M) government in Tripura was, likewise, as remote from any Left-ruled enclave as the West Indies are from cricket’s birthplace. 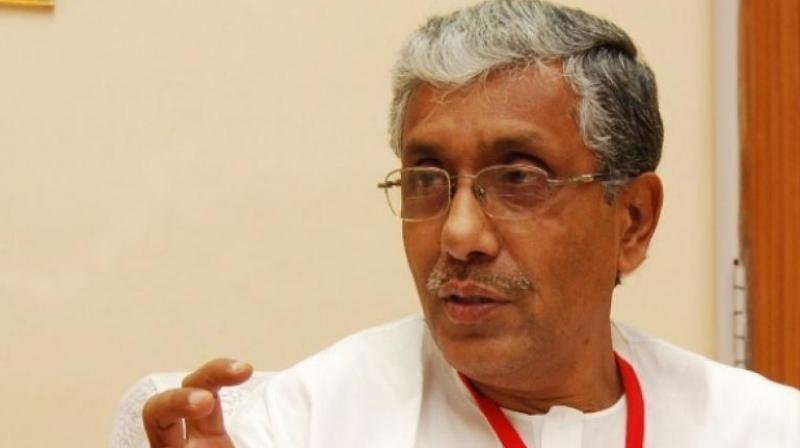 This may sound odd, but the reasons for the rout of the CPI(M) in Tripura are, to some extent, similar to the ones responsible for the decline of West Indian cricket. Never again will the likes of Weekes, Sobers, Viv Richards, Michael Holding and Brian Lara adorn world cricket. In the 1970s and the ’80s, the West Indies cricket team was like Don Bradman’s invincibles. The culture of cricket was their inheritance from the British colonial period.

The aggressive globalisation of the 1990s placed the West Indies in the sphere of the American media. The US-centered television beamed at the islanders not cricketers, but basketball and baseball stars like Michael Jordan and Jose Ramirez, with proselytising persistence. Within a generation, all that remained of the cricketing legends were their fading photographs in the scrapbooks of schoolboys of the ’80s in the former British colonies.

The CPI(M) government in Tripura was, likewise, as remote from any Left-ruled enclave as the West Indies are from cricket’s birthplace. After the end of Left rule in West Bengal, it had no structure to lean on. In this friendless era, it was exposed to hostile TV bombardment. Riding the crest of economic liberalisation, market fundamentalism galloped at breakneck speed to accommodate advertising for rampaging consumerism marketed by dream merchants, architects of plush malls and multiplexes.

CPI(M) chief minister Manik Sarkar’s controlled austerities withstood this barrage of televised razzmatazz for 25 years. By this time another generation had arisen, torn between a lifestyle of simplicity and the El Dorado on the horizon that metropolitan centres of control teased and tempted them with.

Agartala is in trauma. Before they find their feet, the stunned CPI(M) cadres are having to adjust to another reality. Party sympathisers are suddenly not making eye contact with them. Some, with an eye on the main chance, have been seen on the margins of mobs attacking CPI(M) offices, even pulling down the Lenin statues. The extraordinary feat that the BJP has pulled off leaves one breathless. Which other chief minister in the country will have a decorated director-general of police, B.L. Vohra, write in his book Tripura’s Bravehearts: “Manik Sarkar was definitely unlike any chief ministers whom I had seen, met, worked with and heard about... He was honest personally and that had percolated down to all echelons of the government — again one cannot find many examples of his ilk unfortunately in the country.” This level of decency has been traded by the Tripura electorate for mobs who pull down statues.

The universal assessment of Mr Sarkar even among the Opposition leaders in Tripura would flatter any politician. It was not just that he was himself a gentleman, but he appeared to have instilled his qualities in his Cabinet colleagues and the administration across the board. By all accounts his predecessor and guru, Nripen Chakraborty, was even more admirable. The staff in the chief minister’s house had never ever dreamt that they would serve a boss whose groceries were purchased on a ration card and who never saved enough money to open a bank account. This may be syrupy stuff in an era when materialism is the mantra, but do, for a moment, reflect on the Chakraborty-Sarkar duo against the amoral wasteland that stretches as far as the eye can see.

Also, it is elementary that 25 years of CPI(M) rule could not have lasted only because of the leadership’s decency. Despite the economic crunch, the government in Agartala implemented every Central scheme with greater efficiency than any other state. Ninety-six per cent literacy? Show me another state. The gender ratio is something of a record. That is how Tripura’s middle class was created. True, having created a new middle class, the government found itself flat-footed. It could not cope with the next stage of aspirations. It produced distributive justice, but found itself bereft of ideas to generate wealth to accommodate the educated unemployed and to promote two-wheel drivers to the four-wheel level.

On arrival in Agartala, I was able to find accommodation only in a government guest house. When I asked the CM if the absence of reasonable hotels was state policy, he was frank: “We are not in a position to cope with social imbalances that come with five-star hotels, bars and restaurants.”

To a considerable extent, the outcome in Tripura and elsewhere in the Northeast is the Congress’ gift to the BJP. Himanta Biswa Sarma, a genius in electoral management, walked out of the Congress because he could not bear Rahul Gandhi’s insulting silences. Tarun Gogoi, the former Assam chief minister, was eager to create his own dynasty, and make his son Gaurav the CM. This would cut out Mr Sarma, whose political brilliance underpinned the latter half of the Gogoi years. This kind of a dynamo, backed by money power that would make Nirav Modi salivate and an adversarial Centre controlling the purse strings — that is how the Left was uprooted in Tripura. Just imagine, when state after state is implementing the 7th Pay Commission’s recommendations, Tripura found itself stranded at the 4th Pay Commission. The CPI(M)’s dogma also stood in the way: “The 7th Pay Commission made some demands which were anti-people.”

The change of cultures was imminent from the day the BJP planted Tathagata Roy as governor of Tripura. The genteel tone of Chakraborty-Sarkar gave way to a inelegant vocabulary. “They should be buried head first in pig’s excreta”, said the governor, by way of a recommendation on how to deal with terrorists. Pulling down of statues is a milder form of retribution compared to the coarse standards set by the governor.