Energy follows thoughts, so if energies are conducive, there is no friction. 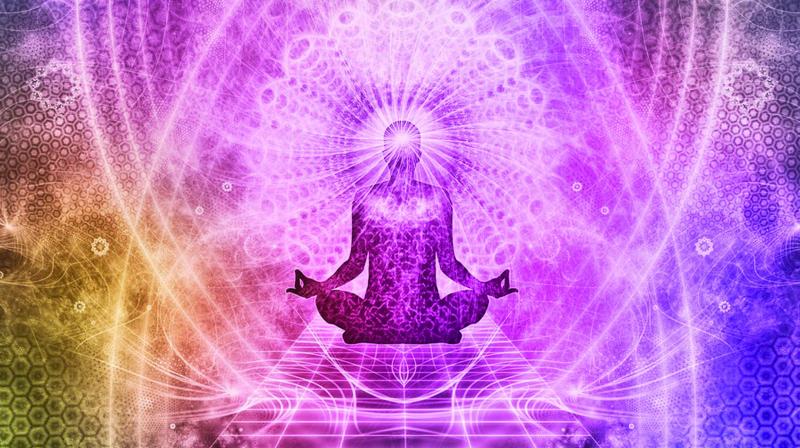 If two people start doing sanatan kriya together, the chances of conduciveness of auras go up manifold, and friction fades away and colours begin to match because thoughts would now be similar.

Aura makes the human being. The reflection of that is you. An interesting aspect of aura is the concept of relationships. Why two people are together most of the times? Why do they share such good vibrations? Or, why people are averse to each other? The answers lie in the aura. Aura tells the traits of a person and also his lifespan. The aura of a human being consists of some basic colours like lighter shades of red, green, orange and violet. Very few among us have stronger colours like golden, white, light violets and electric violets.

When two people meet, the connection starts with eyes — when they look at each other, but manifests at the level of surya chakra, the emotional centre situated at the centre of the rib cage near sternum. It is this chakra which gives you the first tingling feeling when you look at someone and like that person. The second connection is the connection of auras, i.e., general colours around them. If they complement each other, then the thoughts of two people match, and a relationship develops. The problem starts when one person’s thought pattern starts to change. Let’s say when you meet someone, you both are on a spiritual plane. The colours in your auras at the time should be in the range of white and light violet. Over a period of time, as one partner starts to think about commerce or sex, or anything which is highly physical the colours in the aura will change to maybe a light red or green or orange or blue. Red and violet don’t complement each other hence there is friction of colours or thoughts or aura, which leads to disharmony in relationship, and problems begin. Similarly if two people have met on a very physical plane, lets say in an office, so it’s expected that relationship is emanating from shades of red or green or orange. If over a period of time, one partner embraces spiritual practices, the colour of the aura of the partner will change and friction will start because both partners progress in different directions. Both are right, it’s just that energies which are controlling them are no more conducive.

The evaluation of auras of people when they have just met, and who like each other, is not required because they are comfortable with each other — their auras match. But during the course of time, if one person’s thought pattern changes, then relationship will also change. That time it is recommended that both partners pick up a similar activity to do. Let’s say they exercise or play a sport together or simply do sanatan kriya together. If two people start doing sanatan kriya together, the chances of conduciveness of auras go up manifold, and friction fades away and colours begin to match because thoughts would now be similar. Energy follows thoughts, so if energies are conducive, there is no friction. Normally, people think aura is a myth, but I have proved its existence in front of doctors.