Israel, at 70, remains a restless warrior

Israel’s biggest diplomatic breakthrough happened when Egypt, once a mortal enemy and leader of the anti-Israel Arab coalition, recognised it in 1978. 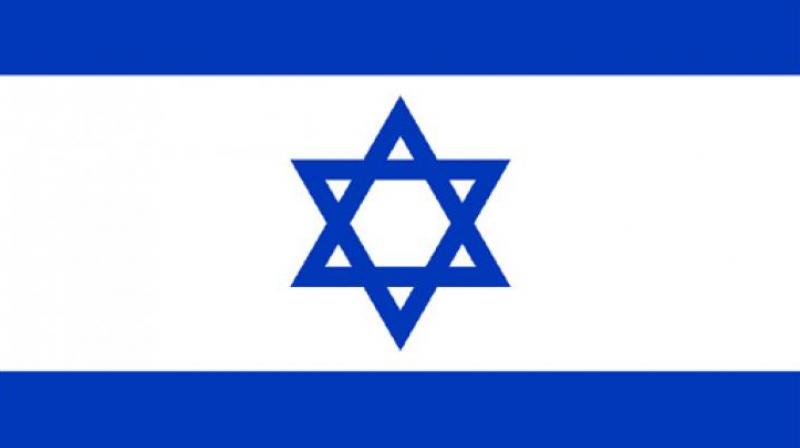 The State of Israel has completed 70 years of existence. This is no small milestone because it has survived against extreme odds from the moment it was founded on May 14, 1948. For all its adversaries praying, plotting and hoping to destroy it, Israel proudly looks them in the eye today and says – “you failed to erase me from the map or deprive me from my ancestral homeland”.

Through perseverance and grit, Israel has established itself as a fait accompli in the last seven decades. A country that faced simultaneous attack by seven Arab armies within hours of its creation, Israel has not only stood its ground but also acquired more territory via crushing military victories in 1948 and 1967 than what was allocated to it by the United Nations partition plan.

Contrary to popular wisdom, Israel did not win these wars over combined Arab rival forces thanks to American military and diplomatic support. During its formative first 20 years, Israel did not receive large-scale US military aid and was left to its own devices to ward off multiple challenges to its national security from hostile Arab states. France, and to a lesser extent Britain, did supplement Israel’s fighting capabilities in the early years of the Jewish State, but these were not decisive factors in thumping Israeli wins over Arab enemies.

The concept of “qualitative military edge”, wherein America commits itself to aid Israel to prevail over its numerically superior foes, came into effect after the 1967 war, and not before it. The miracle of Israel’s survival and growth is more endogenous than resting on the US as its protector or insurer.

Born out of the cauldron of the Holocaust where six million Jewish people were mercilessly killed, Israel’s founding generation of leaders forged a ruthless national security state which was better organised and equipped for overt and covert warfare than any of the Arab countries clamouring for Israel’s extermination.

Premonition that another genocide would wipe out the remaining Jewish people and determination to avert it by any means instilled a restless warrior mentality in the Israeli State from the outset. Many of the leading figures who built independent Israel’s military and intelligence agencies had experienced anti-Semitism and atrocities of the worst kind during World War II. After taking charge of Israel, they cultivated a fierce younger generation of national security hawks who believed in the primacy of violently deterring existential threats rather than relying on soft diplomacy.

As a democratic country, Israel has always had a dissenting Left-liberal strain which questions the ideology of a hard state driving terror into the hearts of rivals and engaging in perpetual violence. As early as 1955, the moderate Israeli Prime Minister Moshe Sharett wondered which of “two souls” would triumph in his nation — the traditional Jewish one based on “spiritual sensitivity” and “profound love of humanity”, or the militant revolutionary one “capable of murdering people with a clear mind and in cold blood”.

Arguably, the latter soul has been in command of the machinery of the Israeli State so that the former could flourish within Israeli society and nurture high artistic and entrepreneurial talents. Israel’s defence-intelligence apparatus has forever held an upper hand over its foreign ministry in the pecking order of a unique nation where war-preparedness and bracing for terrorist attacks is eternally in the air.

Israel has a polarising effect on world politics due to its propensity to use maximum and disproportionate force against antagonists. The burden of a state that does not hesitate to perpetrate even war crimes against civilians is a heavy one to carry if a country prizes its international reputation and image. But Israel has an identity driven by abnormal, blood-drenched circumstances since its origin. It has never cared about international law or public opinion as long as the United States has its back in the UN Security Council.

On occasions, when even the US tried to impose restraint on Israel, it doggedly went ahead with its own logic that if it did not vanquish terrorists then they would eliminate Jewry. For example, on the eve of the notorious Sabra and Shatila massacres in Lebanon in 1982, the Americans tried to dissuade then Israeli defence minister Ariel Sharon by citing the damage to Israel’s stature in the world. Mr Sharon angrily ignored the advice and thundered: “When it comes to our security, we have never asked. We will never ask. When it comes to existence and security, it is our own responsibility and we will never give it to anybody to decide for us.”

Hatred and fear, rather than respect, is what Israel has earned through this no-compromise approach. Yet this does not mean Israel is content with diplomatic isolation and marginalisation. From its infancy, Israel pursued the “periphery doctrine” devised by its first Prime Minister David Ben-Gurion to cement strategic alliances with non-Arab Muslim countries and divide the opposition. Turkey and pre-revolutionary Iran were the two key Muslim states which recognised Israel from the 1950s itself. In the 1960s, Arab Morocco developed close clandestine ties with Israel.

Israel’s biggest diplomatic breakthrough happened when Egypt, once a mortal enemy and leader of the anti-Israel Arab coalition, recognised it in 1978. In 1994, another long-time Arab opponent Jordan signed its separate peace treaty with Israel. The weakening of the pan-Arab front against Israel is now complete with Saudi Arabia, the UAE and other conservative Sunni monarchies secretly entering into strategic coordination with Israel to counter Shia Iran.

The recent comment of Saudi Crown Prince Mohammed bin Salman that both the Palestinians and the Israelis “have the right to their own land” shows how far Israel has come from being the “Zionist colonialist implant” that the Arabs would never tolerate in their midst. Economic and security cooperation with rising powers like China and India has also given Israel wider leverage to push back against civil society campaigns to boycott and shame it.

Still, there is a paradox in Israel’s contemporary position of supreme strength. No matter how secure it is militarily and geopolitically in an objective sense, it feels subjectively ever more insecure. When the Supreme Leader of Iran, Ayatollah Khamenei, vows that Israel will cease to exist in 25 years, Israeli ears perk up and the Israeli security elites go on the offensive to beat back an Iran that they believe is out to annihilate their nation with nuclear weapons. The likelihood of direct war with Iran is all-pervasive in contemporary Israeli military planning and imagination.

Thus, the hardline policies and foreign interventions which define Israel’s fraught life never end. Even at the age of 70, Israel has not settled down and does not consider peace in its neighbourhood to be a realistic proposition. The primal angst about being liquidated as a nation if it lets up and relaxes is so ingrained by historical legacy that Israel cannot become a normal state. The survival struggle goes on.