The TV series is the first of its kind to try and capture in drama the story of this “revolution”. 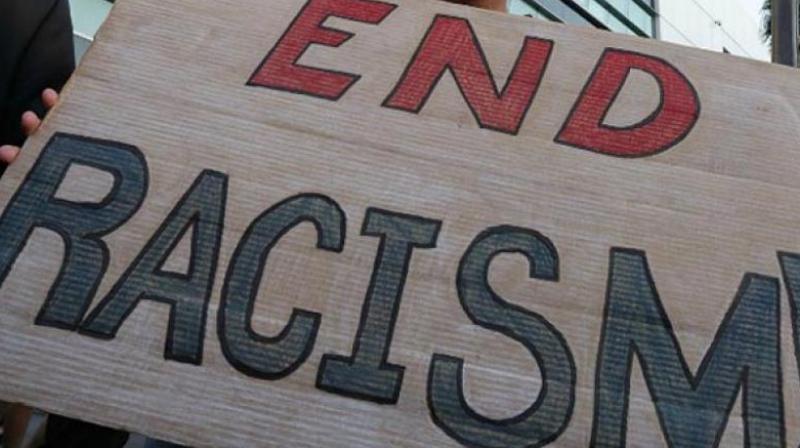 Can a TV drama series set in England in about 1971 be called “historical”? I’d like it to be and it’ll soon become clear why. Andy Warhol famously said that everyone should (or did he said “would”?) have 15 minutes of fame in their dreary existences. Just so, looking to a larger span than the prescribed 15 minutes, one hopes to be a more enduring historical figure.

It would be ridiculous to aspire to the perpetuity of the Buddha, Moses, Jesus or even, through different achievements Alexander, Napoleon, Attila the Hun or Shakespeare. Most writers, I suspect, have a yearning, perhaps unacknowledged, to be remembered through their works — even though they may write principally for money or through an urge to recreate a world in words or simply to get attention by telling a story.

But I digress. This week on a TV channel called Sky Atlantic and in America on Showtime a “historical” fiction will be screened. There’s a huge amount of fanfare for it, because it’s written and directed by John Ridley, who won an Oscar for writing 12 Years a Slave and stars, amongst others, Idris Elba and our own (?) Freida Pinto. The series is about the politics of the “black” movement of the late 1960s and the ’70s in Britain.

Immigration to Britain from the colonies, West Indian islands, and ex-colonies, India and Pakistan, began in large measure in the ’50s and ’60s. People came over to Britain and were largely assigned dirty jobs that the British working classes were abandoning — driving underground trains, conducting buses, doing the dirty work of cleaning in the National Health Service, working the night-shift in antiquated textile mills and other industrial factories. Amongst this tiny, possibly one to two per cent of the British population, there grew protest movements to demand better conditions and equal rights in wages, employment opportunities, housing, treatment by the state and police, schooling and freedom from rank abuse.

The impulse to protest translated itself into groups that called themselves “revolutionary” and espoused Marxist and Marxising ideologies and strategies. One outlet for these energies was the protest against America, which was seen as fighting an unjust, unequal war in Vietnam.

In the late ’60s I joined the movement that had been founded by black and Asian activists a few months before I became a candidate member. The founders adopted the name in homage to the Black Panther Party of the US, a good recruiting strategy at the time and dedicated the movement (deliberately not calling it a “party”) to fight for social and political equality for the steadily increasing and severely discriminated-against population of ex-colonial immigrants to this country.

“Black” was a political colour and didn’t stand for the pigmentation of skin. One of the most prominent and active members of the movement, recruited to the Central Core, was the late Mala Sen — later my wife.

The TV series is the first of its kind to try and capture in drama the story of this “revolution”. John, through months of writing the scripts, called upon people who were involved in the 1970s groups to tell their stories. Having been a member of the Central Core (a sort of collective leadership or politburo) of the British Black Panther Movement, I was asked by the producers of the series and John to act as one of the consultants and script editors and they used my book London Company as an acknowledged guide.

The series features a black man and his partner, a young Indian woman whose father has been imprisoned in India for Naxalite activity, who graduate from political protest and demonstrations to acts of terror. The series dramatises the consequence of this “graduation”.

At a packed preview of the first episode of the series in London John, Idris and Freida came in for concerted criticism from a group of activists from the Black Lives Matter movement. They heckled John for creating an Asian woman protagonist as one of the key players in the “black power” movement of the time. They accused him of airbrushing black women out of the historical moment. The attacks got quite personal and the comments, which followed the subsequent reports of the preview in the social media, even more so.

John set out to dramatise reality and not to take on the role of advertising agent for it. He seized on the tendencies present in the historical movement and took them in narrative form to their possible conclusion. There were in the Black Panther Movement hotheads who wanted to turn to terror in imitation of the IRA or Germany’s Baader-Meinhof group.

Guerrillas is not a documentary but is plausible, representative and entertaining. In my humble opinion, the agitational movements of immigrants in the ’60s and ’70s motivated the evolution of Britain into the irreversibly multi-ethnic society it is today. Perhaps the fight against racism directed at black and Asian immigrants is thankfully not a prime preoccupation any more. On the representation of colour, class and gender, a preoccupation of people who call themselves “activists” today, if there wasn’t a leading Asian protagonist in the series I might have asked “why not”? There were several Asian women at the time who may not have been members of a group but who took radical stances, including with Mala, Brinda Karat, Radha Das and a collective called Southall Black Sisters!

As it happens there is no leading Asian male in the series, but I and the other Asian men in the movement, such as Suneet Chopra and Vivan Sundaram, founding members, are not about to challenge John on it or fill social media platforms with whining rubbish. I don’t feel airbrushed or erased as Stalin did to Trotsky in the annals and photographs of the Russian Revolution.

As a writer myself, I know that in telling stories the main consideration is not ticking boxes on ethnicity and gender and objecting to unticked boxes is symbolic and tactically impotent.