Why is China trying to shift goalposts?

There is no doubt that the Sino-Indian border has become more problematic than what it was 100 years ago. 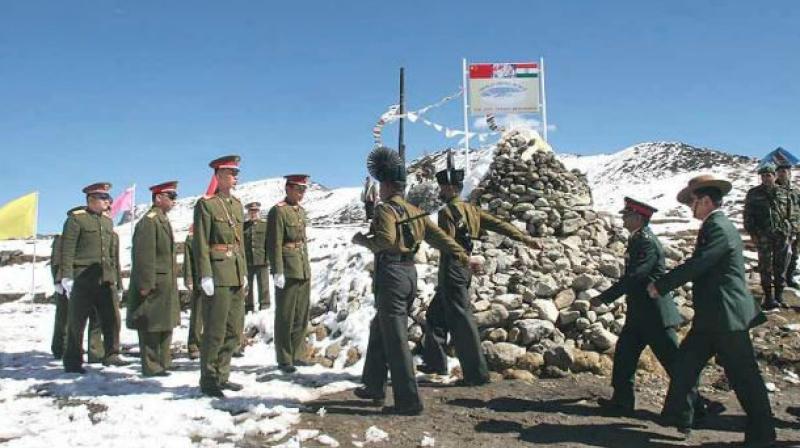 There is no doubt that the Sino-Indian border has become more problematic than what it was 100 years ago. And the bad news is that both sides have to answer first to their domestic audience before addressing the bilateral issue.

A media report “China ready to cede land for part of Arunachal?” made an interesting point, but without substance, as several unanswered questions instantaneously crossed one’s mind. Thoughts went back and forth to several media stories of the late 1950s and the news of that fateful day of the Chinese attack on the Kameng sector of Arunachal Pradesh, then the North-East Frontier Agency (NEFA), in India, Bhutan and Tibet trijunction, early in the morning on October 20, 1962, in which the rag-tag, ill-equipped, starving, ammunitionless, shorn of woollens and obsolete, 303 “bolt” rifles (with 10-round capacity) grasping Indian soldiers of four crack units of 1 Sikh, 2 Rajput, 9 Punjab and 1/9 Gurkhas were wiped out followed by the forlorn brigadier, of 7th Brigade of 4 Infantry Division of IV Corps, being taken prisoner of war by the PLA.

Fifty-five years later, the Chinese have now (reportedly) come up with a “new formula to settle the dispute”. What is this new formula? And what was the old one? In what way is the new formula an improvement over the old one? One has to first try and analyse the “new” formula, and then compare both.

The “new” Chinese proposal wants India to cede the “Tawang tract” to pave the way for a “settlement”. How? According to the Chinese: “If the Indian side takes care of China’s concerns on the eastern section of the border, the Chinese side will respond accordingly and address India’s concerns elsewhere”. India to take China’s “concerns on the eastern section of the border”. Specific. Precise. It is Arunachal Pradesh. But India’s concerns are unaddressed, unfocused and unspecified. It talks of “India’s concerns elsewhere”? What and where is this “elsewhere”? North, south, central, west of the Himalayas, where? Though unsaid and unspecified, “elsewhere” implies the eastern border/sector of Jammu and Kashmir as it simply cannot be Rajasthan, West Bengal, Punjab or Haryana. But why this sudden shift of goalposts after more than five decades? It is time to explore and remind the Chinese of some salient features of the issue.

Let the fundamentals be clear — that the present Sino-India border imbroglio is the legacy inherited from the 19th-20th century competitive imperialism of London and Moscow, with a comparatively weaker, and hence smaller, imperial China trying hard to remain relevant in the periphery/tertiary, with its own territorial ambition; an enterprise which, however, ceased to exist in 1911-1912, on the eve of the First World War (1914). The entire gamut of Great Eurasian “border games” peaked as an Anglo-Russian bilateral, which soon created multiple and multi-front “situations” after the Second World War and the “unavoidable imperial retreat of the West”. The retreat, in its turn, however, left behind a “vitiated vacuum” filled by competitive and overlapping nationalist Sino-Indian aspirations around and across the Himalayas, leading to the October 1962 Sino-Indian war.

In fact, contrary to what the Chinese are suggesting today, their illustrious predecessor, Zhou Enlai, had crisply clarified the genesis of the problem: “The McMahon Line was a product of the British policy of aggression… In view of the various complex factors, the Chinese government on the one hand finds it necessary to take a more or less realistic attitude towards the McMahon Line and, on the other hand, cannot but act with prudence and needs time to deal with this matter.” Zhou had made his point. There were two front problems. Arunachal’s McMahon Line in the east and Ladakh/Aksai Chin sector, constituting the north-eastern frontier of J&K, adjoining western Tibet. The interesting point is that whereas the McMahon Line constituted the sole point of difference of opinion between China and India, the western sector of Ladakh-Aksai Chin-Lhasa axis had multiple “demarcated” or “delineated” borders at different times by different personalities, thus making it more complex and complicated for both China and India to come to a common minimum (base) agreement.

In the western sector there are at least four “lines” which overlap/ differ with each other, thereby creating complications. First, the “Foreign Office line of 1873”, falling south of the Karakoram range, takes India’s northern border from north of Galwan river to a straight south-eastern point of Lanak La. The second is the Macartney-MacDonald line of 1899, beginning at the Karakoram Pass, which forms a watershed (in line with the Karakoram range) between two systems of rivers. The first system, north of the line, consists of Karakash river, flowing south to north (which shows it to be beyond India). The second system of rivers, south of the line, Chip Chap, Galwan, Chang Chenmo and Shyok flowing north to south and falling under the Indian side. The third is the Johnson-Ardagh Line, beginning north of Karakoram range (from Shahidullah) and running northwest to southeast (north of Haji Langar), turning sharply to south from Kunlun Mountains, and ending at Lanak La (which is virtually at the southernmost tip of the Karakoram range). And finally, there stands the “alignment of British Boundary Commission of 1946-1947”. All four taken together make a “royal British imperial frontier cocktail of the orient”, thereby leaving Beijing and New Delhi to thrash out the knotty boundary issue through mutual thrashing of each other’s soldiers in the high hills of the Himalayas.

There is no doubt that the Sino-Indian border has become more problematic than what it was 100 years ago. And the bad news is that both sides have to answer first to their domestic audience before addressing the bilateral issue. In this situation, the fresh Chinese proposal does not help anyone at all. India’s Arunachal of 1947, 1949 or 1962 cannot be compared to the Arunachal of 2017.

No doubt the Dalai Lama crossed over to India on March 30, 1959 through Tawang, Arunachal, and was received by Indian officials at Tezpur on April 18, 1959. Nevertheless, China needs to understand that their tacit consent to accept the McMahon Line as the de facto Sino-Indian border in the 1950s must have been in their mind when they retreated to the prewar “Line of Actual Control” in the aftermath of the October-November 1962 war, thereby giving credence to the McMahon Line as the mutually accepted and acceptable border in India’s Northeast.

China’s position, unlike that of India, in Central Asian topography is unlikely to be a bed of roses owing to non-Indian factors. As it is, India, after having faced ceaseless invasions through its northwest frontier, before and since 1947, also found China fully exploiting the situation, first with its military alliance with Pakistan, and then with the CPEC. Although, initially the former prima facie, did not violate India’s J&K territory, CPEC constitutes a direct assault on Indian sovereignty. And that must not be ignored or overlooked by China even as it now proposes to make an impossible-to-accept, change of border-resolution goalpost.