Opinion   Oped  15 Jan 2020  How children learn: The hardest puzzle of all
Opinion, Oped

How children learn: The hardest puzzle of all

Suman Bhattacharjea
The writer is director (research) at the ASER Centre, the research and assessment arm of Pratham Education Foundation.

Anyone who has interacted with young children knows that they love hands-on activities involving colours and pictures. 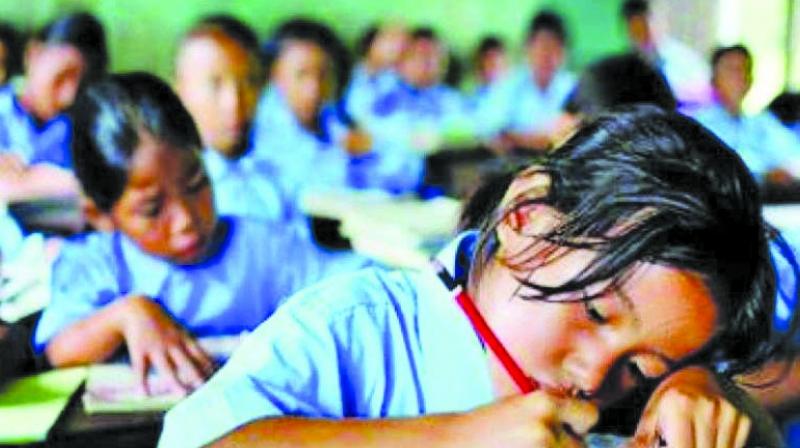 One reason this matters is that the ASER “Early Years” data underlines what child development experts have been saying for years — cognitive skills matter.

Anyone who has interacted with young children knows that they love hands-on activities involving colours and pictures. Probably less well understood, and certainly less acted upon, is the fact that adults often feel the same way. We saw many demonstrations of this in the ASER 2019 “Early Years” survey this year. ASER is a survey of children’s schooling and learning status in rural India that has been conducted annually since 2005. This time, ASER focused on young children in the age group 4-8 years. During our interactions with these young children, over and over again we found older siblings, mothers and even grandmothers looking on fascinated (there were usually more adult women around than adult men) — you could see that they too wanted to have a go at the simple activities that we included in the “cognitive development” domain — things like putting cards in order by size (seriation) and doing a four-piece jigsaw puzzle.

Stimulating curiosity and discussion about what we are up to is a key part of the household-based design of ASER, and the Early Years tasks that we used this year generated a level of interest that was unprecedented. So much so that once the process had been completed with the young children in a sampled household, we would often invite the onlookers to try doing the tasks themselves. And once didi or amma or bua had experienced the fun of figuring out how to make pieces of elephant come together as a real, complete picture of an elephant, it was a natural next step to discuss how it was easy to create more such activities by cutting up pictures from an old calendar or magazine.

The Early Learning Development Standards (ELDS), developed by the Centre for Early Childhood Education and Development (CECED) at Ambedkar University, New Delhi, with the participation of Unicef and a range of government and non-government institutions, suggest that the simple cognitive development tasks we used should be well within the capability of a five-year-old child to handle. The specification of learning outcomes developed by NCERT for children in pre-primary classes also includes these kinds of tasks. But in the ASER “Early Years” sample only about half of the five-year-olds could do them.

One reason this matters is that the ASER “Early Years” data underlines what child development experts have been saying for years — cognitive skills matter. The extensive literature on school readiness shows that children’s cognitive development is closely linked to their outcomes in many other areas. The ASER “Early Years” data shows a very clear relationship between children’s cognitive skills on the one hand, and their early language and numeracy abilities on the other. This relationship is visible in every subpopulation of the sample: it is true for children age 5 as well as those age 8, among children in pre-primary classes as well as those in Class 3 in primary schools.

These findings point in the same direction as those of India’s first large-scale longitudinal study of young children — the India Early Childhood Education Impact study (IECEI), conducted by ASER Centre and CECED between 2011 and 2016, which tracked a cohort of 14,000 children from age 4 to age 8. The IECEI study found, for example, that children who were able to do tasks such as sequential thinking at age 5 had better early language and numeracy outcomes than their peers who could not do these tasks — and moreover, that this advantage persisted even three years later.

How best to ensure that children acquire this toolkit of cognitive concepts and skills first, before they are required to plunge head-first into the primary school curriculum? Both ASER and IECEI data show that to some extent, no intervention is required — children develop these skills naturally as they grow older. So one part of the solution may be to simply ensure that children do not enter school too early. Most states in India permit entry to Class 1 at age 5, and ASER data shows that almost a quarter of 5-year-old children in rural India are already enrolled in school along with some who are younger than 5. The age-class distribution in different types of schools shows that most of these underage (relative to RTE norms) children are in government, rather than private schools. Many children going to government schools also have limited access to learning support at home, relative to their private school-going peers, since increasingly, only children from the most disadvantaged households — which are also
those with the least exposure to schools and schooling — attend government schools. Five-year-olds in Class 1 thus often face a double disadvantage, both of age and of limited home support, at the stage when they are just beginning their journey through the formal school system. And as ASER reports have been repeating for the last 15 years, lack of flexibility in the school system means that once children fall behind, it is very difficult for them to catch up.

The other part of the solution is, of course, to ensure that children access high quality and developmentally appropriate pre-primary education that provides them with the foundational skills they need before they enter school. International recognition of the importance of ECE, as reflected in SDG 4.2, targets exactly this objective — to support young children with the appropriate environments and inputs that will enable them to develop these foundational skills, thus providing children with a more level playing field in terms of their ability to cope with the formal school curriculum.

This objective is now very much on the government’s agenda, as seen most recently in the draft National Education Policy (2019). States are grappling with designing provisions and programmes for the early years that work for their context and needs. But while the various government systems sort out who will do what, and how they will coordinate with each other to ensure that the envisaged continuum of early learning moves from policy pronouncement to ground reality, it is important not to forget that at this young age children still spend most of their time at home. An uneducated mother may not be able to offer the expert scaffolding that a well-trained ECE teacher can provide to help young children grow and learn, but she can still do a great deal.

A necessary first step, though, is to find effective ways of spreading the message that for young children especially, learning should not be about textbooks and memorising the “right answer”. For the many adults in a child’s life, both at home and in pre-school or school, perhaps the most challenging puzzle of all is to be able to see the big picture in terms of how young children learn. Once the overall picture is clear, the “studying” and “having fun” pieces can be put together, arranged and rearranged in many different ways.