Q&A: ‘Rao pretended to be asleep and silent... but was making political choices’

My book describes this in much detail, and it would be hard to reproduce the extent to which Rao micro-managed the economy. 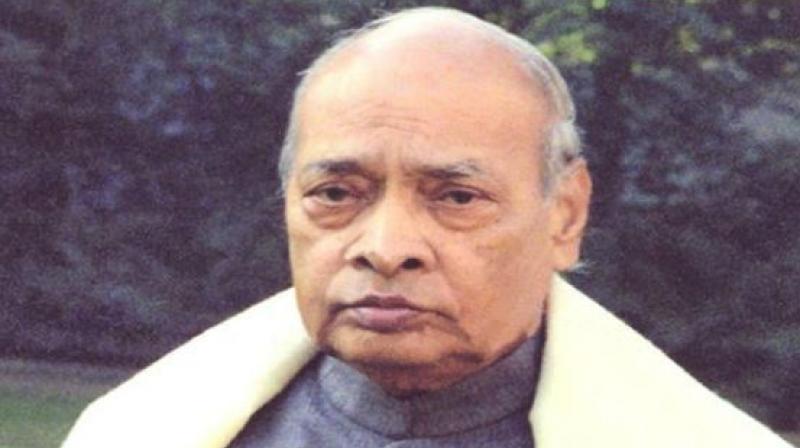 As India marks 25 years since former prime minister Narasimha Rao set in motion the economic liberalisation that catapulted India into the big leagues in the nineties, and Prime Minister Narendra Modi prepares in the coming weeks to unveil a budget and an economic reboot that is already being described as Liberalisation 2.0, Vinay Sitapati, author of the book Half-Lion — How P.V. Narasimha Rao transformed India gives The Asian Age an insight into how Narasimha Rao charted the tricky post socialist world he was given to rule without the popular mandate that most politicians used to justify their actions.

1. Former Prime Minister Narasimha Rao’s economic liberalisation in 1991 came when India’s gold and cash reserves had dipped to an all time low and India was on the verge of economic meltdown. How bad was it? And in retrospect, do you believe that anyone else in the place of P.V. Narasimha Rao would have done the same and opened up the economy, and that as many in the Congress believe, that it was Rajiv Gandhi who sowed the first seeds of economic liberalisation and Rao only followed Rajiv’s roadmap, that it was not solely Mr Narasimha Rao's idea. He only followed the instructions from the World Bank and IMF. What do you know and believe to be true.
The evidence is clear that the IMF was only an excuse. As I show in my book ‘Half-Lion’, India’s economy was chronically weak, and we had suffered many economic crises in the past. We had even taken a loan from the IMF earlier, in 1981. But those crises had not caused the prime ministers of the day to open up the economy. Rao was the only one who knew how to make use of a crisis. Besides, the economic crisis of 1991 ends by February 1992. Our forex reserves are back to normal. What then explains all the big reforms — on telecom, infra, airlines etc. — that took place after the crisis ended? The answer has to be political leadership. Rajiv’s views on liberalisation are clearly seen in the 1989 and 1991 Congress manifestos. Rajiv had begun as a reformer in 1985, but post-Bofors and general mismanagement on his part, he had grown risk averse. The evidence strongly suggests that had Rajiv come back as PM in 1991, he would have been risk-averse and populist. That was what he had become post 1987. Reforms in India are fundamentally political, and but for Rao it is unlikely to have happened.

2. Can you take us through some of the details of the inner workings of Narasimha Rao, and how he homed in on Manmohan Singh as Finance Minister and how the two of them pulled India's irons out of the fire.
My book describes this in much detail, and it would be hard to reproduce the extent to which Rao micro-managed the economy. Rao pretended to be asleep and silent. But it was a complete act. He was making political choices, and he needed someone with a technocratic and incorruptible image to hide behind. Manmohan Singh was that person. Singh also steadied Rao’s nerve when it failed him — like with the devaluation of the rupee in July 1991. But most other reforms were micromanaged by Rao. Rao grasped that the principal roadblock to reforms were political: big business, left-wing intellectuals, bureaucrats, and of course, the Congress party. His genius was that he was able to outmanouvre the opponents and push unpopular reform, all the while pretending to do little.

3. Do you think, 25 years since he took over that history has been kind to PVN? Was he the best Prime Minister? Is PVN India's Deng Xiaoping? What is his place in history?
Deng was Rao’s idol, as I point out in the book. But Deng is still revered by his party, while history has been really unkind to Rao. The way the Congress party has treated him has been nothing short of shameful. The treatment of his dead body especially — refusing a cremation in Delhi, and refusing to allow the body into the Congress HQ — is telling. Rao has not just been denied authorship for economic reforms, many of his other achievements lie forgotten — like foreign policy, and welfare schemes. Nobody talks about the fact that Rao’s contribution to national policy on education, health, and employment guarantee is unmatched by any other PM.

4. India’s economic growth has been stupendous since that initial push. But don’t you think it is also because of the other Prime Ministers who followed PVN and pursued sound economic policies as Dr Manmohan Singh did?
Certainly the PMs who followed Rao deserve a lot of credit. But it was Rao who first set India off on a new trajectory. He showed other PMs that economic reforms was not political suicide (even though he was not able to show that it was politically beneficial). Other PMs may have even done more than Rao, but it was he who changed the direction.

5. 25 years on, what do you think are the major flaws of PVN’s brand of economic liberalisation? Could he have done anything differently?
He certainly didn’t sell it to the public. The evidence is overwhelming that liberalisation has not just improved Indian growth indicators, the health, education, and other HDI indicators of India has improved because of it. Some of it is of course indirect: increase in government revenue has led to large schemes that benefits the common man and woman. I think that because Rao had a weak mandate, he was afraid to sell the fact that liberalisation already has a human face. Of course much more needs to be done. But could we please compare Rao’s actions on education, health to what it was in, say, Indira Gandhi’s ’socialist’ india. The argument that somehow Indira was pro-poor and Rao anti-poor is not borne out by the data.

6. Apart from Manmohan Singh, are there any other prominent Congress leaders who still think Mr Narasimha Rao did a great deal of good? Do you believe that the Gandhi family has not given him his just due because he was reluctant to kowtow to them and set out on his own path without doffing a hat to his former mentors, Indira and Rajiv, and gave the Congress party a new Gandhi-less identity?
Manmohan is of course very public about his respect for Rao. He has never hidden it. It shows Manmohan’s character. And Jairam Ramesh was bold enough to write a book on liberalisation where he gave credit to Rao. I also spoke to many many Congressmen and women who privately respect him. But they are afraid to speak publicly for fear that 10 Janpath will notice.

7. With the advent of the Modi-Jaitley era, how would you compare them to the PVN-Manmohan duo?
It’s too early to tell. The one thing I realise about writing accurate political history is that you need some distance. For instance, on July 25th 1991, the day after the landmark de-licensing policy was announced, the press sought to focus on Manmohan Singh’s budget of the same day (though the delicensing policy, announced the previous morning was more important). So you do need time and distance to see what is important. I needed 25 years of distance to be able to see and appreciate Rao.

8. Liberalisation has made India’s GDP grow without commensurate growth in job opportunities. Comment.
This is undeniably true. And Rao does share some blame for not kickstarting manufacturing. I can only say in his defence that the roadblocks to doing that — labour reforms for example — were too high for someone with as weak a mandate as Rao. But yes, it’s a failure of his, as I point out in my book.