‘Lone wolf’, sniper hits may see a spurt in J&K

The epicentre and levers of angst will more and more emanate from within the Valley, as opposed to across the border. 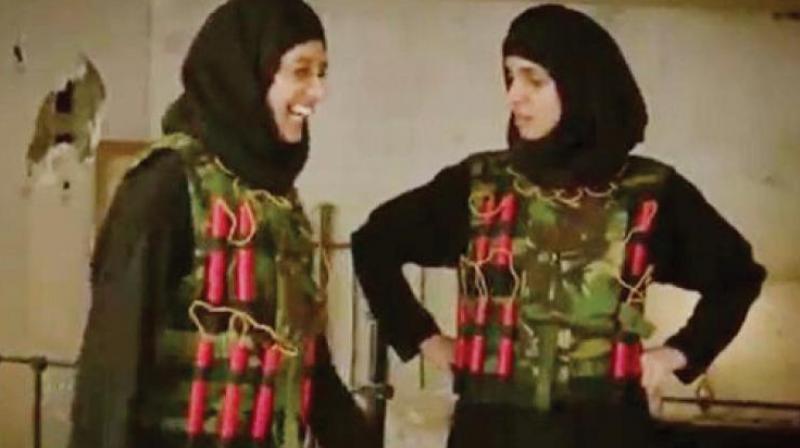 The predominant tactic copied and deployed by the Tamil Tigers was through the “suicide vests” that had killed India’s former Prime Minister Rajiv Gandhi in May 1991 at Sriperumbudur in Tamil Nadu. (Representational image)

Various socio-economic, political, evolutionary and even climatic factors can influence the nature and dynamics of armed insurgency. The form of terror attacks depends mostly on the situation on the ground that supports or warrants one approach over the other. The landmark 1983 Beirut bombing attacks on the US embassy and later at the Marine barracks that led to over 350 deaths had introduced the concept of “suicide attacks”, a tactic that was subsequently pioneered by the Tamil Tigers in Sri Lanka. While the Beirut attacks had entailed vehicles laden with explosives, the predominant tactic copied and deployed by the Tamil Tigers was through the “suicide vests” that had killed India’s former Prime Minister Rajiv Gandhi in May 1991 at Sriperumbudur in Tamil Nadu, and two years later, sitting Sri Lankan President Ranasinghe Premadasa in May 1993, among many other brazen attacks. The unventilated and unrelenting presence of the significant “other” (in terms of the opposing military or civil population that is violently divided on sectarian, religious or ideological lines) within the core conflict zone generates the opportunity to carry out such suicide attacks. This has since been taken up by the Palestinian group Hamas, other religiously-inspired terror organisation in the Syrian-Iraqi swathes and by groups on either side of the AfPak’s Durand Line.

Another evolutionary phenomenon of technology-enabled radicalisation has been the deadly menace of “lone-wolf” attacks that take place without the command-infrastructural support or wherewithal of terror outfits. These are typically attributable to elements that are even beyond the “sleeper cells” of organisations, and are inspired to do so out of a sense of revenge, retribution or misplaced religious convictions. There is usually an undercurrent of perceived injustice, humiliation or suppressed marginalisation that accompanies the perpetrators’ psyche and frustrations, leading up to the attack. More often than not, the “lone-wolf” attacks occur where the perpetrators are driven to do so in the absence of an opportunity to join a larger group or where the perpetrator belongs to a “minority” populace. The third shade of terror tact is the “sniper attack”, which is routinely seen in urban domains, with the essential difference between it and the suicide attack or lone wolf attack being that the intent of the perpetrator is not to fight till the end, but instead to cause the maximum damage and get away without getting caught or neutralised. The “sniper attack” is usually a reaction to the situational inability to undertake a mobilised head-on and full-frontal attack for reasons that veer around tight security arrangements or the lack of infrastructural firepower to undertake composite attacks.

In conflict zones where the battles are more amongst “equals”, the attacks are more of a “head-on” nature — whereas, the “shoot and scoot” dynamics of the “sniper attack” suggests a more uneven balance of control within the conflict zone. The suicide attack or the “lone-wolf” attacks, besides being an indicator of control imbalance, is additionally suggestive of a certain desperation and inability to persist with conventional militancy. The Kashmir insurgency has had various evolutionary phases and shades of terror attacks, though it has been relatively spared suicide attacks, “lone wolf” and sniper attacks till very recently. The Kashmir militancy has been fought under the deliberate shadows of civilian mob-mobilisation as a protective cover, to essentially ensure a “shoot and scoot” strategy, albeit rarely by an individual, and invariably by a group of terrorists. Very recently, however, the “sniper attack” tactic that was commonly seen at the Line of Control has been witnessed in the Valley hinterland as well, with the militants targeting the security forces at distances of 500-600 meters. Suspected to be armed with advanced M-4 carbines with night-visions, certain trained terrorists are forcing a rethink in the security standard-operating-procedures in line with those along the LoC.

With the onset of early winter and the imminent closure of the traditional cross-border infiltration routes via the mountain passes and ravines — a certain lull in the practical “backup” from across the border forces a tactical retreat in the brazenness of terror attacks. The civilian population too is less responsive to the call of “cover” to militants during “search and cordon” operations by the security forces, leading to a desperation that could trigger hitherto-unpractised acts like sniper attacks or in some cases of desperation even suicide attacks by a cornered and restless group, or even “lone wolf” attacks. As the LoC has got increasingly impermeable over the years, the pressure to sustain the insurgency is clearly focused on generating internal traction from within the Valley. This has led to coordinated and violent civic strife in the form of stone-pelting, mob mobilisation around encounter zones in particular and other desperate measures to intimidate individuals or the families of security personnel from among Kashmiri locals. Certain incidents of local policemen deserting their duties and joining the ranks of militants, as indeed locally-educated youth joining militant groups, point to systematic efforts to up the ante internally.

Against the conventional approach of tackling cross-border infiltration at the LoC itself and expecting coordinated terror attacks from organised groups in Valley, the new reality is more attuned for localised uprisings, individual-driven acts in the form of “sniper attacks” or in extreme cases, even “suicide attacks” — due to sheer desperation given the inability to mount a conventional attack. This calls for a specific, calibrated and more localised approach in dealing with security challenges, including co-option of locals in a deliberate attempt to integrate them socio-economically, politically and psychologically. The epicentre and levers of angst will more and more emanate from within the Valley, as opposed to across the border. In such scenarios local intelligence and having a finger on the “pulse” is invaluable. Thus, any attempt to blunt local engagement and thawing may project a false political muscularity to the rest of the country, but it would be disastrous for the safety, security and peace of the Valley. While the absence of political representation during Governor’s Rule is harmful in the long run, a genuine attempt to co-opt local Kashmiris without the short-term and narrow agendas of political parties, along with some steel in the security framework, could address the insurgency in an embracing, workable and sustainable manner.