The moment he becomes stronger he will become bad — give him power and power will corrupt him immediately. 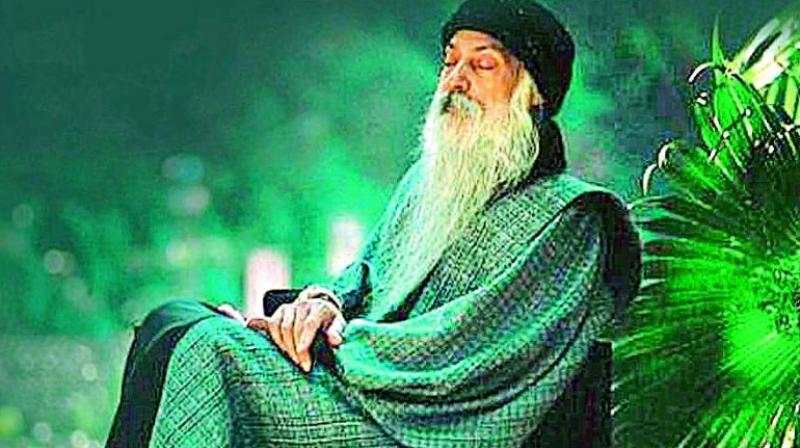 There’s a very significant story in the Bible — Osho loves it and mentions it in the context of disciples going astray. A disciple comes to the enlightened master, dedicates his life to work and meditates in his presence. Trust, dedication and surrender are required for the transformation of the disciple on the path of self-realisation. But during this process, when things get settled, sometimes it happens that the disciple forgets the real purpose of coming to the master and may go into some kind of power-trip and go astray. It happens all the time. It happened in the time of Jesus when Judas betrayed him, in the time of Gautama Buddha, and in the modern times when Osho was in the body. What does the master do in such a situation?

“What man of you, having 100 sheep, if he has lost one of them, does not leave the 99 in the open country, and go after the one that is lost, until he finds it? And when he has found it, he lays it on his shoulders, rejoicing.

And when he comes home, he calls together his friends and his neighbours, saying to them, ‘Rejoice with me, for I have found my sheep that was lost.’

Just so, I tell you, there will be more joy in heaven over one sinner who repents than over 99 righteous persons who need no repentance.” (Luke 15:4-7 ESV)

Osho explains: The kingdom of God is like a shepherd who had 100 sheep. One of them went astray, which was the largest. It is always so: the one who goes astray is always the best. If you are a father and you have five children, only the best child will try to resist and deny you, only the best child will assert himself. The mediocre ones will always yield to you, but the one who is not mediocre will rebel because the very quality of his mind is rebellious. Intelligence is rebellious: the more intelligent, the more rebellious. And those who are not rebellious, who are yea-sayers, are almost dead — you may like them, but they have no life in them. They follow you not because they love you — they follow you because they are weak, they are afraid, they cannot stand alone, they cannot stand against — they are weaklings, impotent.

Osho concludes: So whenever a sinner becomes a saint, the saintliness has its own glory. But whenever an ordinary man becomes a saint because of his weakness, the saintliness is pale and dead — there is no life in it. You can become a saint out of weakness, but remember, then, you will miss. Only if you become a saint out of your strength will you reach. A man who is good because he cannot be bad is not really good. The moment he becomes stronger he will become bad — give him power and power will corrupt him immediately.