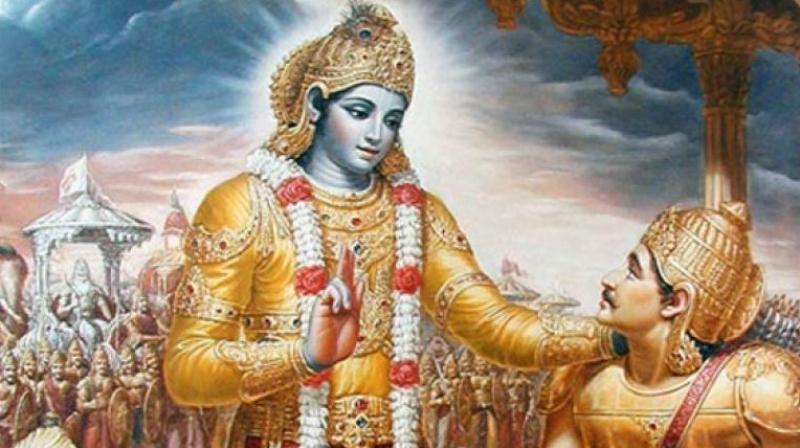 Shri Krishna’s divine sports are meant to detach our mind from worldly preoccupations and develop love for God.

We may have heard people say, “Do what Shri Rama did and what Krishna said — not what He did.” This sounds as if there is oneness in what Shri Rama said and did, but not in Shri Krishna. Every statement should be looked at from its own standpoint. It is not that Shri Krishna did something wrong, but if someone were to literally do what He did, there will be a problem. It is said that “Shri Krishna is the Lord Himself”. Think of Him and meditate on Him as God; then whatever He does is seen only as His divine sport (lila) and not as actions of an individual (jiva).

So do not try and copy what He did. One may say “Shri Krishna had 16,008 wives. Is it wrong if I have two?” Can we make even one fully happy? Remember the Lord kept all of them happy and manifested as many forms of Himself so each had her own Krishna. Can we do so?

Shri Krishna drank poison. We, on the other hand, fall sick with food poisoning! Shri Krishna had no ego. Even though He was the king of Dwarka, He willingly drove Arjuna’s chariot.

We should follow the actions of Shri Rama who was a manava avatara, a human incarnation, who demonstrated how we should live an ideal life of dharma as the best of human beings — Maryada Purushottama. Maryada is required to live in harmony with others. These limits are set as rules, government laws, social norms and so on.

Shri Krishna did not follow manava maryada — human laws, but He did follow dharma maryada. Both Shri Krishna and Shri Rama not only set the highest standards of dharma but they did so perfectly. We too should follow dharma as both of them personified dharma alone in all their actions either as lila or maryada.

Shri Krishna was lila purushottama — the highest sportive incarnation. What is lila? Everything that a child does is called his lila (play). It is free of all notion of doership. What is acted out on the stage in a drama is also called lila. The performers are called “actors” not “doers”. What Krishna did was His lila. He assumed a human form and acted out His own scripted role without any notion of doership or enjoyership. His lila is indeed inscrutable — some become enlightened and some get deluded.

Shri Krishna’s divine sports are meant to detach our mind from worldly preoccupations and develop love for God. Even those who hated Him thought of Him day and night. Even the single-pointed hatred towards God blesses that person, then what to talk of single-pointed love for Him!