The pitch for an “Aatmanirbhar Bharat” sits perfectly well with the BJP’s repulsion for Nehru’s ideas – in this case, Nehruvian socialism 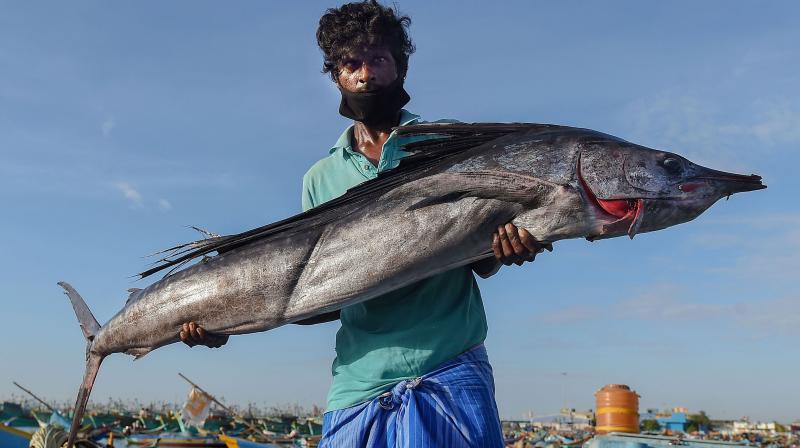 With co-opted Congress icons as well as inhouse idols under its belt, the “Aatmanirbar Bharat” initiative provides BJP the opportunity to leave a lasting impact on the economy. PTI Photo

On July 23, 1991, erstwhile PM PV Narasimha Rao called a Cabinet meeting to discuss the new industrial policy. Knowing it would face great opposition, Jairam Ramesh, then an OSD in the PMO, linked the new policy to the ideas of the Congress, Jawaharlal Nehru and Indira Gandhi.

Moreover, Rao, in a CWC meeting later that day, said that the new policy would reverse Indira’s “leftward tilt” in 1969 and take India to the “flexible 1956 resolution of Nehru.” Vinay Sitapati, who writes about the incident in Rao’s biography, Half Lion, noted that the ploy cleared the path for economic reforms.

Rao’s trick wasn’t new and has been a feature of Indian politics where politicians and political parties often claim a legacy to seek legitimacy and people's goodwill. But no other party in the 21st Century has been as adept at it than the BJP – From bringing party titans like Shyama Prasad Mookerjee and Deen Dayal Upadhaya into the mainstream to co-opting Congressmen like Sardar Patel and Mahatma Gandhi.

In its recent edition, Kamal Sandesh, the official mouthpiece of the BJP, has focused on the first year of Modi Sarkar 2.0 and its newest project to make India economically “Aatmanirbhar (self-reliant)”. Two articles, in particular, indicate that the BJP could seek to establish a historical link to “Aatmanirbhar Bharat” through its inhouse and co-opted icons.

Anirban Ganguly, director of the RSS-affiliated Shyama Prasad Mookerjee Research Foundation, writes that Mookerjee had spoken of making India “self-sufficient in consumer goods through the widespread development of small-scale and cottage industries…” He further writes that the Jan Sangh – the BJP’s predecessor – had vowed to take steps to reawaken the “national conscience in favour of Swadeshi”.

Not just the Jan Sangh founder, Ganguly also refers to Upadhayaya, who he claims had spoken about the need for self-reliance in his speeches. He also calls Upadhayaya as one of the leading intellectuals favouring “national self-reliance”. Interestingly, Ganguly’s brands “Aatmanirbhar Bharat” as a continuation of BJP’s core economic policy, adding that its 1985 economic resolution had spoken of “self-reliance being forgotten”.

In another article, Vikash Anand, an associate editor of the magazine, stresses on the idea of “Village Swaraj” of Mahatma Gandhi. “Village Swaraj” had been his idea of a self-reliant Indian village. While not mentioning “aatmanirbhar Bharat” anywhere, Anand nevertheless spells out various initiatives of the Modi government for “to create a foundation for a self-reliant village”. Curiously, Anand’s mention of “Village Swaraj” is in line with BJP ideologue Seshadri Chari’s recent argument that the “Aatmanirbhar Bharat” initiative is the same as Gandhi’s Swadeshi economic model.

The pitch for an “Aatmanirbhar Bharat” sits perfectly well with the BJP’s repulsion for Nehru’s ideas – in this case, Nehruvian socialism. It has always been argued that the Gandhian variety of socialism runs contrary to Nehru’s large industry-centric socialism. By reclaiming Gandhi’s economic ideals as its own, the BJP not only widens the ideological gap between him and Nehru, it also reiterates its self-professed commitment to Gandhian socialism.

A recap: Atal Bihar Vajpayee, the first BJP president, had proclaimed Gandhian socialism as one of the central tenets. However, after LK Advani took over in 1986, Hindutva took precedence over everything.

Mookerjee is an interesting personality here. He served as the industries minister in the first Cabinet and introduced the 1948 industrial policy, which laid the foundations of a mixed economy for “self-sufficiency”. Later, when he formed the Jana Sangh, Mookerjee tempered the idea of mixed economy and added, “private property will be observed and private enterprise will be given a fair and adequate play, subject to national welfare.” In addition, it is believed that Mookerjee was opposed to the Soviet-style of economic planning.

The last of the trio – Upadhayaya – has been the torchbearer of BJP’s economic ideology – Integral humanism, which places a person’s well-being at the centre. Upadhayaya had opposed Nehruvian socialism as uncritically Western and materialistic. Packaging the Centre’s pet initiative as an extension of Upadhayaya’s philosophy will help the BJP fulfil its commitment towards the Sangh and further the Hindutva base.

After spending four decades on the fringes, the BJP has seen an upswing in its fortunes after 2014. With co-opted Congress icons as well as inhouse idols under its belt, the “Aatmanirbar Bharat” initiative provides BJP the opportunity to leave a lasting impact on the economy – like the Congress under Rao did in 1991. But will it succeed? That has to be seen.