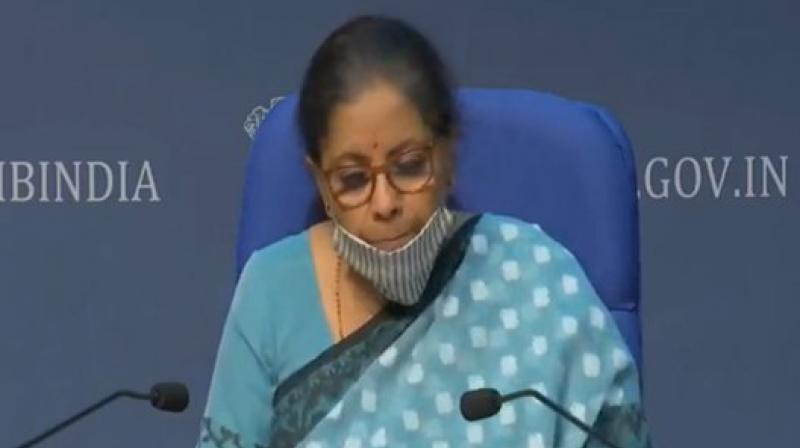 When the government had announced Tuesday afternoon that Prime Minister Narendra Modi would be addressing the nation, the entire country waited in anticipation. In his speech, Mr Modi announced the country’s largest-ever stimulus programme and a further extension of lockdown.

However, he stopped short of giving any more details, which he said would be revealed by finance minister Nirmala Sitaraman. The address to the nation a tool used very rarely to make important announcements  finally turned out to be a mere trailer to the blockbuster reform package.

People again waited with bated breath for Ms Sitharaman’s press conference. But this, too, has turned to be a daily series instead of an action-packed event.

The finance minister said she would announce reform measures in several tranches and the focus of the day was on micro, small, medium enterprises (MSMEs), non-banking finance companies (NBFCs), microfinance institutions (MFIs) and extension of income tax deadlines.

The biggest announcement was the government’s decision to extend sovereign guarantee to Rs 3 lakh crores worth working capital loans, which banks sanction to MSMEs. This is aimed at prodding risk-averse banks to grant loans to entrepreneurs for paying salaries and keeping their businesses afloat.

According to Ms Sitharaman, this scheme is expected to help 45 lakh enterprises. While the sovereign guarantee to MSME loans is undoubtedly a welcome step and was long-awaited, the headline figure of Rs 3 lakh crores may not be enough as it would mean each enterprise would get an average loan of Rs 6.66 lakh.

The decision to redefine MSMEs in terms of capital employed tries to encourage promoters to infuse more money into their businesses, which is good. But no promoter would bring out their money unless he was sure of earning profits. So this step may not provide immediate succour to anybody.

A 25 per cent cut in tax deduction at source (TDS) and a two per cent reduction in statutory deduction for provident fund are two steps that could directly affect people and businesses alike.

These measures, however, would not be any great help to people as they might put a few thousands of rupees more in the hands of those employees who are still getting their full salaries.

The extension of sovereign guarantee to banks for purchasing investment-grade and also unrated debt papers of small NBFCs, housing finance companies and MFIs would provide them liquidity. But by no stretch of the imagination, it would make them grant loans to average customers.

Before 2014, most businessmen expected Mr Modi to be a great reformer, who would herald big bang reforms in the economy. As PM, Mr Modi has grown highly cautious about the economy and limited himself to incremental reforms.

Looking at the first tranche of announcements by Ms Sitharaman, it appears that the same model is being continued. While acting with caution is good, sometimes we must not lose the sight of the golden hour. If opportunity is missed, the situation would turn worse irredeemably.