Mystic Mantra: Silence is a route towards God

I have been privileged to spend the last few weeks at some spiritual centres and will do so in the next two months too. 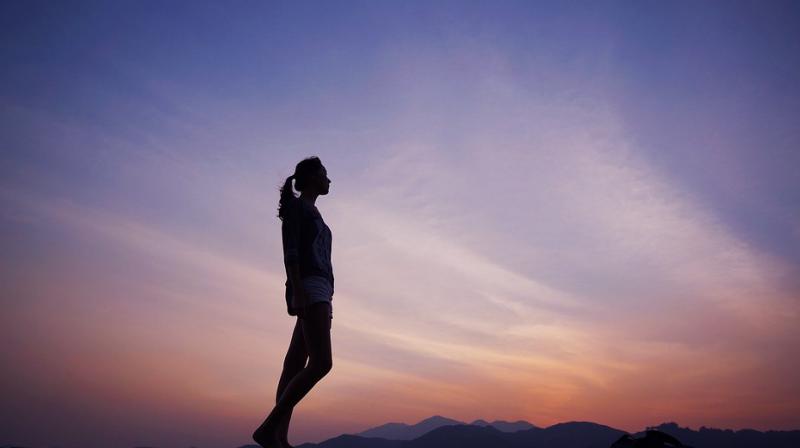 While mystics and saints emphasise the importance of silence in one’s search for God, modern day psychologists suggest silence even as therapy. (Photo: AFP)

In a world that is getting noisier by the day, including the “silent sound” of the social media, the modern person is losing a sense of silence and by extension, a sense of the divine. Can one really connect one’s spirit with that of God’s in a deafening marketplace?

I have been privileged to spend the last few weeks at some spiritual centres and will do so in the next two months too. The basic requirement of these places, surrounded by beautiful nature, is strict silence. Small signboards on pathways keep reinforcing it. The only sound that one hears, besides the sound of prayer and singing of hymns, is that of birds chirping. It is the peacocks’ scream, even before our alarms, that wake us up by four in the morning.

The practice of such silence was drilled into us when we began the stricter part of our priestly training — the Novitiate. “It is only through calming your mind and thoughts, not just your bodies, and in the depth of inner silence of your heart will you discover God’s presence”, was what our novice master constantly reminded us. Anyone who broke silence without good reason ended up working an extra hour in place of sports.

In his book, “I want to see God”, Rev. Marie Eugene writes, “God speaks in silence, and silence alone seems able to express Him. For the spiritual person who has known the touch of God, silence and God seem to be identified”. Again Robert Cardinal Sarah in his book co-authored with Nicolas Diat, “The Power of Silence”, says, “At the heart of man there is an innate silence, for God abides in the innermost part of every person. God is silence, and this divine silence dwells in man. In God we are inseparably bound up with silence. The Church can affirm that mankind is the daughter of a silent God…”.

While mystics and saints emphasise the importance of silence in one’s search for God, modern day psychologists suggest silence even as therapy. For, it is in silence alone that a person becomes aware of one’s deepest self and the problems that lie in there, to uproot causes of unhappiness and turmoil in the subconscious.

No wonder then that Jesus, despite being busy teaching and healing people was often found “escaping” into a quiet place to commune with God the Father. Before he taught his disciples to pray, he instructed them, “But when you pray, go into your room, close the door and pray to your Father, who is unseen. Then your Father, who sees what is done in secret, will reward you”.

Practice of such silence would be an appropriate preparation to enter into the eternal silence when we breathe our last and be united with God, whose language is silence.