These 365 festivals were ascribed to different reasons, and for different purposes of life. T 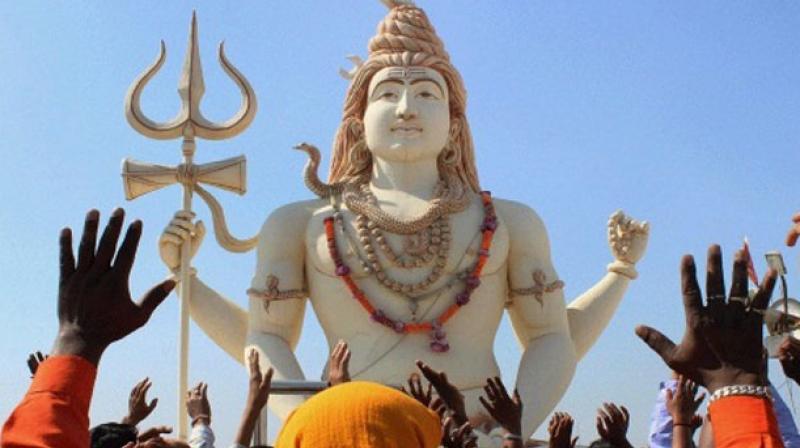 For every situation there was a festival. But Mahashivarathri is of a different significance. (Photo: PTI)

In the Indian culture, at one time, there used to be 365 festivals in a year. In other words, they just needed an excuse to celebrate everyday of the year. These 365 festivals were ascribed to different reasons, and for different purposes of life. There were to celebrate various historical events, victories, or certain situations in life like harvesting, planting, and reaping. For every situation there was a festival. But Mahashivarathri is of a different significance.

The fourteenth day of every lunar month or the day before the new moon is known as Shivarathri. Among all the twelve Shivarathris that occur in a calendar year, Mahashivarathri, the one that occurs in February-March is of the most spiritual significance.

On this night, the northern hemisphere of the planet is positioned in such a way that there is a natural upsurge of energy in a human being. This is a day when nature is pushing one towards one’s spiritual peak. It is to make use of this, that in this tradition, we establish a certain festival which is night-long. One of the fundamentals of this night-long festival is to ensure that — to allow this natural upsurge of energies to find their way — you remain with your spine vertical — you stay awake.

Mahashivarathri is very significant for people who are on the spiritual path. It is also very significant for people who are in family situations, and also for the ambitious in the world. People who live in family situations observe Mahashivarathri as Shiva’s wedding anniversary. Those with worldly ambitions see that day as the day Shiva conquered all his enemies.

But, for the ascetics, it is the day he became one with the Kailash. He became like a mountain — absolutely still. In the yogic tradition, Shiva is not worshipped as a God, but considered as the Adi Guru, the first Guru from whom the knowledge originated. After many millennia in meditation, one day he became absolutely still. That day is Mahashivarathri. All movement in him stopped and he became utterly still, so ascetics see Mahashivarathri as the night of stillness.

This scientific fact is an experiential reality in every yogi. The word “yogi” means one who has realized the oneness of the Existence. When I say “yoga,” I am not referring to any one particular practice or system. All longing to know the unbounded, all longing to know the oneness in the Existence is yoga. The night of Mahashivarathri offers a person an opportunity to experience this.