Mystic Mantra: The exaltation of the Cross

The crucifix, however, normally found inside a church or a building is a Cross having also the image of Jesus on it. 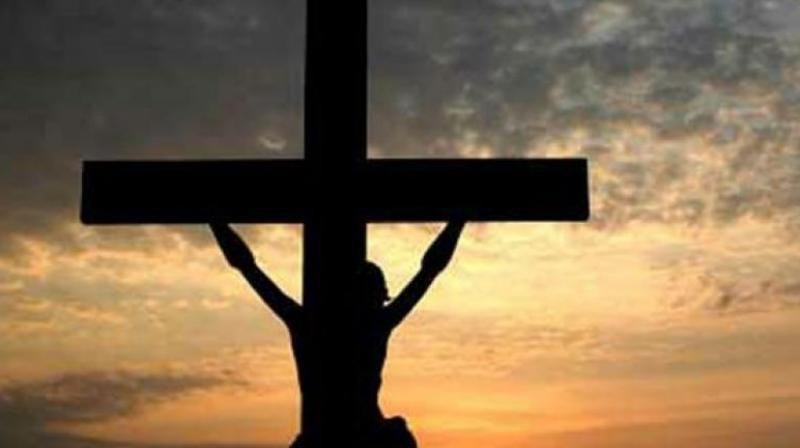 Some readers may or may not be quite aware of the difference between a Cross and crucifix. Most of the churches or buildings have a Cross mounted on it which do not have the crucified figure of Jesus Christ on it. The crucifix, however, normally found inside a church or a building is a Cross having also the image of Jesus on it.

While the churches celebrate various festive and holy days associated with the salvific Cross of Christ, the feast on September 14 is known as “the Exaltation of the Cross”. The feast recalls three significant historical events: the finding of the True Cross by Saint Helena, emperor Constantine’s mother; the dedication of churches built by Constantine on the site of the Holy Sepulchre and Mount Calvary; and the restoration of the Cross to Jerusalem.

According to the tradition, Saint Helena decided, under divine inspiration, to travel to Jerusalem in 326 to look for the True Cross on which Jesus was crucified. Paradoxically a certain Judas led those excavating to the spot where it was hidden. To celebrate the discovery of the Holy Cross, Constantine ordered the construction of churches at the site. Those churches were dedicated on September 13 and 14, in 335. Thereafter the Feast of the Exaltation of the Cross began to be celebrated on 14. The feast slowly spread from Jerusalem to other churches, until, by the year 720, the celebration became universal.

In the early Seventh century, Persian king Khosrau II captured this Cross and took it to Persia. But after Khosrau’s defeat by Emperor Heraclius II in 629, Heraclius restored it to Jerusalem. Tradition says that he carried the Cross on his own back, but a strange force stopped him from entering the church on Mount Calvary. Patriarch Zacharias of Jerusalem, seeing the emperor struggle, advised him to take off his crown and robes and to dress in a penitential robe instead. As soon as Heraclius did that, he was able to carry the Cross into the church.

The Cross of Jesus has been both, a sign of contradiction for nailing the incarnate word of God on it, while at the same time it is the definitive sign of God’s total and unconditional love for humanity shared with us by the same Jesus.