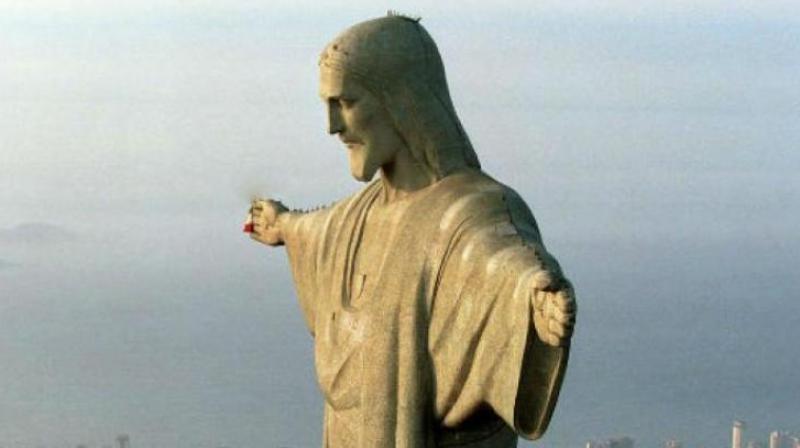 Pentecost — meaning “fiftieth day” after Easter — can be considered a tongue-fest since, on that day, God’s Spirit descended upon Jesus’ disciples in the shape of “tongues of fire” and they began speaking in “tongues” i.e. diverse languages which everyone could understand.

Grandma and grandpa had a quarrel and grandpa stopped talking to grandma. Poor grandma. Try as she might to make grandpa talk, he stubbornly wouldn’t. Ingenious grandma began opening cupboards and flinging clothes all over. Furious, grandpa barked, “What are you searching for?” Grandma replied, “Your tongue! Thank God we’ve found it!”

This week, thank God for tongues! Last Sunday was Pentecost Sunday, and today, we celebrate the feast of Saint Anthony of Padua (1195-1231) who was such a powerful preacher that, many days after burial, his tongue was found incorrupt, glowing with freshness and redness amidst the corruption of the rest of his remains.

Pentecost — meaning “fiftieth day” after Easter — can be considered a tongue-fest since, on that day, God’s Spirit descended upon Jesus’ disciples in the shape of “tongues of fire” and they began speaking in “tongues” i.e. diverse languages which everyone could understand. This miracle marks the birth of the Church, since Jesus’ fearful disciples were totally transformed into fearless preachers of his “good news” of love, joy, peace, truth, equality and justice.

The Greek word “glossa” used in the Pentecostal narrative has a double-meaning: (a) an organ of the body, and, (b) a language. Anthony used his tongue to great advantage by keeping silent, at times, and preaching eloquently as and when the need arose.

Born in Lisbon, Portugal, Anthony’s original name was “Fernando”. In 1210, aged 15, he bade farewell to his wealthy family and joined the Augustinian religious order. He later joined the then newly-founded “Franciscan” congregation of Francis of Assisi. On request, he was commissioned to Morocco but on falling seriously ill, he returned to Sicily, Italy. There he stayed content doing menial works, concealing his own erudition and eloquence.

On one occasion, when a speaker failed to show up, Anthony was requested to fill in. So astounding was his brilliance and eloquence that he was soon in big demand to lecture on topics from general morals to philosophy and theology. He held audiences spellbound with his pleasant voice, charismatic personality and profound knowledge. Success notwithstanding, Anthony remained holy and humble.

The name “Anthony” in Greek means “priceless”. He died on June 13, 1231, and his incorrupt tongue is preserved as a priceless relic at the Basilica of Saint Anthony of Padova, northern Italy. Aren’t our tongue and our mother-tongues priceless gifts of God?

Our human “tongues” are often overused with imprudence, while many ancient tribal “tongues” are dying away due to the imposition of hegemonic languages.

Saint Anthony is famous worldwide for the recovery of lost articles. Many believers pray to him for lost articles. Let’s pray that we don’t lose our mother-tongues. We could also strive to use our tongue like Anthony. And grandma!