Sport demands that one strives utmost to defeat or outsmart one’s opponents. 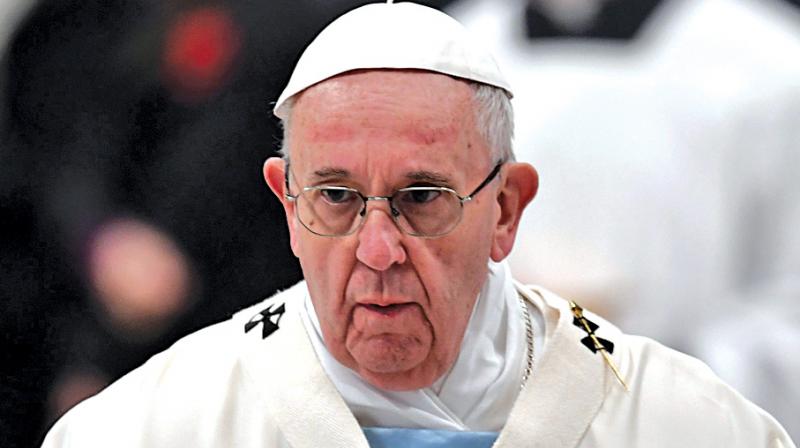 If Cricket is Religion, Sachin is God is the title of Tendulkar’s biography; “Messi is God,” declares Samuel Eto’o, ace Cameroonian footballer; and, at the dawn of the 2018 FIFA World Cup, who can forget Maradona’s “Hand of God” goal that saw Argentina eventually winning the 1986 World Cup? All these somehow felicitously wed religion and sport.

But, you’ll probably be surprised to hear that June 1, the Vatican’s Commission for Family and Life has published a must-read document entitled: “Give the Best of Yourself: Christian Perspectives on Sport and Life.”

“Sport” stems from the Old French expression desporter or se desporter—derived from the Latin de(s)portare—meaning, to amuse oneself. Sure, a sports’ buff amuses oneself.

But, once out on the field or court, one comes face-to-face with competitors to compete. The word “compete” derives from two Latin roots “com”, meaning “with” and “petere”, meaning “to strive” or “to seek”. True competitors “strive or seek together” for excellence. We have much to learn from competitors who shake hands, embrace, or share a meal after an intense contest.

Sport demands that one strives utmost to defeat or outsmart one’s opponents. What a delight to see that breathtaking blend of skill, speed, stamina, will power and teamwork even if the result is falls, failure, or even fractures! These epitomise our common quest for harmony between mind, body, spirit and soul, echoing the Olympic motto: citius, altius, fortius, meaning, faster, higher, stronger!

Among the virtues that sports inculcate are the following: unifying body, mind and spirit; fostering freedom, creativity, courage and cooperation; engendering harmony and joy; promoting a spirit of solidarity and sacrifice; and, finally, providing sportspersons with the essence of what makes life beautiful and fruitful: the propensity to give of one’s best.

The Vatican’s interest in sport dates back to over a century. In 1904, Pope Pius X opened the doors of the Vatican to sport by hosting a gymnastics event, much to the chagrin of one of his counsellors.

When questioned by him: “Where are we going to finish?” the pope replied, tongue-in-cheek, “In Paradise, my dear!”

Pope Francis writes: “The bond between the church and the world of sports is a beautiful reality that has strengthened over time, for the church sees in sports a powerful instrument for the integral growth of the human person.

Engaging in sports, in fact, rouses us to go beyond ourselves and our own self interests in a healthy way; it trains the spirit in sacrifice and, if it is organized well, it fosters loyalty in interpersonal relations, friendship, and respect for rules.”

So, be sporting! Pope Francis concludes: “Give life your very best; spend your life on what really matters and lasts forever.”