Mystic Mantra — Baisakhi: A harbinger of sacred and secular

The day of Baisakhi marks a new beginning and falls on 13th April as per the Gregorian calendar. 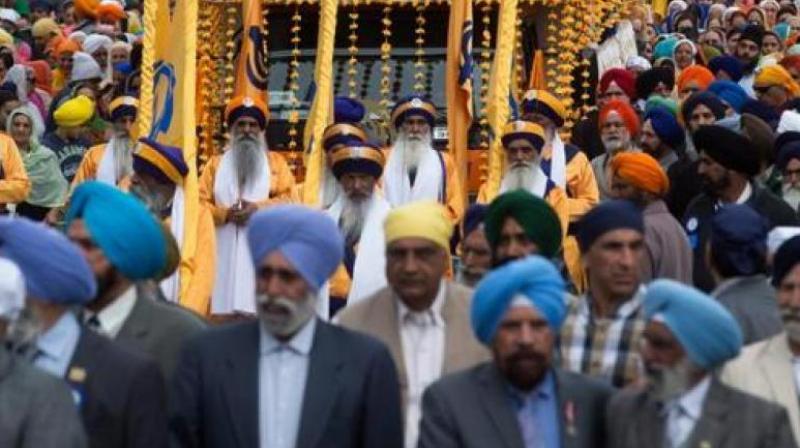 Baisakhi is an ancient seasonal festival celebrated across India in various forms and with various names but a feeling of gaiety and happiness is the common strand. Baisakhi, a traditional harvest day of celebration, is also treated as the New Year’s Day.

The day of Baisakhi marks a new beginning and falls on 13th April as per the Gregorian calendar. The harvest festival, celebrated as “Vishu” in Kerala and “Bihu” in Assam, symbolises wealth, prosperity and abundance. Known as “Vaisakhi” or “Baisakhi”, it is celebrated by all communities but it has acquired a special significance for the Punjabis and the Sikhs.

Baisakhi, a grand secular festival, holds a sacred meaning and religious importance as well. The Sikh community celebrates “Baisakhi” as the day of the formation of the Khalsa. The Baisakhi day, 13th April, is the day when Guru Gobind Singh founded the Khalsa Brotherhood at Anandpur in AD 1699. Hence, Baisakhi is the celebration of the birth anniversary of the Khalsa. Baisakhi is also remembered for the Jallianwala Bagh massacre when hundreds of people sacrificed their lives to register their protest against British rule.

On Baisakhi day, Guru Gobind Singh not only founded the Khalsa but also eliminated all kinds of social distinctions and differences of high and low. The Khalsa, imbued with bravery and a sense of sacrifice, is the embodiment of saint and soldier. The Khalsa, the pure, is fearless and always ready to help the poor and helpless and strongly believes in the right cause and right conduct.

The Khalsa, with its five Kakkars, is Akal ki Fauj, created to fulfil the divinely ordained mission of the Gurus — to uphold dharma, protect the saintly and uproot the wicked. The Khalsa is enjoined upon to adopt the attributes of the Almighty who is fearless, ever-calm, without enmity, the defender of the truth and above all believes in the One Supreme Truth, Ek-Onkar. “Hail the Khalsa who belongs to the Lord. Hail the Lord to whom belongs the victory — Waheguru Ji ka Khalsa, Waheguru ji ki Fateh.”

To mark the celebration of the formation of the Khalsa, the Sikhs visit gurdwaras on Baisakhi day. Though it is celebrated in all the gurdwaras, the main celebration takes place at Talwandi Sabo, Anandpur Sahib and at the Darbar Sahib in Amritsar. The day is devoted to shabad-kirtan and religious discourses. Baisakhi is the time to contemplate the teachings of the Guru and to embrace the true philosophy of the Khalsa.

Baisakhi is also the time to relish the traditional Punjabi dishes, to visit the fairs and to indulge in bhangra. The steps of bhangra follow tilling the soil to harvesting which is in fact a story of the agricultural process.

Baisakhi, being New Year’s Day, is not only the birth anniversary of the Khalsa but it also symbolises a new beginning, full of hope, happiness and fulfilment.