It was this simple message of the village girls that provided the emollient salve to his restless mind seeking a vision of an ideal life. 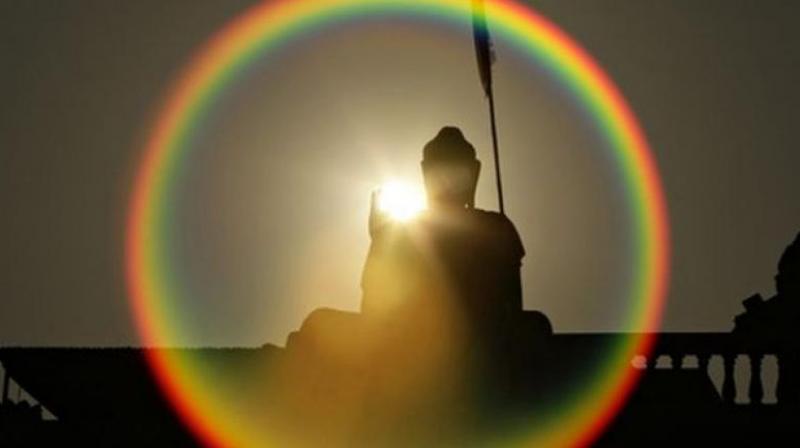 The Buddha himself was born into affluence, but he decided to pursue a life of strict asceticism after he became distressed at the pain and agony he saw surrounding him.

Humans have struggled across centuries to achieve the “golden mean” in their lives, which represents the ever-elusive point of perfect harmony. If we examine the wisdom of the Buddha, we find that he exhorted “the middle path”, or moderation as a path to a fulfilling life. This was in fact a key teaching, yet most of us have regretfully not heeded it as we were enticed by the values of our new, advanced world.

The Buddha himself was born into affluence, but he decided to pursue a life of strict asceticism after he became distressed at the pain and agony he saw surrounding him. He felt his new chosen path would give him solve the mysteries of life, be free of suffering, and find peace.

However, this strict acetic path did not satisfy him either. Physically emaciated and torn with agony, the Buddha one day rested under the cool shadow of a Bodhi tree and pondered over the mysteries of creation, trying to unravel the mysteries of life. He sat reclined against the tree, deep in his meditation, when a group of dancing girls passed by singing a wonderful song:

“Do not stretch the strings of your instrument so much when you strike them for a musical note, they break; nor keep them so loose that when you seek to strike a note, they do not respond.”

It was this simple message of the village girls that provided the emollient salve to his restless mind seeking a vision of an ideal life. Thereafter, the Buddha taught a path that was neither about the denial of pleasure nor its affirmation.

Sufis like Rumi consider the spirit and body to be one whole. They believe in integration, not dichotomies. This integration extends beyond the individual as well, but we humans often forget that everything is part of a total, interdependent network in which each element is vitally important to every other element, thus failing to appreciate the fact that our very existence depends on the existence of all other things in the universe.

Prophet Muhammad regularly preached, “Do for this world as if thou were to live for 1,000 years, and for the next as if thou were to die tomorrow.” He wanted everyone to pursue gainful living to meet their sustenance needs, but warned them against becoming too deeply immersed in mundane chores such that in the process we are not also prepared for death at any moment. As he repeatedly emphasised, “Be in this world as a stranger or passerby.”

Similar to Muhammad, the ancient Greek philosophers taught that while we strive toward fulfilling the physical needs of the body, we often let the soul starve. Conversely, there are others who satisfy the soul, but keep the body starved. Over-indulgence in worldly pleasures leads to a state of ennui and an emptiness of heart if we do not temper our worldly lives with the demands of their soul. Conversely, asceticism to the point of harshness deprives us of experiencing the subliminal beauty of life.

The middle path aids us in all of these things. It negotiates the extremes of harsh asceticism and sensual pleasure-seeking, between attachment and aversion, between being and non-being, between form and emptiness, between free will and determinism, between hedonism and asceticism.

This approach ensures that we do not have regrets, for life is not about endurance, nor is it about apathy — it’s about balance.