Time and its unidirectional flow

Getting down from the train we went to read the ad and figure out its significance if any. 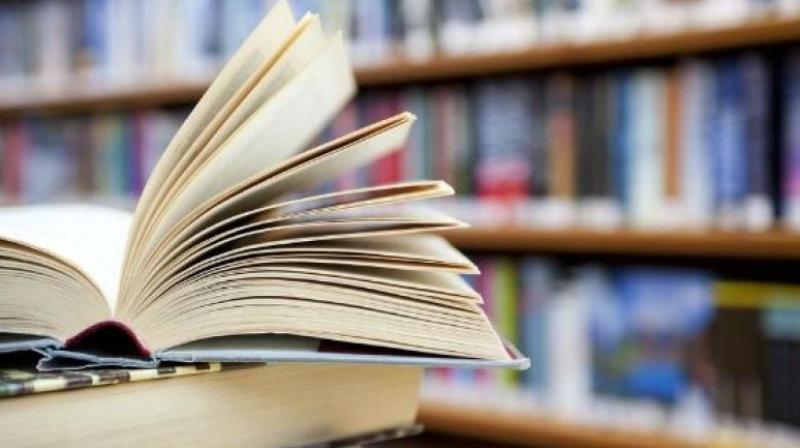 One important saying I first encountered as a schoolboy was: Time and tide wait for nobody. I was reminded of it several years later when I was visiting Japan with my wife. There in Kyoto while travelling on the underground, she drew my attention to what looked like an advertisement… one of the many on the walls of the underground station. The only striking difference was that while almost all advertisements were in Japanese and hence beyond our ability to read, this one was in Devanagari. What was it trying to communicate?

Getting down from the train we went to read the ad and figure out its significance if any. We were surprised to see that the quote in Devanagari was about a verse in Sanskrit. Not ever in India do we see Sanskrit ads in our railway stations. From our limited knowledge of Sanskrit later supplemented by the help of a professor of Sanskrit we got the gist of the statement. It was telling the reader that of all things around us the most valuable one is time: if we lose it, we do not get it back.

The scientist may call the above property the irreversibility of the flow of time. However, giving it a technical name does not imply that the phenomenon is understood! Just as we can move in space in any direction, top-bottom, East-West, North-South, can we likewise move freely into past and future? We can’t. Otherwise there would be logical problems like the proverbial one wherein Mr A goes into the past and kills his grandfather before he got married; thus raising the question: How was A born?

When I was completing my doctoral thesis I received an invitation to participate in an international conference, which had about a dozen speakers (including me) and about the same number of people to listen and discuss. The central topic for this meeting was the nature of time, including its unidirectional flow. All the participants (except me!) were very distinguished personalities like Hoyle, Feynman, Wheeler, Morrison, Chandrasekhar, Grunbaum, Bondi and Gold, etc. After a stimulating discussion lasting five days the bottom line was that the apparent one-sided flow of time is hard to explain.

The Sanskrit poster in Japan highlighted the same aspect of time. I felt, however, that the poster would have been more appropriate in India rather than in Japan. For, the Japanese have already acted on the teaching of the same. Their daily timetable sticks to the specified schedule. I experienced an example when booking a train ticket in Japan. I was recommended a route, which involved a change of trains at an intermediate junction with a time gap of eight minutes. Was it not too short, I asked, specially if it involved a change of platforms? The booking clerk assured me that it was ample. Indeed both the incoming and outgoing trains were on time and I could comfortably move from one to the other. I wondered whether I could have trusted timetables of Indian trains to that extent.

It is our experience that punctuality as a virtue has not been appreciated in our country. One would have expected the education sector to be more conscious in this respect. Alas, it is common experience that lectures and other public functions rarely start (and end) on time. The mindset vis-à-vis this happening is illustrated by one example. The chief guest at a university function arrived on the stipulated time in the host vice-chancellor’s office. The VC started chatting and went on well past the scheduled time of the event. The chief guest drew the VC’s attention to the time delay and asked if they should start for the auditorium where the event was arranged. The VC, however, said, “Sir, do not get worried. Our importance in this event will not be felt unless the audience is kept waiting for half an hour or so.” So if a VIP is half an hour late in arriving, the VVIP will see to it that he is late by one hour.

Given the importance of being punctual, there are further aspects of how we use our time. I came across a very effective demonstration of time management. A teacher brought into his class a bucket, some large stones, some small pebbles, some sand and a pot full of water. He put as many stones into the bucket as he could and asked the class if the bucket was full. “Yes,” said the class but the teacher shook his head. He put in pebbles to the extent possible and asked: “Is the bucket full now?” “No,” roared the class now aware of what was going on. The teacher now filled the gaps with sand and later by water. What did the demonstration indicate? Just as larger stones left gaps that could be filled with smaller units so should we use the free time available between our big jobs to complete our smaller jobs so that no time is wasted.

But there was a second part to the above demonstration. The teacher started filling an empty bucket with small pebbles. When he filled it, he had no space left for large stones! The moral? If you keep doing small jobs you may discover that you have no time left for your important big jobs.

I came across an example of this when a director of an institution complained that his administration took so much of his time that he could not do any of his academic work. This happened because he had refused to delegate part of his work to senior colleagues. Since he did not trust their ability, he himself was forced to look into and take decisions on numerous minor matters. That is where his time went!