The ‘disappearance’ of Khashoggi: For Saudis, little real change likely

Khashoggi welcomed the Arab Spring in 2011 as a renaissance in the Arab political order. 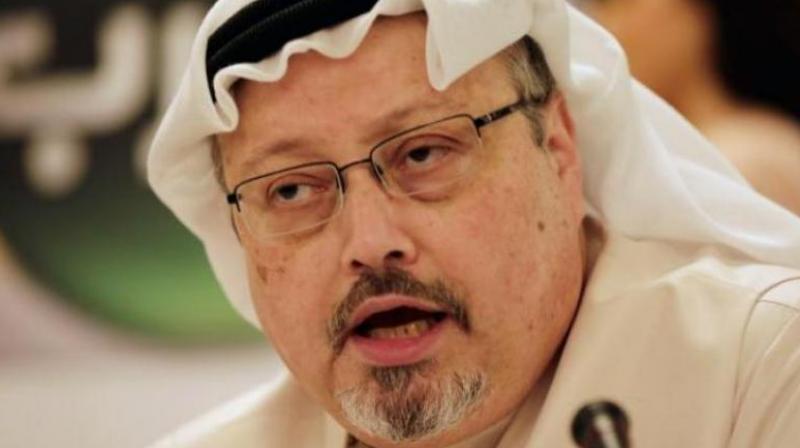 Jamal Khashoggi, a Saudi journalist in self-exile in Washington D.C. since June last year, entered his country’s consulate in Istanbul on October 2 and has since disappeared. The media in the United States and West Asia are awash with speculation about his fate, with strong suggestions that he was murdered by a 15-person team from the Saudi security services that was sent to Istanbul in two special aircraft for just this operation.

Khashoggi is a fascinating personality — of Turkish origin and a nephew of Saudi billionaire Adnan Khashoggi, he was tall, well-built, fair and soft-spoken, with bright, twinkling eyes and a quiet smile. Early in his early career he was a journalist in Afghanistan during the “global jihad” in the 1980s. He was a close friend of then Saudi intelligence chief Prince Turki Al Faisal, and the head of logistics in Afghanistan, Osama bin Laden, whom he interviewed in 1987 and last met in Sudan in 1995.

He became editor of Al Watan in 2003, a “liberal” paper founded in 2000 by the Al Faisal family. He lasted in this position for 52 days, when he was removed for publishing an article criticising the 14th century cleric, Ibn Taymiyya, for inspiring violence and extremism in the kingdom. He again became editor of Al Watan in 2007 and resigned under official pressure three years later for publishing an article criticising Salafism, the foundational doctrine of the Saudi kingdom.

Khashoggi welcomed the Arab Spring in 2011 as a renaissance in the Arab political order. He was doomed to disappointment and later fiercely criticised the coup d’etat that overthrew the Mohammed Morsi government and re-established authoritarian rule in Egypt in 2013.

As Prince Mohammed bin Salman became Crown Prince of Saudi Arabia, after ousting two senior royals, Khashoggi went into self-exile to the US in June 2017 where, from the columns of the Washington Post, he criticised the rising tide of repression in his home country.

Most commentators see Khashoggi’s disappearance and possible murder as resulting from his prominence in American media circles and as affirming the Crown Prince’s intolerance of all criticism, which has now reached a “new level of brazenness” in asserting that no dissident is beyond the reach of the Saudi prince. Khashoggi’s editor in the Post has described his disappearance as “a monstrous and unfathomable act”. US President Donald Trump has expressed concern, while awaiting more information.

American security analyst Bruce Riedel sees the attack on Khashoggi as part of “a pattern of crude intimidation and the silencing of criticism and dissent” in Saudi Arabia. A Qatari paper has described Saudi Arabia as the “kingdom of fear”.

Khashoggi’s disappearance has come after several harsh crackdowns by the Crown Prince over the past year. These started with the arrests of about 70 intellectuals, clerics and writers in September last year, followed by the public incarceration of about 300 royal family members and business people in November on grounds of “corruption”. Since then, there have been regular reports of the kidnapping, detention and even killing of royal family members and arrests of activists, even those associated with projects backed by the Crown Prince, such as allowing women to drive. The Crown Prince has made it clear that he is the sole harbinger of change in his country.

Khashoggi has been an anguished observer of these developments. In September last year, he spoke of the “climate of fear and intimidation” sweeping his country. As the Crown Prince cracked down on clerics, Khashoggi reminded him that some of the worst extremists were within the Saudi establishment, including those who declared that Shias were not Muslims and opposed political reform. Later, as the arrests of women activists took place in May this year, Khashoggi wrote: “We are being asked to abandon any hope of political freedom.”

Deeply troubled by the war in Yemen, he advised the Crown Prince to restore Saudi dignity by initiating a ceasefire and engaging with the Houthis.

He rejected the demonisation of the Muslim Brotherhood: he saw the Brotherhood as an integral part of democracy in the Arab world. He was convinced that the Arab rulers’ opposition to this movement was founded on their rejection of active and popular politics and intolerance of those who demand freedom and accountability.

Since Khashoggi’s fate is still uncertain, it is not clear what impact his murder, if it is proved, will have on Saudi ties with Turkey and the United States.

Turkey and Saudi Arabia have differences on important issues — Turkey is affiliated with the Muslim Brotherhood and is backing Qatar politically, militarily and economically against the siege initiated by its GCC partners. Again, though uneasy about Bashar Assad’s continuance in power in Damascus, Turkey is part of the Astana peace process with Russia and Iran, and, with these partners, is also opposed to the continued US military presence in Syria, which Saudi Arabia supports.

In his public remarks so far, President Recep Tayyip Erdogan has expressed personal anguish about Khashoggi’s fate. However, being under economic and political pressure from the US, Turkey is not likely to cut ties with Saudi Arabia even if it comes to light that a murder had taken place. Turkish commentators have frequently referred to Khashoggi as a “Saudi citizen”.

Similarly, the Trump administration, hardly a torchbearer for media freedom and human rights, will continue to prioritise its political ties with the kingdom, particularly its defence contracts.

The heaviest price for this indifference will be paid by the Saudi people, who will be intimidated into silence by the length their prince is willing to go to silence dissent or even mild, well-informed and well-meant criticism of his policies and conduct.

In November 2014, Khashoggi had written: “Democracy, popular participation or shura … will inevitably be realised. It’s a natural and inevitable development of history”. Later, seeing the repression in his country, this anguished writer had said: “We Saudis deserve better.”

Sadly, little change is likely for the foreseeable future.