Rather than enacting a UCC, the Law Commission has recommended that family laws of every religion must be reformed to render them gender-just. 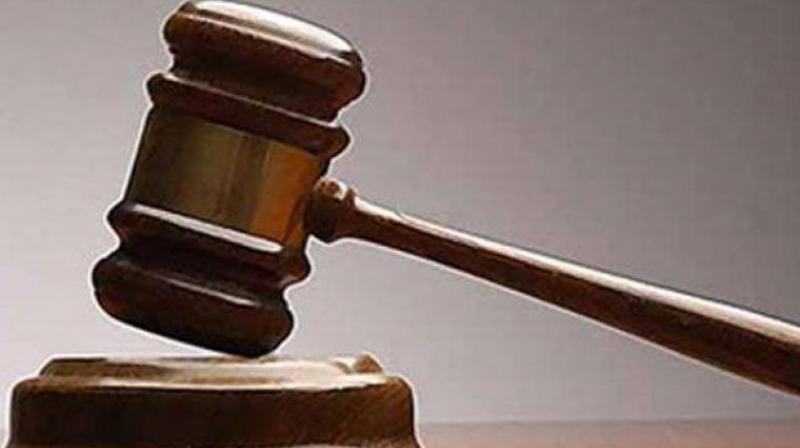 A motley group of legal scholars who have consistently advocated the view that a uniform civil code (UCC) is neither feasible nor desirable for a pluralistic nation such as India, and that gender justice must be woven into personal laws in a gradual manner by adopting a step-by-step approach, today stand vindicated as the 21st Law Commission in its “Consultation Paper on Family Law Reforms” released a few hours before its term expired on August 31, 2018, has endorsed these views.

“Mere existence of difference does not imply discrimination, but is indicative of a robust democracy,” the Law Commission commented, and added that most countries are now moving towards recognition of difference rather than a flat uniformity between culturally diverse people as it causes more injustice to the weaker and vulnerable sections.

Rather than enacting a UCC, the Law Commission has recommended that family laws of every religion must be reformed to render them gender-just.

The consultation paper emphasised that celebration of diversity must not disadvantage specific groups and “women must be guaranteed their freedom of faith without any compromise on their right to equality” as it would be unfair to make women choose between one or the other. The paper goes on to recommend a series of reforms in the personal laws of all religions and also the secular laws that place women and children at a disadvantage.

Those who were under the misconception that a UCC must be enforced to “teach Muslims a lesson” were in for a rude shock. The Law Commission refrained from making any recommendations on triple talaq or Muslim bigamy and the constitutional validity of adultery under Section 497 of the IPC, since these are already before the Supreme Court or Parliament. Hence, the most significant and far-reaching recommendation of the Law Commission is with regard to the Hindu Succession Act.

It recommended the abolition of the institution of Hindu undivided family (HUF) property, which, the paper notes, has been used only for tax evasion. To remedy this the paper recommends abolition of Hindu coparcenary, which would lead to the collapse of HUF. “It is high time it is understood that justifying this institution on the ground of deep-rooted sentiments at the cost of the country’s revenues may not be judicious,” the Law Commission held. Though this may affect small traders and farmers, who are already reeling under the burden of demonetisation and GST, chairman of the Law Commission Justice Balbir Singh Chauhan remained firm on this issue and has articulated this as one of the major focus of the report.

Among other reforms suggested in Hindu laws are doing away with the provision of restitution of conjugal rights to force wives to cohabit, bringing in a new legislation to address the issue of legitimisation of children born out of live-in relationships and their right to inherit the property of their parents.

Concern about discrimination against women regarding inheritance in all personal laws seems to dominate the report. Towards this end, the Law Commission has suggested codification of Muslim law of inheritance and succession bringing in uniform provisions of succession applicable both to Shias and Sunnis so that succession and inheritance will be based on “proximity to the deceased rather than preference to male agnates”. Further, a Muslim widow, even if childless, should inherit property of the deceased as a Class I heir.

Another aspect of property, which figures in the report, is division of matrimonial property upon divorce. While suggesting that “no-fault divorce” must be introduced in all personal laws, the Law Commission has recommended that it should accompany the provision of division of all property acquired after marriage. This has been one of the major concerns since the earlier government had hurriedly introduced a bill in Parliament in 2011 to introduce the provision of “irretrievable breakdown of marriage”.

Another important recommendation about rights within marriage is defining the rights of persons with disabilities.

The Law Commission has made an interesting comment regarding Muslim polygamy: “Although polygamy is permitted within Islam, it is a rare practice among Indian Muslims, on the other hand it is frequently misused by persons of other religions who convert as Muslims solely for the purpose of solemnising another marriage rather than Muslim themselves”. This comment resonates with the comments in an earlier ruling by the Supreme Court, the Sarla Mudgal case, where while addressing the issue of conversion and bigamy, the Supreme Court had recommended enacting a UCC to deal with this issue.

However, it suggests that nikahnama should make it clear that polygamy is a criminal offence, but clarifies that this is not based on a moral stance on monogamy but on the fact it has been used as an exclusive privilege of men.

The report recommends an amendment to the Dissolution of Muslim Marriage Act 1939 to explicitly include adultery as a ground for divorce for both spouses as currently it is recognised only if it is committed with “women of evil repute or leads an infamous life”.

Regarding issue of custody and guardianship, the Law Commission stressed that courts must follow the principle “best interest of the child” and this must form the basis for deciding all matters concerning child custody.

Based on submissions by Christian women, the Law Commission has suggested that the period of separation before filing for divorce should be reduced to one year, from the current two years, as this creates hardship for Christians desiring to end the marriage.

The Law Commission has also suggested abolition of the 30-day notice period for registering a marriage under the Special Marriage Act as it provides “an opportunity to kin of the couple to discourage an inter-caste or an inter-religion marriage”. Since the Muslim marriage comes into effect immediately after signing the nikahnama and Hindu marriage soon after the rituals are performed, it recommended that the 30-day waiting period should be done away with.

From these multiple recommendations, it remains to be seen which of these will be picked up by the law ministry and transformed into specific bills to be introduced in Parliament. How Parliament will respond to these is yet another challenge before recommendations get converted into laws. But for now we must be content that the agenda of family law reform has moved beyond the rhetoric of enacting a UCC.