At last, Delhi asks Rajapaksa for a dance

So why the invitation to Mr Rajapaksa, the man under whom Sri Lanka first inched closer to China? 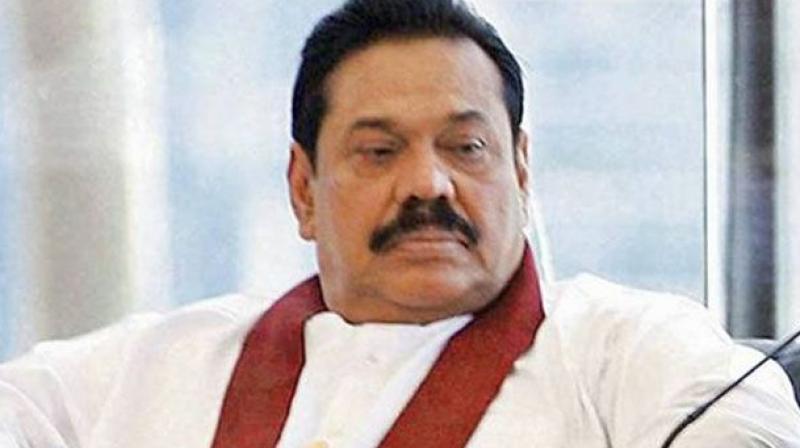 A 10-member parliamentary delegation from Sri Lanka has begun an official visit to India, but another group under the man it fears the most has quietly checked into a five-star hotel in central Delhi at the same time. Former President Mahinda Rajapaksa, current leader of the Joint Opposition (JO), and the near-certain winner of Sri Lanka’s next election in January 2020, is in the Indian capital on a three-day visit.

Mr Rajapaksa is the man widely credited with ending the country’s 30-year-long civil war against the Liberation Tigers of Tamil Eelam (LTTE). His newly-formed Sri Lanka Podujana Peramuna has won provincial elections and is on a roll. Mr Rajapaksa is slated to return as PM, an office now endowed with greater powers than the presidency and with a President of his own choice.

But why this sudden interest in a man who has never been the darling of most international capitals, including New Delhi?

Paralysed by its Tamil Nadu partners, the Congress-led UPA coalition was frosty towards the Rajapaksa government, while the West kept up its shrill, predictable and hypocritical refrain of “human rights violations” by the Sri Lankan Army during the last phase of the bloody civil war.

Then came Narendra Modi and things appeared to change. Mr Rajapaksa attended the PM’s inauguration in 2014. Despite rumours that India engineered Mr Rajapaksa’s defeat by President Maithripala Sirisena in 2015, the former Lankan President met the Indian PM during the latter’s visits to Sri Lanka. Instead of harping on the Ramayan link or Tamil cousinhood as widely expected in India (and feared in Buddhist majority Sri Lanka), Mr Modi deftly lauded Sri Lanka’s Buddhist traditions and effectively flummoxed chauvinists in both countries.

Yet, bilateral relations have been on a backburner, ever since cash-strapped Colombo swapped debt for equity and therewith gave its largest investor, China, near complete control over two important ports. More recently, an unamused New Delhi has sampled just what such a strong Chinese debt-trap stranglehold can do to its neighbours: both the Maldives and Nepal have turned cold shoulders towards their longstanding ally, India.

So why the invitation to Mr Rajapaksa, the man under whom Sri Lanka first inched closer to China?

Technically, Mr Rajapaksa has been invited to hold a lecture by an organisation called the Virat Hindustan Sangam (VHS), whose name itself is enough to evoke trepidation among Sinhala Buddhists. After all, its website says in no uncertain terms that the organisation was “created to…pave the way for a Hindu renaissance”.

But its founder is the irrepressible Subramanian Swamy, who, despite his unconventional practices and approach to politics, is a respected MP of the BJP. Dr Swamy also happens to be a rare urban Indian — and a Tamilian at that — who has denounced the LTTE in no uncertain terms and lauded Mr Rajapaksa for turning a deaf ear to the absurdity of Western demands that the Sri Lankan Army lay down arms in its final winning stretch in 2009 and offer roses to the internationally-proscribed terror group, the LTTE, instead.

Sections of the Sri Lankan media are calling this an invitation to Mr Rajapaksa by the BJP. But whether the VHS paid for the flights or the BJP did is of little consequence. The fact is that Dr Swamy is one of the very few Indian politicians in faraway northern New Delhi endowed with deep insights into what makes Sri Lankans tick.

Finally, the invitation to Mr Rajapaksa by an organisation founded by Dr Swamy proves yet again that the latter is to the BJP what the equally outspoken, but not as successful, Mani Shankar Aiyar was once to the Congress — a via medium for the party to talk and act divergently and therewith test public mood and sentiment over a given issue.

A source in Mr Rajapaksa’s delegation in New Delhi told this writer that he is scheduled to meet PM Modi too. It will be at least the third meeting between the two leaders, whose personalities and decisiveness in tackling issues are uncannily similar. Of course, the official description will be a “courtesy call” during which “pleasantries were exchanged”. But the PMO will have some hard-hitting questions about how Mr Rajapaksa, should he return to power, intends to loosen China’s stranglehold over Sri Lanka, the most crucial turnpike of the Indian Ocean Region.

“Mr Rajapaksa is an old friend of India but also a committed Sri Lankan nationalist,” the source said. He conceded that India too will seek its “pound of flesh” but pointed out that if there is a political figure in Colombo (currently torn asunder by a squabbling PM and President and a teetering coalition), who can ensure the best relations with both India and China without conceding an inch of Sri Lanka’s sovereignty to either, it is Mr Rajapaksa.

Readers of this column will ask about “the Tamil question”. After all, it is the demand of Sri Lanka’s Tamil minority for autonomy that had deteriorated into one of the world’s bloodiest separatist wars. But there are several important developments, which most Western-influenced “analysts” with no experience of the bloody war or of how the LTTE terrorised Tamils themselves, steadfastly fail to inform lay readers about, in both countries.

Despite its “tail” having set up exile groups in Western countries, the LTTE within Sri Lanka itself is dead. Tamil anger, which had kept the LTTE alive, has mellowed due to unprecedented development of their provinces — mostly under Mr Rajapaksa — over the nine years since the end of the war. Despite tall and moderate leaders like R. Sampanthan, Sri Lanka’s Tamil National Alliance (TNA) is itself fragmented. A strong and justifiable desire for greater autonomy undoubtedly persists among ordinary Tamil citizens. But other than rabble-rousing politicians, no Tamil speaks of “Eelam”, a separate country, any more. And with no LTTE, no separatist sentiment in Sri Lanka and a radically diminished role in New Delhi, shrillness across the Palk Strait in Tamil Nadu too has dwindled.

Mr Rajapaksa is a deeply religious man. During his Delhi sojourn and in the Sri Lankan Buddhist tradition, he will also visit various Hindu temples and undoubtedly pray for India and Sri Lanka to chart a fresh course on calmer waters. New Delhi too will look forward to the voyage but preferably without Xi Jinping on board.

“One can’t dance at two weddings at the same time,” runs a German proverb. However, and by hosting both an official delegation and a popular past President from Sri Lanka, New Delhi has put on its dancing shoes to do just that.