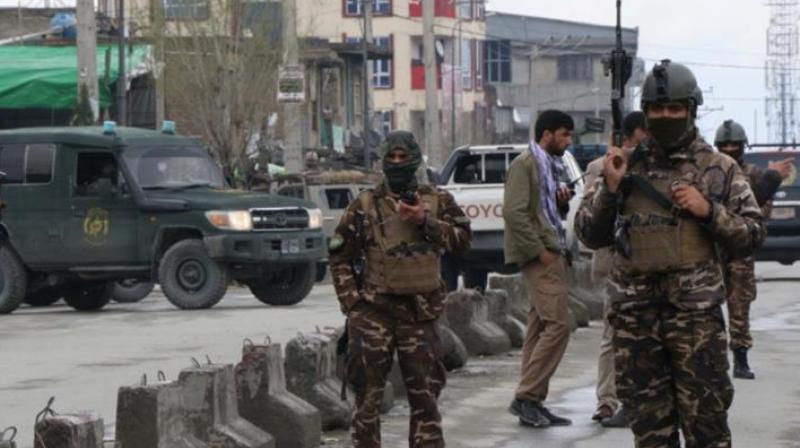 Afghanistan is becoming the Balkans of the late 19th and early 20th centuries and there is almost no one of Otto von Bismarck’s sagacity and vision to prevent the place from blowing up and damaging the neighbourhood.

April 2021 is the last month of the American and allied troops’ occupation of Afghanistan and there is little likelihood of a change of plans regardless of whether Donald Trump or Joe Biden wins the US presidential elections in November.

Countries sharing a border with Afghanistan, which include the Central Asian states, Iran, Pakistan and China, have an equal stake in keeping the situation from blowing up, as do countries and big powers that don’t like the United States, Russia, India, Turkey and the Arab nations.

Afghanistan has never known unbroken central rule as it is usually defined, and it doesn’t have a strong centralising army, like another xenophobic state, Myanmar.

Tribes and warlords determine the power structure on the ground and this phenomenon often defies the Islamic impulses.

Although Washington’s objectives of its post-9/11 intervention were met with the dislodgement of the Taliban government and the ouster of Al Qaeda from all power structures, the US returned from the distraction of the Iraq War with new nation-building pledges for Afghanistan, in which India has so far spent $3 billion.

The objectives of foreign interventions amended and enlarged mid-course usually end in stalemate.

The situation with the principal actor opposed to the United States, the Taliban, is equally fraught and troublesome.

Although it controls 20 per cent of Afghanistan, contests another 50 per cent with the international coalition and Afghan forces, twice has held populous Kunduz city in the north, and is close to encircling six to eight other cities whose road links it can sever at will, its future still depends on the gains from the February 2020 peace agreement with the US.

The Taliban’s hardliners were opposed to the peace deal, which binds it and allies like Al Qaeda, the semi-autonomous anti-India, pro-Pakistan Haqqani Taliban of Sirajuddin Haqqani, etc, from attacking the US and its allies.

One of the biggest beneficiaries of disenchantment in the Taliban is the Islamic State-Khorasan (IS-K), originally constituted from leaders of the Pakistan Taliban facing Pakistan Army persecution.

In the months leading up to the peace deal, the US and Afghan forces on one side and Taliban on the other decimated IS(K), claiming no collusion.

Since the Taliban must sustain violence against the US and Afghan forces and others generally considered “outsiders” to preserve its raison d'être, it has, so to speak, outsourced bloodletting and mayhem to IS(K), with the Haqqani Taliban acting as intermediary.

The Jalalabad jailbreak on August 3, while attributed to IS(K), benefited Taliban inmates the most. IS(K) attacks on a Kabul gurdwara and a maternity ward were particularly gruesome but were, however, not meant to help the Taliban cause entirely.

IS(K) mirrors its mother organisation, Islamic State of Iraq and Levant, by making extreme violence an end in itself to gain influence, strength and resources. This has proved a magnet for disenchanted Taliban hardliners.

The key test ahead is if the United States leaves a residual counter-terrorism force of upto 5,000 after the April 2021 withdrawal. A sort of guarantee for the peace deal, it can also increase the Taliban’s problems with its hardliners to the benefit of IS(K).

Between the Taliban and the IS(K), most states affected by Afghanistan’s instabilities prefer the Taliban, which is an insurgent movement with no revolutionary ambitions abroad.

These grudging supporters include the leading powers, the US, Russia, China, the Central Asian Republics, Iran, Pakistan, etc.

Although Indian agencies have contacts with the Taliban through Iran, it doesn’t translate to meaningful political traction, this being scuppered by Pakistan’s closeness to the insurgent outfit, and the Taliban’s own supportive role in the IC-814 hijack.

The Haqqani Taliban through its violent attack on Indian interests and assets in Afghanistan guided by Pakistan’s ISI also makes accommodation with the Taliban remote for now.

On the other hand, India’s support of the Afghan government and its training of Afghan defence forces makes it anathema to the Taliban. Nevertheless, the IS(K) represents a bigger challenge, with recruits from India and with a chapter dedicated to terrorism in India.

Once the US departs, India’s non-military investments of $3 billion in Afghanistan will go up in smoke and India’s security interests will come under severe strain.

It is unlikely that the isolated civilian government with a depleted military can withstand Taliban pressure for long.

If this is accompanied by an ascendency of Pakistan, it can provide no comfort to New Delhi. Between a rock and a hard place is what confronts India in Afghanistan.

The situation of other states is, however, only slightly better. The United States has to keep an eagle eye on Afghanistan in the foreseeable future with the possibility of repeat military deployments which are politically controversial. Russia, China and Iran have to tolerate a hardline Taliban in their backyard because the alternative of IS(K) is unacceptable.

Having spearheaded the Islamic “revolution” in the 1990s, the Taliban cannot go soft and still hope to retain its radical base which is ever ready to switch to the IS(K).

The last of its hardcore 400 fighters in Afghan government captivity are to be released after US threats of aid cuts and this only makes the situation more precarious.

All of Afghanistan’s neighbours and near-neighbours have deepened partnerships with one another to manage the new flux after the US withdrawal, except for India whose differences with Pakistan over Kashmir and now China on the border question stand in the way.

Once a conduit for humanitarian aid to Afghanistan and quiet manoeuvrings with the Taliban, Iran has also moved away over differences over compliances with US sanctions and internal issues related to Muslims and Kashmir.

Busy retrenching, the US has nothing to offer except vague promises of protecting Indian interests.

The only big player left is Russia, with which India has a defence suppliers’ relationship after the United States displaced it as the most valued political partner. All at once, history is being turned back 20 years and the prospects are dark.

The writer is an analyst and journalist based in New Delhi