For, except God’s love, which is sometimes difficult to experience tangibly, what could be sweeter than mother’s love? 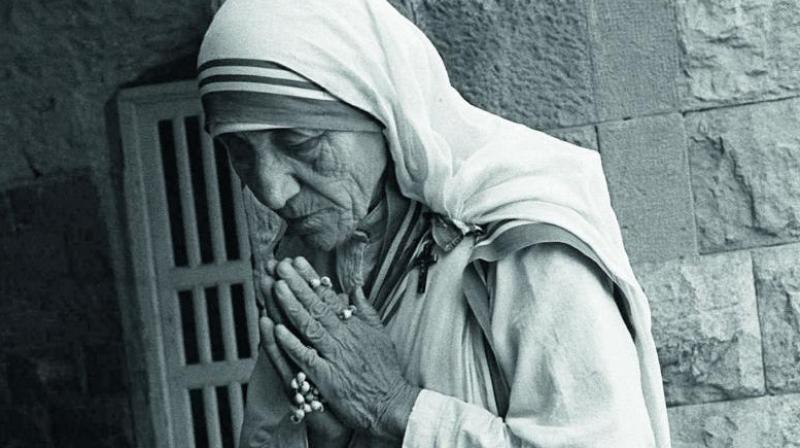 There are also those who become loving mothers, like Saint Teresa, to some unfortunate one of us, who, for one or the other reason missed out on the love of our biological mothers and fathers. (Photo: AFP)

On Sunday, May 14, sons and daughters in large parts of the world will be celebrating what could be called the “sweetest day of the year” — Mother’s Day. I wonder if one could think of any other sweeter day. For, except God’s love, which is sometimes difficult to experience tangibly, what could be sweeter than mother’s love?

I have spent considerable time living in at least four different cultures: my motherland India; the Philippines; England and now Austria. I have also travelled to quite a few other countries. One obviously finds substantial differences in the various cultures of the world, which are not only in the way people speak, dress, eat or worship but also their choices of sports, films, music and even emotional expressions. But one thing that remains absolutely constant in every culture is the expression of a mother loves for her child/children.

An unknown author expresses beautifully the mother’s love that most of us have taken for granted in life: “A mother’s love is… made of deep devotion and of sacrifice and pain; It is endless and unselfish and enduring come what may…; It believes beyond believing when the world around condemns. And it glows with all the beauty of the rarest, brightest gems. It is far beyond defining… and it still remains a secret like the mysteries of creation. A many-splendored miracle man cannot understand. And another wondrous evidence of God’s tender guiding hand.”

There are also those who become loving mothers, like Saint Teresa, to some unfortunate one of us, who, for one or the other reason missed out on the love of our biological mothers and fathers.

The Mother’s Day this year also almost coincides with 100th anniversary of the heavenly Mother Mary’s apparition to three shepherd children in Fatima (Portugal) on May 13, 1917. She continued appearing to Lucia, Francisco and Jacinta till October 13 that year, when according to the children’s promise, a crowd of 70,000 people witnessed something extraordinary from her, changing their lives forever.

Many Christians continue to approach her to intercede for them to her son Jesus, who, during his earthly life had experienced her tender loving care. One of the popular names Mother Mary is addressed by her devotees is, “Mother of perpetual help”. Like our earthly mothers she never tires of helping people. Thus, one common prayer to her starts with: “Remember O! Most gracious Virgin Mary, never was it known, that anyone who fled to thy protection or implored thy help or sought thine intercession was left unaided…”

And so for a believer like me, besides having had an earthly mother who helped me become what I am today, I also have a heavenly mother in Mary whose love, care and protection I continue to experience everyday.