Of faith and its ‘rules’, even in death

Nivedita was a schoolteacher and her husband is an assistant commissioner, directorate of commercial taxes, West Bengal. 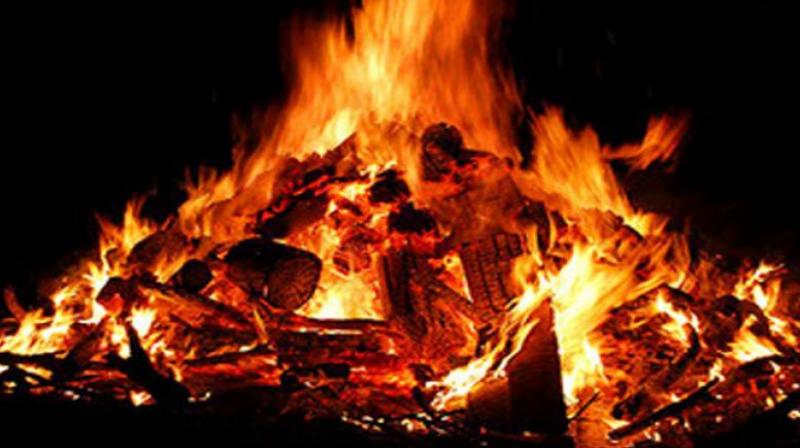 Respecting her faith, Nivedita was cremated at the Nigambodh Ghat, and it was her family’s wish to perform a shraddh ceremony in her memory at the Chittaranjan Park Kali Mandir. (Representational Image)

Some days ago, a 46-year-old mother of one died of multiple organ failure in Delhi. Sad, but not all that unusual or newsworthy, you might say. Her name was Nivedita Ghatak Rahman. Is that making you sit up and think? If not, congratulations. You belong to a shrinking percentage of Indians who do not judge or jump to conclusions on reading a surname. For those of you who are still trying to figure it out — Nivedita, a Hindu, was married to Imtiazur Rahman. The couple belonged to Kolkata. This was in 1998. She did not convert to Islam. He did not call himself a Hindu. They did not have to choose or give up their respective faiths. They had married under the Special Marriage Act. Respecting her faith, Nivedita was cremated at the Nigambodh Ghat, and it was her family’s wish to perform a shraddh ceremony in her memory at the Chittaranjan Park Kali Mandir. Her husband paid Rs 1,300 and booked an appropriate slot a few days later. Abruptly, and without offering an explanation, the grieving husband received a phone call requesting him to collect the booking fee — the shraddh ceremony had been arbitrarily cancelled. When he asked, “why?” he was told, evasively, of course, “you can understand why”. Not willing to let it go so easily, Nivedita’s family decided to take up the matter with the president of the CR Park Kali Mandir Society. He flatly said: “We cannot change Hindu religious rules.” Which rule says a Hindu woman’s shraddh cannot be performed if she marries outside her faith? Especially since the cremation had gone off smoothly. So what was the issue about not allowing the shraddh? As things stand, the president of the society has promised to look into it and “investigate the matter”. In India, this generally means, “Sorry boss... it’s not possible.”

Nivedita was a schoolteacher and her husband is an assistant commissioner, directorate of commercial taxes, West Bengal. I’d say he is in the right job in the right state to take this up on a war footing. Heaven help him had he been in Uttar Pradesh or Bihar. Along with his deceased wife, his own life might have ended for daring to go to the ghat and cremating her. In Didi’s West Bengal, Rahman stands a pretty good chance of getting himself heard and demanding his right to perform his late wife’s shraddh with dignity and in peace. He should definitely not let this go without challenging the authorities. This may seem like an isolated incident in one particular Indian city. But it is precisely these sorts of practices that are tearing us apart as a people.

Given that 2019 is a crucial election year, it would be a great idea to highlight this incident and hold it up for what it is — yet one more example of discriminatory traditions, endorsed and propagated by vested interests. If someone were to conduct a straw poll and ask citizens what they feel about a loving Muslim husband, expressing his desire to give his late wife the sort of religious sendoff he and her family consider appropriate, the chances are that Rahman would attract wholehearted, unconditional support. The minute we allow negativity into such a human dilemma, we fall prey to divisiveness and the politics of hate. As Nivedita’s daughter pointed out, her mother was much too young to have expressed a “last wish”. The shraddh decision was jointly taken by her loved ones, in keeping with the life she had lived. Surely, they are entitled to take such a “liberty”?

I attended a high-profile lecture series conducted by a billionaire, a self-designated “mystic” with a business empire spread across several countries. I was astonished by the undisguised manipulation of a fawning audience, strategically placed to fill a large auditorium and clap at every, entirely banal, utterance. Forget the clumsy attempts at generating big laughs and resorting to sexist comments about the slightly frazzled but entirely beautiful movie star in conversation with him, the content itself was a pretty tawdry commentary on pop-Hinduism. There was no reference to any other faith or religion, unless it was a dig. I found the entire exercise fake and devious in its intent. But it was also a clever and key component of the larger narrative — which is to “assert” Hinduism’s superiority and supremacy as a political structure of the future.

This form of propaganda, disguised as an open and free dialogue with famous personalities from other fields, ought to make more people uncomfortable. But does it? I am perfectly happy to sit through another similar evening on one condition: Be transparent. Be upfront. Make it clear you are a businessman/politician out to help the ruling party win the next election. Who needs mumbo-jumbo? Who wants well-packaged but essentially recycled homilies we have all heard and read so very many times over the years? Will this “mystic” have the guts to conduct a similar dialogue with Imtiazur Rahman in Kolkata? And take untutored, genuine questions from the audience? I doubt it. If such a conversation does take place, I’d say we have taken a major step forward in the right direction. Till then, I reserve my respect for Rahman. And my scepticism for the “mystic”.