The Arc of Joan who lent her voice to human rights

That landmark moment transformed the trajectory of Joan Baez’s life and career. By 1963, she already had four albums to her credit. 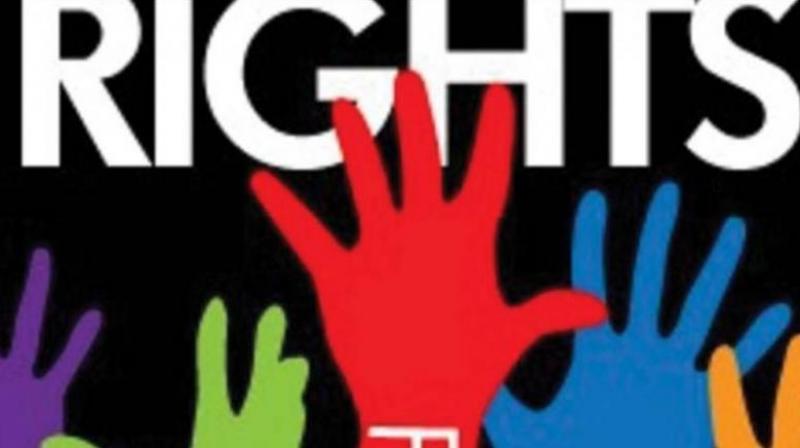 Long after her appearances at Woodstock and Live Aid and on an Amnesty International tour, even her lesser-known albums continued to bear testimony to her political engagement.

Sixty years ago this week, a teenager stood in the rain by the side of the stage at the very first Newport Folk Festival in Rhode Island. Her talent had already been recognised in the coffee shops of Boston, but here was her chance to share it more widely. After what must have seemed an interminable wait, Don Gibson introduced her to the audience, and she clambered up the steps, barefooted. Virgin Mary Had One Son was their first duet, followed by We are Crossing the Jordan River. Her siren voice mesmerised the audience.

That landmark moment transformed the trajectory of Joan Baez’s life and career. By 1963, she already had four albums to her credit. Having opted for a small, mainly classical label called Vanguard, resisting the riches promised by Columbia as it wooed her — not least because Vanguard’s roster of artists included The Weavers and Paul Robeson — she sang We Shall Overcome at the monumental rally in Washington where, as she puts it in her memoirs, Martin Luther King “put aside his prepared speech and let the breath of God thunder through him”. She brought along to the March on Washington a then relatively unknown singer-songwriter called Bob Dylan.

She marched by Dr King’s side in the segregated south as part of her unquestioning commitment to the struggle for civil rights, and then poured her pacifist heart into the movement against American aggression in Vietnam, her commitment best epitomised perhaps by a visit to Hanoi in December 1972, which began just before Richard Nixon launched his infamous Christmas bombing campaign. The B-52s spared her hotel only because it was known to host foreigners. In the bomb shelter beneath the hotel, she eventually got over her jitters and sang to keep up the spirits of fellow inmates.

On one of her post-bombing-raid excursions in the North Vietnamese capital, she came across a bereaved mother’s haunting lament, “Where are you now, my son?” Baez turned it into the centrepiece of her next album, devoting an entire side of the LP to excerpts from the hours of audio she had recorded in Hanoi.

In subsequent years, she was also willing to lend her voice to the cause of post-war Vietnamese dissidents. That was perfectly consistent with her Gandhian philosophy of non-violence. Ideology didn’t matter where human rights were concerned. She performed private concerts for Lech Walesa and Andrei Sakharov while they were beleaguered figureheads, and let Vaclav Havel carry her guitar into a Prague venue from which he would otherwise have been excluded.

Baez recorded her poignant Song of Bangladesh before her visit to war-torn Vietnam, and it was followed less than 10 years later by Cambodia, which encompassed her advocacy for Cambodian refugees — whom she escorted across the border into Thailand during a Southeast Asian excursion. Her mid-1970s exclusively Spanish album Gracias a la Vida was a response to the brutal consequences of the Pinochet coup in Chile.

There came a time when she decided that her receding voice — a far cry, by the early 1980s, from what the New York Times critic Robert Shelton had described as an “achingly pure soprano” a decade earlier — deserved more attention than the causes she was inclined to pursue. For the first time in her life, Baez opted for lessons in singing, alongside bouts of psychotherapy. Yet, not long afterwards, she found herself deploying her vocal cords for a lament, with local accompaniment, on a deserted street in Sarajevo.

Long after her appearances at Woodstock and Live Aid and on an Amnesty International tour, even her lesser-known albums continued to bear testimony to her political engagement. Her broadly left-wing leanings are instinctive rather than academic. Some of her studio efforts through the 1990s and beyond tend to obscure her vocal strengths with overwhelming musical accompaniment, but back in 2008 she rediscovered her métier with Steve Earle, who produced the sublime album Day After Tomorrow, which was followed a decade later by last year’s Whistle Through the Wind. Both of them put her ageing voice, which remains a gorgeous instrument, at the front and centre.

It was also last year that Baez announced she would be embarking on her final tour, dubbed Fare Thee Well, which concludes later this month in Madrid. It was in Spain a little more than 40 years ago that she became the first person to perform the republican anthem No Nos Moveran following the demise of Francisco Franco and his nearly four-decade fascist dictatorship.

Baez may yet perform the occasional concert and perhaps even record an album, but her touring days will be over within weeks. Which is fair enough, given she’ll be 80 in January 2021, and no one can seriously doubt her relentless dedication to Dr King’s 1963 declaration at the March on Washington that “the arc of the universe is long, but it bends towards justice”.