Some people wrongly say that dharma creates wars as they think of dharma as religion. 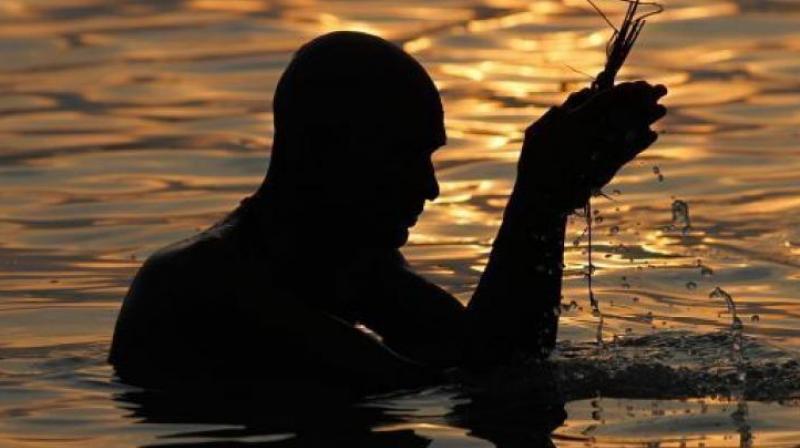 What is meant by dharma? Religion is the most common mistranslation of the word. In Sanskrit, dharma comes from the verbal root dhr, which means to uphold, to integrate. So dharma is that which integrates, unifies.

Many of us are disintegrated personalities. We appear to have two entities within us — “the ideal” and “the actual”. What we think, feel, speak and do is very often, disconnected. This lack of integration results in conflict both within ourselves and also with others around us.

So dharma helps to integrate our character. A person who is integrated within — in thought, word and deed — is truly happy. Some are integrated in thinking and acting wickedly! But that only creates conflict, sorrow and violence, which is not a function of dharma. The opposite of dharma is adharma, which means: “that which disintegrates”. An adharmik person is disintegrated within and also divides the family and the community, which is the reason of so much conflict in the world. Some people wrongly say that dharma creates wars as they think of dharma as religion. However, wars like the Mahabharata were fought to destroy adharma and re-establish dharma. The limited understanding of the meaning of dharma together with fanaticism has brought about untold problems.

It is only when people are at peace within themselves and at peace with others, there is prosperity. Thus, integration, which results in peace, prosperity and happiness, is the very purpose of dharma.

Dharma also refers to values or the eternal virtues of life such as honesty, compassion, non-covetousness and contentment. Values of life become virtues when we live them. For example, honesty has to be lived regardless of our profession. A famous Upanishad mantra declares, “May my speech abide in my mind, and may my mind abide in my speech.” When we integrate these values in our life, the strength derived from them is unimaginable. Thus, dharma as virtues brings eternal peace and happiness.

Another meaning of dharma is duty. Every person has an identity and various roles. Duty is always in reference to a person’s identity and relationship with someone else. In a family, each person has different responsibilities and duties appropriate to the relationship. If I remain steadfast in performing my duties, my mind becomes single pointed and free from personal likes and dislikes. Likes and dislikes colour our vision and make us inflexible, jealous, prejudiced and so on. A mind free of them is considered pure or noble. Thus, the third aspect of dharma is purification of the mind.

Finally, when all work is dedicated to God, dharma becomes devotion. Ultimately, the fulfilment of dharma is in devotion to the Lord.

Swami Tejomayananda is an acharya of Chinmaya Mission.