How Pakistani rulers are destroying the country

Pakistan’s national and foreign policy are now without a coherent governmental base. 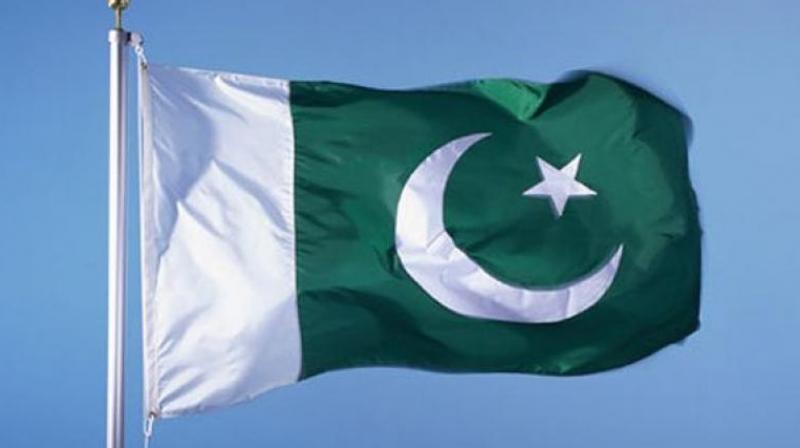 Pakistan is a poor country with horrible inequality and social indices.

The November 26, 2017, six-point agreement between the Faizabad protesters and the government/military was a major setback for the reputation and image of Pakistan. There are still unanswered questions. Was it the disqualified boss of the ruling party who engineered this episode to target the military boss? Or was it the other way around? Whatever the answer, the government finally surrendered its constitutional authority to the military.

The military in turn transgressed its constitutional limits and “saved the country” by conceding the unconstitutional demands of foul-mouthed religious politicians who threatened chaos throughout the country. The twin messages sent by these twin surrenders are clear: at home Pakistan is for the taking by extremists; abroad it has made a laughing stock of itself. What more could India ask for?

Pakistan’s national and foreign policy are now without a coherent governmental base. Accordingly, they have no credibility. Every ideal and value the Quaid’s Pakistan embodied has been betrayed. Those who think the country has been saved need only consider: Saved from what? For whom? For how long? At what cost? Firm and just governance has been rendered impossible by corruption, fear and treachery.

The ousted Prime Minister; his brother in Lahore; the irrelevant current Prime Minister who cannot even address the nation; the bewildered remnants of the elected government; the Opposition parties and their bickering and quarrelling leaders; the pathetic Parliament which only produces rupee billionaires and dollar millionaires; the military and its intelligence establishment who wield unauthorised political power without knowledge or wisdom; the police who have been used, abused, discredited and finally betrayed; the bureaucrats — with honourable exceptions; some would also include the judiciary; and those violent opportunists who politically exploit the people’s passionate love for the Prophet (PBUH), have all brought about this anti-Pakistan farce.

Why should India try to destroy Pakistan when the country’s rulers are doing it themselves? Last June, the Crown Prince of Saudi Arabia referred to Pakistan as “a slave country”. He can summon the Prime Minister and the Army chief at a moment’s notice — even in the midst of a major domestic crisis. This same crown prince is supposedly embarking on the path of “moderate Islam” and clean government for his country to enter the 21st century while Pakistan chooses to sink ever deeper into the morass of religious extremism and criminally corrupt governance to stay far away from the 21st century!

Leave India and the US aside. They are unfriendly countries. What about China? What must it think as it beholds the endlessly silly and scary spectacle in Pakistan? What future can it envisage for CPEC and its strategic partnership with Pakistan? At the very least, it will feel compelled to have alternative plans. With religious extremism rampant in Pakistan, what assurances can Pakistan credibly extend to China or any other country with regard to stopping extremists from using its territory against them?

What are the implications of these surrenders for Pakistan’s constitutional, democratic and counterterrorism credentials? How will an imploding Pakistan elicit support for its promotion of a just and stabilising settlement process in Kashmir, or effectively call out India for its many documented atrocities?

Learned analyses of Pakistan’s political, security, economic, social and external challenges, and discussions about roadmaps and timelines for their possible resolution, are all rendered irrelevant by the tragic state it has been reduced to by its rulers and guardians. Moreover, the country’s elites, who rule without conscience or pity, readily plead their inability to address this situation while doing everything to ensure that it remains unaddressed. They deliberately rob the people of faith in themselves.

The world sees the situation in Pakistan as not merely ridiculous, but dangerous, since it has a nuclear arsenal, which India and the US will argue has an even higher risk now of falling into the hands of extremists. They will refer to the latest victory of the extremists over the government and security establishment. What will Pakistan’s diplomacy — even at its best — avail in the face of such perceptions? Simple dismissals of obvious realities cut no ice at home or abroad.

Given the triumph of religious obscurantism, the politically motivated security establishment, and utterly corrupt and therefore cowardly governance, what can another election achieve even if it is held fairly and leads to a change of faces? The parameters will still confine any elected government to tinkering on a ship that is sinking. No amount of charisma, flamboyant rhetoric and heroic posturing will change anything.

What needs to be done is very well known. It is nonsense to suggest it cannot be done because the powers that be are too powerful and the people are imprisoned in low self-esteem and low expectations.

A mobilised, organised, informed and empowered people can get any task done. They can defeat their indifferent and callous rulers. All they need is the assistance, advice and participation of concerned Pakistanis. They do not need anybody’s “leadership” which sooner or later turns out to be just another betrayal. They need devoted servants.

Pakistan is a poor country with horrible inequality and social indices. Yet there are no significant pro-poor or progressive parties. There are only religious, nationalist and populist leaders who are all right-wing, conservative and pro-establishment. They all talk in the name of the poor and the weak but they walk with the mighty. Only one national leader, within his limitations and despite his mistakes, has sincerely tried to serve the people. Most of the rest are corrupt and all of them pander to religious and power centres. They do not develop sustainable grassroots movements and mobilisation programmes relevant to emancipating and empowering the people.

Accordingly, most “leaders” are not worth addressing. Only ordinary Pakistanis who still believe in the country that the Pakistan Movement envisaged are worth consulting. Their varied talents and collective power need to be harnessed for a historic struggle to rid Pakistan of rulers without a cause, other than to escape accountability.