Darcus and C.L.R. James urged me to take it. It would be a giant step into the mainstream of British culture. 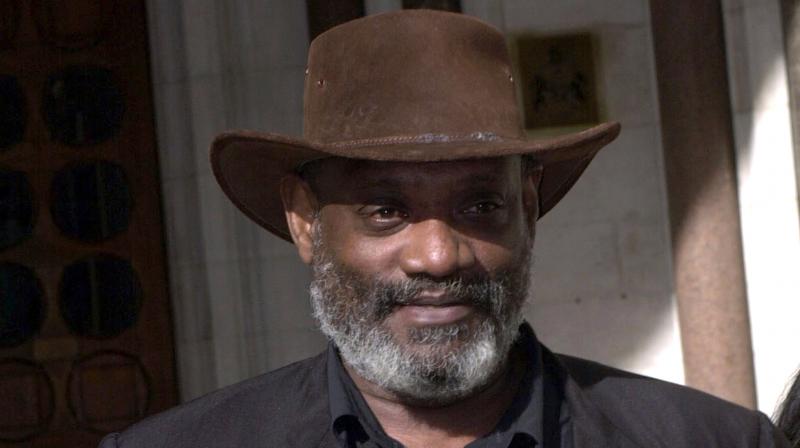 “So what if it’s hogwash?
— so many hogs need
washing…”
From The Pigsty Proverbs
by Bachchoo

Compelled this week to devote the column to the death of my dear friend Darcus Howe who died on April Fool’s Day and would undoubtedly have enjoyed the joke.

Born in Trinidad, Darcus came to Britain to study law and staying in London inevitably turned his hand, inspired by the life and times of his grand-uncle, Marxist philosopher C.L.R. James, to agitation for the rights of ex-colonial immigrants to Britain.

I first came across D, as we called him, when after a comparatively insulated existence at Cambridge University and a couple of years of living in the Asian, predominantly Punjabi, ghetto of Leicester, I was on a London Underground train with Indian friends. We’d been to Hyde Park corner listening to the soap-box orators. Two West Indians got on the train selling a newssheet called The Black Eagle. My friend Shahid bought one and the handsome young black vendor offered me one. I said we’d all share it.

“Will you all share the same jail sentence?” said Darcus and moved on.

I met him properly a few months later. I’d joined the British Black Panther Movement (BPM), a largely West Indian organisation with some prominent Asian members — Vivan Sunderam the artist and Sunit Chopra, later of the CPI(M), amongst them — and was assigned to compiling the daily bulletin of a famous court case called The Mangrove Nine. Darcus was one of the defendants charged with the serious offences of affray and conspiracy when arrested on a demonstration protesting against the harassment by the local cops of a Caribbean restaurant called The Mangrove. Darcus flamboyantly defended himself, mixing Shakespeare quotes with the rhetoric of black preachers. He was acquitted.

During those years in the BPM, Darcus held down jobs in several community projects. When a few of us thought the “Panther Movement” had outlived its usefulness and even its integrity, we successfully plotted to break it up. D was invited to edit a magazine called Race Today. He accepted and transformed it from a theoretical magazine to an agitational platform for the political collective he and others, including myself, built around it.

To list the movements in which the magazine and its collective played a part would take the better part of a book so I’ll just say that without it there would have been no militant fight against racial assaults, against the racism of the British police, against the ghettoisation of the Bangladeshi community of East London and the discriminatory policies of schools and employers.

Out of these experiences my material as a writer found me. I published several books and through luck and being at the right place at the right juncture was invited to write TV and then offered a job as a commissioning editor on Channel 4.

Darcus and C.L.R. James urged me to take it. It would be a giant step into the mainstream of British culture. I did and proceeded to invite Darcus and Tariq Ali, the Pakistani-British writer to conceive and edit an international current affairs programme with an emphasis on the national and world news, which the other current affairs programmes neglected. The Bandung File as it was called was unique in its outlook and scope and ran for several years.

D went on to host a series called The Devil’s Advocate in which he would take an issue in the limelight and question and challenge its main protagonists without fear or favour. He would take on politicians, world famous sportsmen, writers, singers, capitalists and snake-oil merchants who hadn’t till then faced exposure.

D, (his real name was Radford Leyton Howe!) had a laconic way with words. In those TV days we went to India to shoot Bandit Queen and D joined the crew, not for any purpose but to visit the country whose politics he knew. As we drove through the capital and past Rashtrapati Bhavan and North and South Blocks, D asked: “Who built all this?”

“The British,” I said
“They intended to stay, boy!” he said.
The film crew was invited by producer Bobby Bedi on their few days off to visit the Taj and take a trip to Fatehpur Sikri. D stuck close to me and asked me what Fatehpur was about. He wanted to know about the Great Mughal.

I told him and the rest of the crew the story of Akbar, Prince Salim and Anarkali — the tragic love affair, the refusal of Akbar to allow a dancing girl to become empress of India when he wanted an alliance through marriage with Persia, the insistence and imprisonment of Salim and then the offer of a bribe to Anarkali to accept a bounty and abandon him. I was of course following the plot of Mughal-e-Azam and ended the story with the cruel sentence that Akbar passed on Anarkali, having her entombed alive in the cavities of the palace that was being built. There were certainly some moist eyes amongst the crew when the story ended.

D said nothing till we were heading back to Delhi that night in the coach. From the back of it in the dark he seemed to assume the role of Akbar in the classic Trinidadian argot he occasionally fell back into.

“But wait. De boy say to me he wan’ bring dis whore into de house. I tell him no, you could do de ting but you cyan’ marry dis dancing gel. He say ‘I love her’. What? Dese are not matters of love! Dey are matters of diplomatic and political arrangement. You tink him listen? No way. So I say take him down and I call de woman and say take de gold and go. She say no. I say take double, jus’ leave de boy alone but she say she ain’t goin’ nowhere. You know what I say then? I say ‘wall the b***h!’”