Tackle Beijing juggernaut in the sea

China also appears to have taken the lessons of naval history seriously. 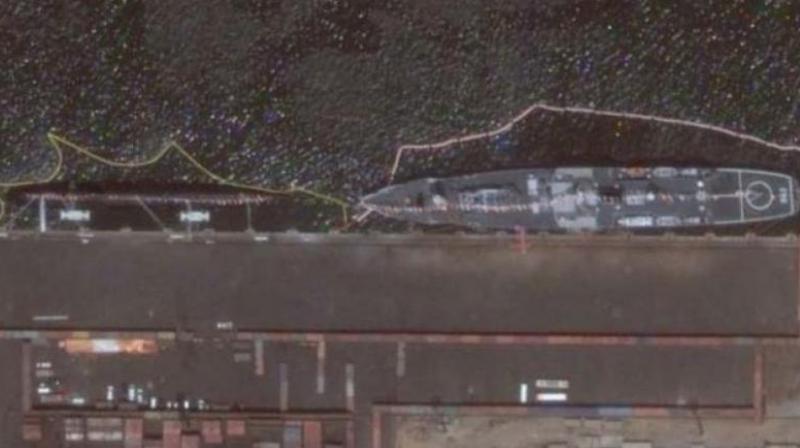 Despite its 7,830 nautical mile coastline, China, unlike Japan, was never a naval power, attempted commercial maritime voyages (sans serious military mission) by a few Chinese in the past notwithstanding. The reason for this non-naval tradition of China is due to land-fixative mindset of its rulers as they had to deal with innumerable foreign infantry and cavalry invasions through the northwest frontier, thereof, specially the well-known Gansu/Kansu corridor.

Thus when China attained its modern statehood in 1949, it continued to carry a historical baggage that was hard to shed. It was again the post-1949 Chinese Army that was repeatedly called upon to fight first in the northeast, with Americans in Korea (1950s), attack India in the remote Himalayas in the extreme southwest (1960s) and assault Vietnam in the southern plains (1970s).

These made China continuously fight land wars with foreigners. Thus, in the first half of the 20th century, when internal turmoil and political turbulence led to a long struggle (for supremacy) between the Communists and the Kuomintang — a civil war based on land. Understandably, therefore, the People’s Liberation Army (PLA) got the place of pride and precedence in the new China of post-October 1, 1949. PLA commanders and comrades were all over the new China; from political commissars to district administrators to chairman, all running the government from highest level. Mao Zedong to Zhou Enlai, Lin Piao to Deng Xiaoping, all were part of the Chinese PLA. No Air Force or Navy could ever break the monopoly of the “old boy tie” camaraderie of serving and ex-comrades of PLA.

However, the winds of change started blowing only after China’s forays into rapid industrialisation enterprise began late 20th century. Beijing had to go for an expansion, and expanded role, of its Navy in dealing with its rising status, economics and commerce based on the import of material, export of manufactured products and safety, security thereof. It, therefore, did not take long for a Coast Guard-type force to expand fast and get a status commensurate with its enhanced role in overall scheme of national strategy and overseas outreach.

Understandably, therefore, a paradigm shift in Chinese actions and attitudes took place in September 2004 when “the strict subordination of the Navy to the Army-dominated Central Military Commission (CMC) was significantly altered”. People’s Liberation Army Navy (PLAN) commander Admiral Zhang Dingfa was “elevated to the commission — the first time that a naval chief had received such a promotion”.

Soon, China was on overdrive to achieve its mission in the ocean. As can be seen from the inventory of the Chinese Navy, a phenomenal growth curve was noticed in indigenous manufacture of various types of surface fighting ships and sub-surface boats.

At least 30 submarines of four types (Jin, Shang, Yuan, Song) were produced by Bohai Shipyard, Huludao and Wuhan Shipyard between 2004 and 2015, and eight Kilo-class submarines were imported from Russia’s Nizhny Novgorod; Admiralty Yard, St Petersburg and Severodvinsk Shipyard between 2004 and 2005. Although China has completely redone its imported aircraft-carrier to commission it in 2012 as Liaoning, the Dalian Shipyard confirmed on December 31, 2015 that it had begun construction of first indigenous aircraft-carrier which is likely to be commissioned in 2020. “Speed” of construction and ship “numbers” are China’s top priority.

Speed is visible in surface ship construction too. Jiangnan Shipyard Shanghai, all by itself, commissioned 11 destroyers of three types (Luan I; Luan II; Luan III) between 2004 and 2015, each of which is a 7,000 ton-plus vessel, with 4,000-plus nautical mile range. And the Dalian Shipyard commissioned two Luzhou-type destroyers between 2006 and 2007.

It is, however, the 22 Jiangkai II class, 3,963 full load tonne frigates manufactured by Huangpu Shipyard Guangzhou and Hudong-Zhonghua Shipyard Shanghai, between 2005 and February 24, 2016, which take pride of place in the speedy manufacture of indigenous fighting ships, delays caused by the collapse of a crane in 2008 during construction of hull six at Hudong Shipyard Shanghai notwithstanding.

Since China professes and pretends to be assertive when it comes to Taiwan, its preparations for an assault could well be in the realm of theoretical possibility. Little wonder that four Yuzhao-type 19,855 (standard) displacement tonne amphibious assault ships have been constructed by Hudong Shipyard Shanghai between 2007 and February 1, 2016. To support a possible conflict to decide the future of Taiwan, China has started assigning the best and latest ships to the East and the South Sea fleet. Also, preparations are in full swing to focus on deterring American support to Taiwan through “anti-access and area denial” (AA & AD) capabilities. The short point of the long story is to succeed in “sea denial” to the American fleet, in and around, what China considers to be its own “aqua backyard”.

China also appears to have taken the lessons of naval history seriously. Hence the attempt to supply ships to friends to be used as outsourced soldiers to counter or intimidate Beijing’s potential enemy (like in South Asia) at a distance; develop combat ship bases on foreign soil (like Gwadar, Hambantota, Chittagong and Myanmar); create and construct bases far from the mainland (like Hainan and in South China Sea); and acquire port facilities for its naval personnel (like around Indian Ocean littoral states).

In the midst of this aggressive stance of the Chinese Navy, where does India stand, and how does New Delhi deal with Beijing juggernaut through the sea? In one word, New Delhi needs bases; far away from mainland India. Where? Ideally and immediately, in the neighbourhood. But that does not seem feasible at this point. What then is the alternative? The alternative for India is India itself. The two flanks of the Andaman and Nicobar Islands in the Bay of Bengal and Arabian Sea-located Lakshadweep and Minicoy Islands are India’s assets. India needs to go all out to “fully navalise” these two fronts/flanks “assets” as never before and the sooner the better. Second, it is time to speed up “conception to commission” of all fighting ship projects. Third, “joint command” is the urgent need of the hour. Fourth, it is time to give equal emphasis to both “sea control” and “sea denial”. All the more as China is definitely going to operate jointly with its Sino-Pak axis and pose a threat to India with its nuclear submarines in the vicinity of the Indian shoreline. We just saw credible on the surfacing of two Chinese nuclear subs off Karachi harbour. In the sea, one has to perform, or perish