The death of Hussein is considered by Shias as a symbol of humanity’s struggle against injustice, oppression and tyranny. 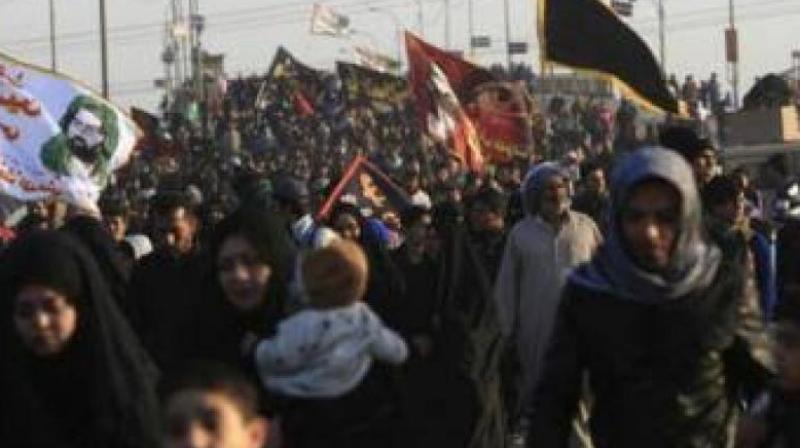 In recent years, some Shia clerics have been discouraging the bloodletting, instead encouraging people to donate blood to patients in need.

On the tenth day of Islam’s new year — Muharram — falls Ashura, a day famous the world over for the bizarre mourning practices of the Shiite Muslims. However, it has relevance for all Muslims and the ninth and tenth days are days of fasting commemorating when Noah left the ark and God parted the Red Sea for Moses and his followers to escape from the Pharaoh.

The word “ashura” takes its root from “ashur”, meaning “tenth” in Semitic languages and is the culmination of the commemoration of the death of their spiritual leader Hussein, a grandson of Prophet Muhammad, at the hands of the ruling caliph Yazid, the second caliph of the Umayyad Empire, who was beheaded in a very macabre manner in the Battle of Karbala in 680 CE in modern day Iraq. Shias across the world perform passion plays, walk barefoot over coal and indulge in brutal self-flagellation in an effort to relive the tragedy and express their grief. The death of Hussein is considered by Shias as a symbol of humanity’s struggle against injustice, oppression and tyranny.

Hussein’s death was part of a dispute over who should succeed Prophet Mohammed, which eventually developed into a bitter schism between the Sunni and Shiite branches of Islam. Hussein was the grandson of Prophet Muhammad, a fact that played an important role in his life and contributed to his death. His supporters — the Shia — believed that he was the rightful leader of the Muslim community, or ummah, because of his matrilineal descent. Sunnis, by contrast, believe that the caliph — or leader of the community — ought to be selected from those who have the capability of leadership.

According to narrations, Hussein was embarking on a journey towards Kufa in modern day Iraq after being urged by its people to rescue them from the tyranny of the ruling caliph when his convoy of family members and 72 companions was stopped by the 3,000-strong forces of Yazid, the ruler in Karbala on the banks of the Euphrates river. A battle ensued on Ashura. Hussein and his supporters were denied water for three days. After days of battling the opposing army of 30,000 men, Hussein was decapitated, his supporters were killed and the remaining women and children were captured as prisoners and paraded among the people. Hussein went knowingly to his death at the hands of Yazid’s forces in a bid to expose the corruption and irreligiosity of his rule.

The day has been a source of Shia mourning ever since. Ashura — literally, “tenth” in Arabic — is the day reserved for commemorating his martyrdom. Over time, the mourning process has taken on different ritual manifestations, with Shia Muslims commonly practicing chest beating, known as the latyma, and self-flagellation and the gashing of their foreheads with chains and the blunt ends of a sword called tatbir. This is supported with passion plays known as the ta’ziyeh or taziya. The tradition of bloodletting in the run up to Ashura is seen by some as a way of washing away their sins.

In recent years, some Shia clerics have been discouraging the bloodletting, instead encouraging people to donate blood to patients in need.