The battle of a Bihar-cadre IAS officer Jitendra Gupta seeking an inter-cadre transfer to Haryana has blown up into a major tussle. 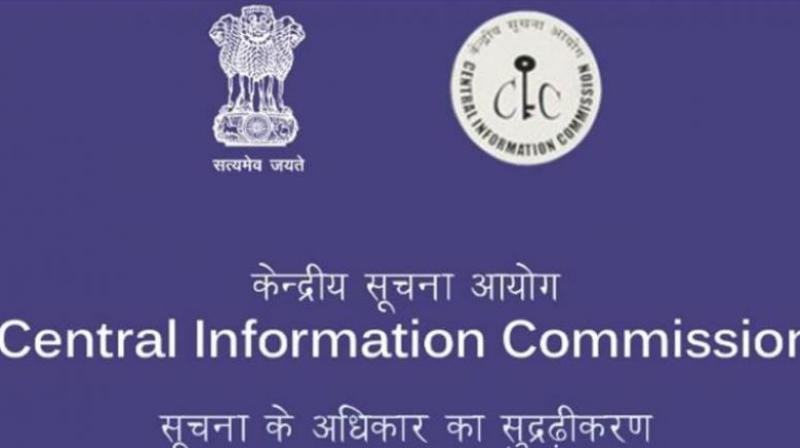 There are six ICs working in the CIC against a sanctioned strength of 10.

The salaries, allowances and other terms and conditions of service of the ICs shall be as may be specified at the time of appointment of the selected candidates. The latest advertisement seeking applications for the post of ICs make the government’s intent clear, that the proposed changes in the act may get the nod of Parliament.

Few takers for Central posts
Working at the Centre does not seem like an exciting prospect any more for many babus. The Centre had extended the last date of application for at least four Union joint-secretary level posts up to August 24. The posts come under the ministries of petroleum and natural gas, textiles, commerce and industry and health.

Though no reason is being cited, it is believed that the government was prompted to extend the date of application due to less number of suitable applicants. The posts for which applications have been invited include, chairman-cum-managing director, Handicrafts and Handlooms Export Corporation of India Ltd, Noida; secretary, Oil Industry Development Board; development commissioner, Cochin Special Economic Zone, Cochin; and senior deputy director-general (administration), Indian Council of Medical Research, New Delhi.

Of course, the government is hoping to have better luck filling the 10 positions of joint-secretary level, that have been recently opened for lateral entry from the public and private sectors.

Bihar blocks babu’s transfer
The battle of a Bihar-cadre IAS officer Jitendra Gupta seeking an inter-cadre transfer to Haryana has blown up into a major tussle. The state government has now gone to the Delhi high court against Mr Gupta’s plea requesting the transfer following alleged threat to his life from the transport “mafia” in Bihar.

In 2015, the 2013-cadre IAS officer had acted strongly against some organised gangs and has been claiming a threat to his life since, which the state government continues to deny. But recently an RTI plea revealed an internal report of the Bihar police, which corroborates the babu’s claim.

The Bihar government had moved the SC against the HC’s decision to quash the FIR and initiated departmental proceedings against the officer. He was currently posted as officer on special duty, department of environment and forest.

Mr Gupta moved the SC for an inter-cadre transfer to Haryana because he faced extreme hardships. The SC directed the department of personnel and training (DoPT) to consider the grievances of Mr Gupta and take appropriate action.

The DoPT considered his application for transfer to Haryana cadre and the latter even issued a no-objection certificate. But the Bihar government continues to oppose the transfer. The IAS officers’ association of Bihar and Central IAS Association have strongly protested the unlawful action of the state administration against Mr Gupta.